After beginning their partnership in 2010, Unit has strengthened its alliance to MotoConcepts by providing custom-painted helmets for the team’s three racers, Kyle Chisholm, Tommy Hahn and Vince Friese, as well as kitting all team members out with Unit’s trademark edgy clothing.

“There are so many strong correlations between MotoConcepts Yamaha and Unit,” says Unit’s US Sales Director Tony Dandrea. “Both companies made their assault on the US race scene in 2010 and captured everyone’s attention.

“2011 is all about building upon the strong foundation that was laid in the inaugural season, and consolidating the brands as forces to be reckoned with.”

Keep an eye out for the MotoConcepts semi at the San Diego round of the Monster Energy AMA Supercross Championship this weekend, where the riders will be signing and giving out Unit trucker caps and hot-dogs to their fans. 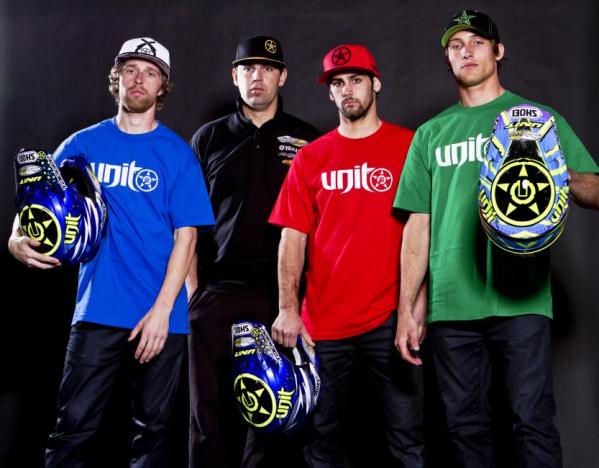