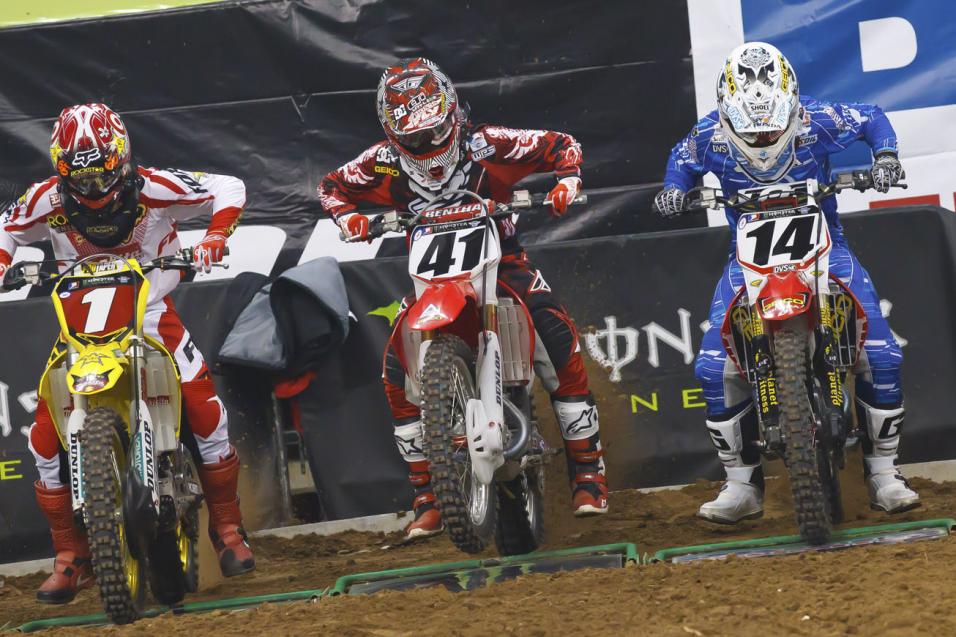 Advertisement | Advertise with Us
Reliant Stadium Houston, TX Houston Monster Energy AMA Supercross Championship
Trey Canard’s on a roll right now. From winning the 250 outdoor title last fall to representing Team USA at the MXoN to now winning his first (probably of many) AMA Supercross main event, Canard’s future looks bright. In Houston, Canard got that one thing that has been eluding him in the last few weeks and the most important thing there is to racing—the start.

Besides being very happy for Trey and his entire family once the 41 took the checkers, I started to think about the man who is now working with Canard closely and his failure to ever win a supercross. That’s right folks, more Tim Ferry talk from Matthes. But hold on here, hear me out. 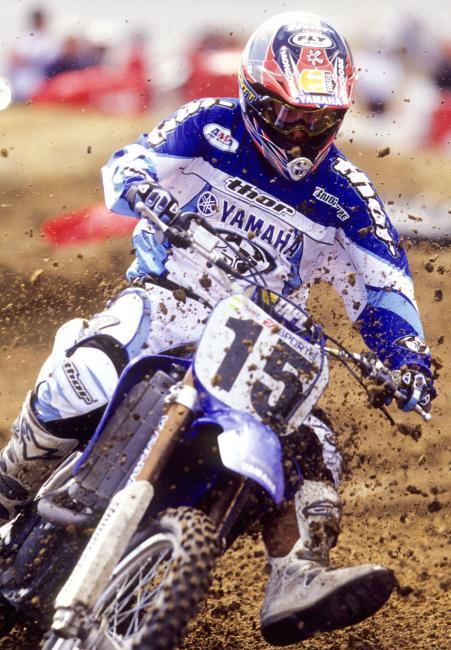 Ferry has been a mentor to Canard all season.
Photo: Simon Cudby

Ferry’s been understated about his involvement with Canard, saying many times that it’s about what Trey is doing and he doesn’t want to turn it into something about him. In fact, when I called him to ask about how many second places he got in supercross (six or seven, he figures), he didn’t want this column written. I say too bad to that request.

Red Dog has won just about everything you can in the sport, from 125 supercross to 125 and 250 nationals to racing for America at the Motocross of Nations. But something he never accomplished was winning a big bike SX main event. I’m here to talk about a few similarities from this weekend in Houston to a race years ago in Pontiac, Michigan.

When James Stewart went down in the first turn and two-time race winner Ryan Villopoto got caught in the carnage, it allowed Canard the opportunity to slip by and start putting seconds on those two. In 2002, Ferry took advantage of a Ricky Carmichael fall early on, passed Ezra Lusk on lap ten and everything was looking good for his first-career victory. Same thing with Canard, because when early leader Kevin Windham crashed, it looked like the stars were aligning for Canard to win. 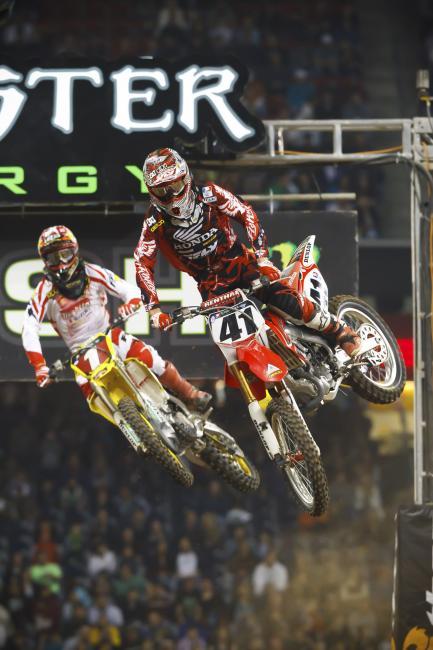 Meanwhile, back to that cold day in Pontiac there were two and a half laps left and as he was “pulling away” in the words of announcer David Bailey, disaster struck when Ferry crashed in the whoops. This past Saturday when Ryan Dungey caught and passed Trey late in the race, it didn’t look good for Canard. But to his enormous credit, Canard relaxed, picked up his pace after losing the lead and rocketed back into first.

Although close at the end, Canard held on for his first AMA Supercross win, and somewhere in Reliant Stadium there stood a guy who knew all too well how hard those wins are to get and how easy they are to give away.