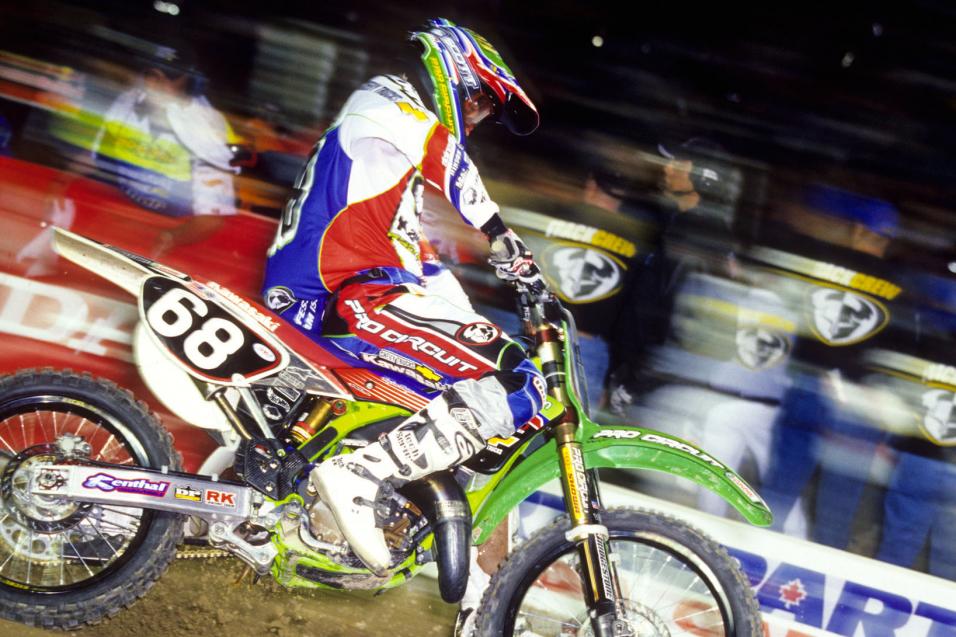 Riders have been begging for a shot with Mitch Payton’s Pro Circuit Kawasaki team for decades, but perhaps no one begged as famously as Georgia’s Matt Walker, who once literally showed up on Mitch’s doorstep promising he would win if he could just get on a PC bike.

Walker is known for having the gift of gab, and he eventually convinced Payton to give him a shot for the 2002 season. Unfortunately, The Stalker’s results weren’t very good at the beginning of the year. Factory Kawasaki’s James Stewart and Amsoil Honda’s Travis Preston were battling for the title, while Walker lagged. Payton even reportedly looked Walker in the eye after a race once and simply said, “Get better.”

Then the West Region 125 Series went on a hiatus for the East rounds. The West resumed in Houston, which would serve as the last supercross in the historic Astrodome, which had been hosting supercross races since 1974—before the term supercross even existed. 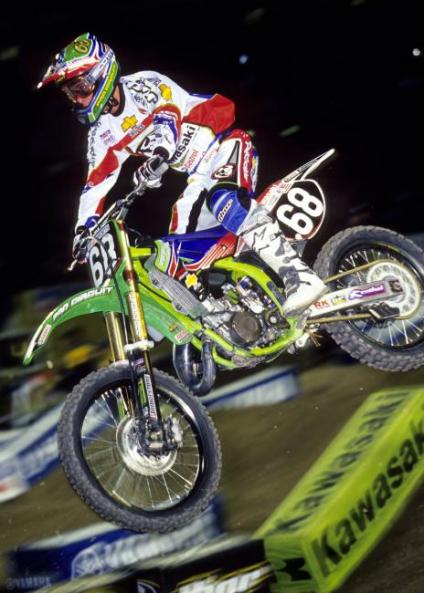 In Houston, Walker indeed did get better, all part of a shocking night for Payton’s team. First, new PC recruit Eric Sorby, in his first U.S. SX ever, pulled the holeshot. Soon Walker rolled past to take the lead and start pulling away. Stewart was down in a first-turn crash, while Preston eventually got past Sorby and into second (this would mark the beginning of the classic Sorby/Preston battles, which covered races from coast to coast in both classes). Sorby took third in his first race. Preston took second, and Walker sailed to his first SX win ever.

It would also be Walker’s only supercross win ever. Regardless, he had made good on his promise to win for Mitch.