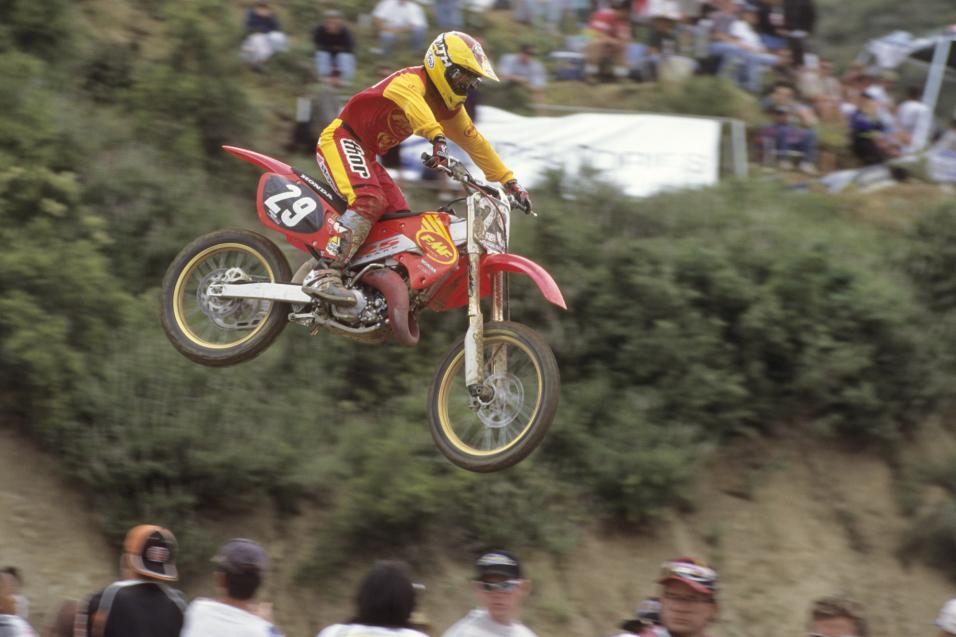 In a couple of different rounds already Stewart and Villopoto lapped all the way up to 10th place.  That’s ridiculous.  On a planet with over six billion we can’t find more than nine guys to stay on the lead lap. Is there that big of a gap in talent and bikes? Are the guys in tenth and back, out of shape?  Maybe Speed Channel pays them a bonus to get lapped so Emig can keep talking about the fastest man on the planet.

Tired of lappers…and the word planet

We are totally on the same page regarding the word “planet.” If I hear it one more time from any of the TV broadcast crew I am going to grab a ten-pound sledge hammer and obliterate my flatscreen. Then I’ll realize how dumb it was to smash my own television. Then I’ll head down to Best Buy and get an argument with some snot-nosed kid in sales about pixel size and cost comparison on the new Sony’s until I’ve finally had enough and pay full retail for it just so I don’t have to stand there any longer. Please don’t put me through all that SPEED Channel commentators. Please. The thing you have to remember about supercross is that the lap times are only 50 seconds long, sometimes less. And guys that get the start already have two full straight aways on the guys back in the pack by the end of the first lap. That’s just what happens. I realize that when you look at the population of the earth VS the number of people on the lead lap on Saturday there seems to be a discrepancy. But you should consider that over half that population lives in unimaginable poverty. Like, living on less than $2.50 per day kind of poverty. That drains the motocross talent pool significantly. This isn’t NASCAR, Skippy, so just sit back and cheer for the number 2 or number 7 bikes.

Is it just me or are all these supercross tracks BORING?  Why can't these track builders create some new obstacles like a 60ft-long, 30ft-deep hole filled with water that riders have to hydroplane across; if you lose momentum you sink and call it a night! And one more thing: if everyone wants to see more passing then open up those 180 degree turns and create an inside line instead of follow the leader around the berm !

Hang on a second. I’m still trying to figure out how anyone keeps a straight face when you walk into a meeting and introduce yourself as Charley Booger. Listen, Booger, I too would like to see some new obstacles. I think that too often the track builders are concerned with staying with tradition instead of taking some chances on new ideas. They are artists and instead of creating new and exciting designs they are producing prints for hotel room walls. You know what I mean? But this whole 30-ft deep water hole is ridiculous. Why don’t you try jumping in a swimming pool with a pair of tech 10’s on and see how that goes? Will you try that out for me, Booger? My suggestion is to sink to the bottom and run like hell because there is no way you are going to swim in those things.

P.S. I totally agree with the 180-degree turns. I’ve been preaching that for years. Good catch, Booger.

I thrust upon you a great responsibility.  But first the back story.

Every year I’m reminded how small the sport of Supercross really is.  My co-workers know I ride dirtbikes and it’s inevitable that the week before the Supercross tour comes to town (Phoenix) I get asked multiple times “Are you racing this weekend?”  Ping, I’m a weekend warrior at best (actually, more like an every-other-weekend warrior) that sits behind a desk five days a week where the only exercise I get is curling the phone when I answer it. It never fails and this happens every year.  I have started to answer their question with a question: You drive a car, right? Are you gonna race your 2002 Dodge mini-van with the primer colored front fender and stick figure family sticker in the back window when NASCAR comes back to town?

Now to the great responsibility you will now be entrusted with.  It is your job for the year 2011 to thrust this little Supercross & motocross community into the mainstream. I want it so when Supercross comes back to Phoenix in 2012 no one asks if I’ll be lining up staring down a Monster girl shaking her money maker with a 30-second board. Go forth and make it so

Motocross as a sport is relatively small and that isn’t necessarily a bad thing. Imagine everyone at ESPN and Sports Illustrated chiming in with the SPEED crew and calling James Stewart the fastest man on the Planet in unison. I’d have to tie all my shoelaces together and hang myself [see question 1]. I will not go forth and make your vision so because I feel like the bigger this sport gets the more it loses its soul. Fortunately, I do have an answer for you. It simply requires some paint, skills you learned in high school art class and the nerve to shut the guy up in the cubicle next to you once and for all. Paint your coworkers car like the attached photo and tell him enthusiastically that you’ve signed him up for the NASCAR race in Phoenix. Whoo hoo!