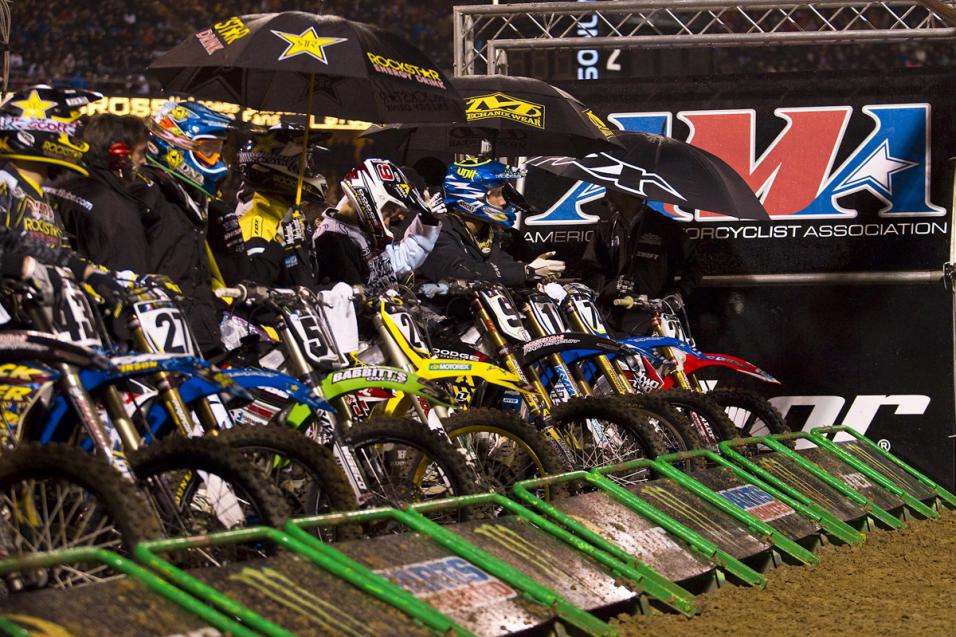 February 1, 2011 9:40am
by: Chase Stallo
O.co Coliseum Oakland, CA Oakland Monster Energy AMA Supercross Championship
Round 4 of Monster Energy AMA Supercross from Oakland left plenty to be desired in the form of the new two-headed monster of James Stewart and Ryan Villopoto. Early in the race it looked like we were set to witness another showdown between the big guns. But after making the same mistake Stewart made in LA, Villopoto washed the front-end and never recoverd from there taking home a fourth-place finish.  Meanwhile, Stewart was checking out and Chad Reed was chasing Ryan Dungey to the finish. But enough about the race; let's check out the lap charts, brought to you by Motion Pro.

James Stewart used a Ryan Villopoto mistake to blitz the field en route to his second win of the season, while in the process throwing down the second fastest lap time of the night with a 47.432 on his second lap of the race. 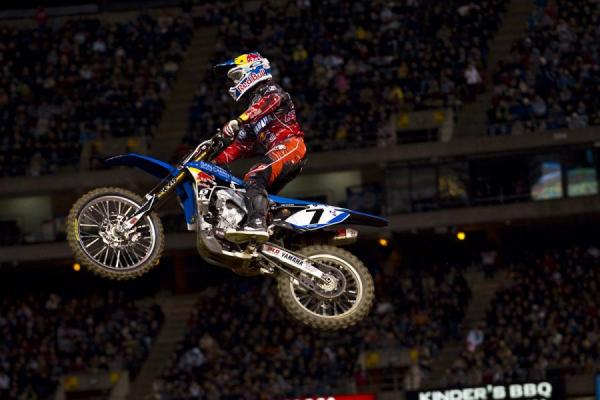 Stewart got the win, but Villopoto got the fastest lap.
Photo: Garth Milan

While Villopoto utlimatley made the mistake that would cost him the race he still managed to set the track a blaze with the fastest lap time of the night (47.285), besting Stewart by a slim margin.

Rockstar Makita Suzuki’s Brett Metcalfe had his best finish of the season thus far (fifth place) which coincidently coincided with his best lap time finish of the season—fifth. With this past Wednesday being Australia day, maybe five was just a lucky number for the Aussi—if only it would have been round four instead of five. Oh well. 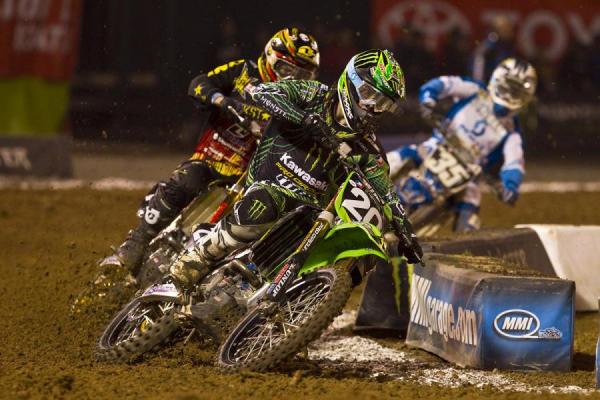 Broc Tickle bested teammate Josh Hansen on way to his first victory since Seattle last year and his second career SX victory. Tickle put down the fourth fastest lap of the night with a 48.282.

There were only four riders to have a best lap under 48 seconds and two of those four were Lites riders--the other two being Villopoto and Stewart. Josh Hansen and Germany wunderkid Ken Roczen both managed to put down fast laps under the 48-second mark. Not only were those laps the two fastest laps put down in the Lites class, but it would have placed Hansen and Roczen third and fourth respectfully in the AMA Supercross class. Impressive.