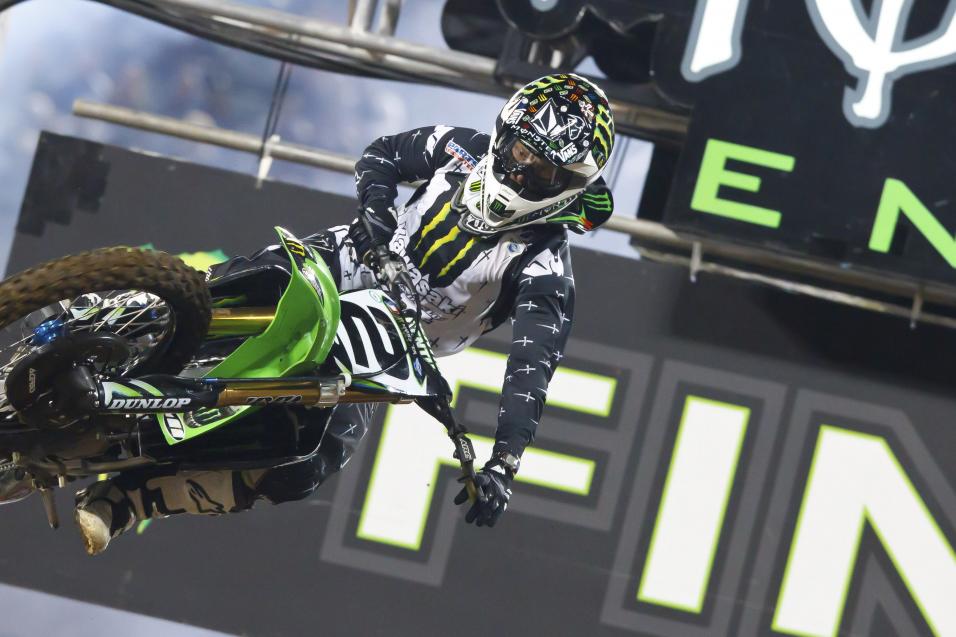 January 25, 2011 9:20am
by: Chase Stallo
Los Angeles, CA Los Angeles Monster Energy AMA Supercross Championship
With more pre-season hype surrounding the Big Four than a Justin Bieber concert, the first two rounds of Monster Energy AMA Supercross provided little fireworks in the form of bar-to-bar racing. After Los Angeles the hype can now be put to rest as the inaugural visit to Dodger Stadium provided some of the best racing the sport has seen this decade as four of the big five (Stewart, Dungey, Canard, and Villopoto) banged bars for nearly all twenty laps. With that being said, let's check out the lap charts, brought to you by Motion Pro.

Ryan Villopoto overcame a pedestrian start and blitzed his way through the field en route to his second win of the season, while in the process throwing down the fastest lap time of the night with a 51.905 on his seventh lap of the race. 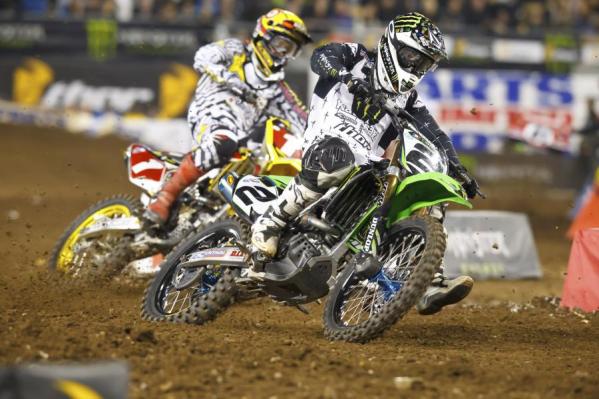 Villopoto got the fastest lap and the win in LA.
Photo: Simon Cudby

The fifth rider of the now Big Five (Canard is here to stay), Chad Reed began the night in ninetenth after getting tangled with a group of riders in the first turn. But Reed was able to rebound and make a strong push at the end and finished the race seventh, salvaging a shot at the title. Reed salvaged his night by putting his fastest lap of the night (52.402) down on the thirteenth lap, while also recording laps below 53 seconds on five of the last eight laps.

After a failed early attempt to make a pass for the lead, points leader Josh Hansen overcame a last-place start to the night and salvaged valuable championship points with a fifth-place finish. In the process he also took home the fastest lap of the night honors with a 54.325. 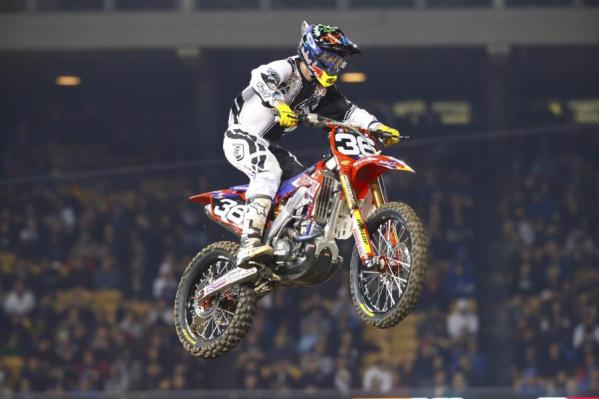 Seely didn't set the fastest lap, but he did score his first ever SX win.
Photo: Simon Cudby

Troy Lee Designs/Lucas Oil Honda rider Cole Seely led wire-to-wire in LA for his first-career SX win. But Seely only managed to put down the sixth fastest lap time of the night with a 54.625.

DNA Shred Stix/Yamaha's Kyle Cunningham continues to impress with lap times as he put down the fourth fastest lap time in LA, but the Texas native continues to struggle in the main. Cunningham got tangled with Ken Roczen at both Phoenix and Los Angeles putting himself in to deep of a hole to crawl out of.  If Cunningham can continue to put down fast laps and keep it on two wheels, he may be on the podium sooner rather than later.