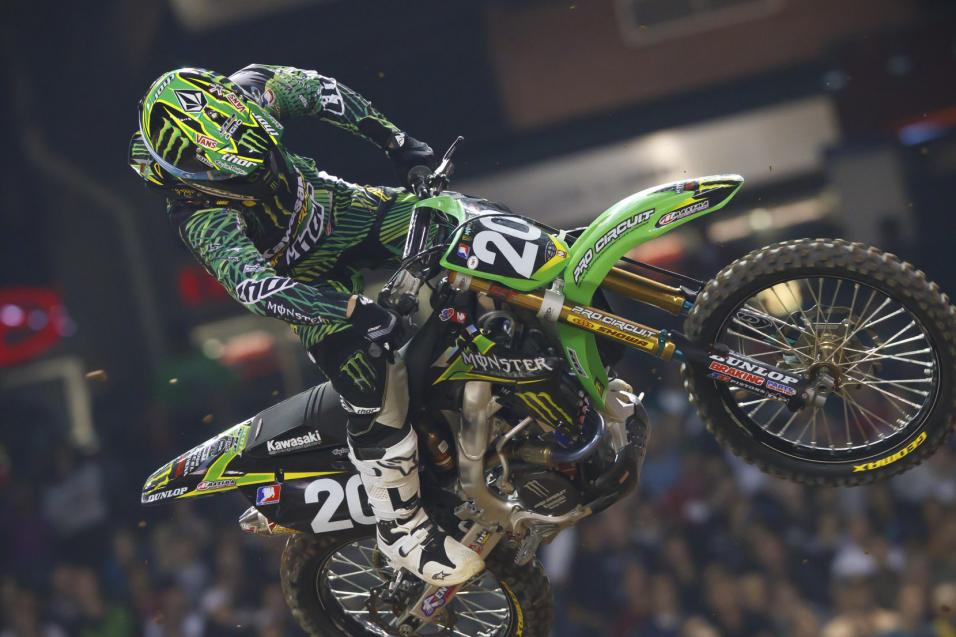 10 Things For At Los Angeles

Tomorrow night marks a new chapter for supercross in Los Angeles as it returns to the city of its birth, only now it's in a new venue. The race will air on Sunday on CBS (450) as well as SPEED (Lites). Here are 10 things to watch for:

1. Bold New Building: The fact that Dodger Stadium is hosting its first Monster Energy AMA Supercross is cool—it's one of the most sacred baseball stadiums of all. But by going there, they have clipped a sure thing, as Anaheim 2 was always a good event. Of course there will still be an Anaheim 2, but it's in the spot of what used to be Anaheim 3, and there is no Anaheim 3, and, and.... Now we're confused! The weather should be perfect, and hopefully the racing will be too.

2. Dungey In Doubt? Ryan Dungey finished second in the opener last year, then won the second round in Phoenix. This time he again finished second in the opener, but he slipped back to fifth in the second race. It's way too early to hit the panic button, and in his interview with Steve Matthes for Racer X, Dungey sounded confident that he would turn things around. But with James Stewart and Ryan Villopoto riding so well, the Rockstar/Makita Suzuki rider can't afford to let those guys get away from him in the points chase.

3. James In Charge? After coming up short the first night in Anaheim, James Stewart looked like his blazing fast old self at Phoenix, winning for the first time in a full year. He is riding well within his means, and as his own comfort level increases, so will his speed. Two in a row would not be a surprise. 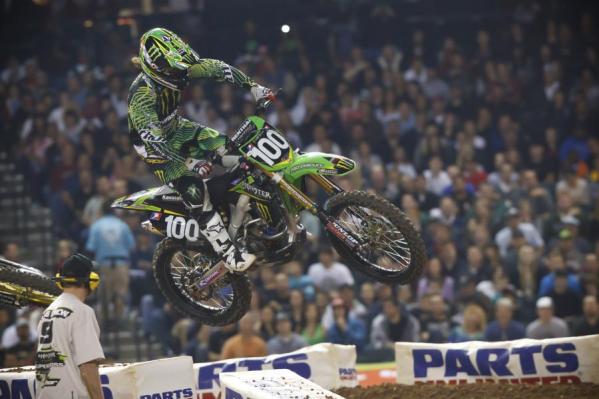 Hanny has been on fire through two rounds of Monster Energy Supercross.
Photo: Simon Cudby

4. Holeshot Hansen 2! Every moto fan knows Josh Hansen's father, Donnie, was an AMA Supercross Champion. “Holeshot” Hansen won the 1982 AMA Supercross title while riding for Team Honda. Now the kid is looking like a future champion again (albeit in the Lites class) as Josh has won two in a row to start out the West Region. The Monster Energy/Pro Circuit Kawasaki rider has been smooth, smart, and fast from start to finish.... Hey, maybe his nickname could be “Finish” Hansen!

5. Tickle Me Green. In each of his wins, Hansen has had to overtake his teammate Broc Tickle for the win. Tickle has been flying, but he's also been making little mistakes that cost him, including a crash while leading in Phoenix. If Tickle settles down, he's your best bet to top Li’l Hanny.

6. Trey's Hot Lap: Last weekend Trey Canard fulfilled two lifelong dreams: participating in the opening ceremonies as a 450-class contender and pulling a full-on goon move over the finish-line jump during the hot lap! It was hilarious. After that, Canard got down to business and rode a solid race for third. He's looking better every time he races, which spells trouble down the road for Stewie, RV, Dungey, and the rest. 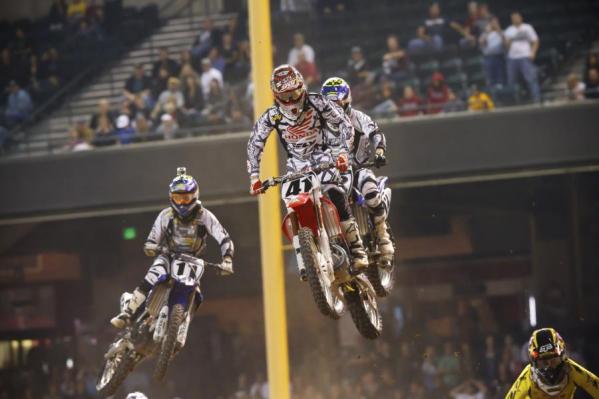 Canard is trying to make it the Big Five.
Photo: Simon Cudby

7. Fastest Man? Speaking of Ryan Villopoto, it was the Monster Energy Kawasaki factory rider who put down the fastest lap last Saturday night, not James Stewart. And just as it appeared he might start reeling James in, RV crashed in a corner. But he still got second, and he's still the points leader. When these two do finally get together, there are going to be fireworks—hopefully, it will be in Los Angeles!

8. Reed Needs Speed. Chad Reed looks good on his Honda, but he needs to go a little faster. It's as simple as that. But he's being smart about it, not taking big chances and getting the feel of his new lot in AMA Supercross as a high-end privateer. The man is a battler and it's time to ramp up his speed and get into the podium mix. 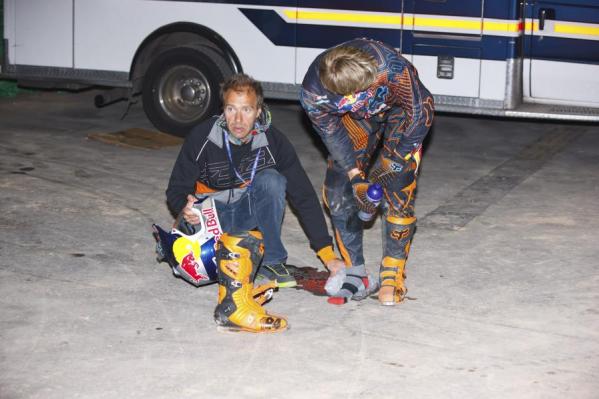 How much will Roczen's heel effect him this weekend in LA.
Photo: Simon Cudby

9. Kenny's Heel. Ken Roczen is the bombastic Red Bull KTM rider from Germany who whips it harder than anyone in practice and seems to have a great attitude and future ahead of him. But he's had a tough week, because he banged himself up good at the Phoenix SX, first in his heat race and then again in the main while battling for third. This is a textbook case of someone needing to slow down to speed up. However, it's a lesson he's learning the hard way.

10. Martin and Morais. Two riders long overdue for win in Lites SX are Ryan Morais and Martin Davalos. They have plenty of trophies—just not first-place trophies! The Rockstar Energy Suzuki riders both looked great last weekend, with Morais grabbing third. How sweet would a first-time win on the AMA tour be for one of these two very likable riders? (And yes, I know Martin won in Canada once, but that's when it didn't count on the AMA tour.)