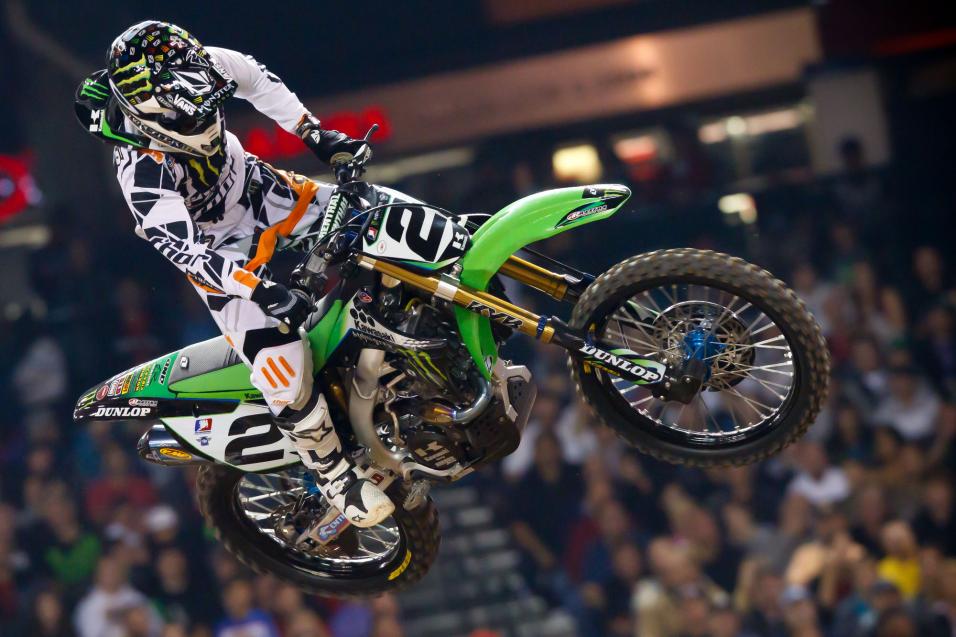 January 18, 2011 10:30am
by: Chase Stallo
Chase Field Phoenix, AZ Phoenix Monster Energy AMA Supercross Championship
Well, in Phoenix, we almost got what everyone has been waiting for since the pre-season hype of the Big Four began.  James Stewart got out to an early lead, but was being harassed early by a stubborn Ryan Villopoto.  Villopoto then took a digger leaving James with an easy victory.  Hopefully as the season unfolds the racing will become a little tighter.  Until then, at least we can break down the lap times, brought to you by Motion Pro.

Last week Ryan Villopoto grabbed the win while Stewart took home fastest lap honors. Roles were reversed at Phoenix as Stewart grabbed his first win in over a year, while Villopoto took the fast lap crown with a best lap of 48.708, edging out Stewart’s (48.886) by a very small margin. 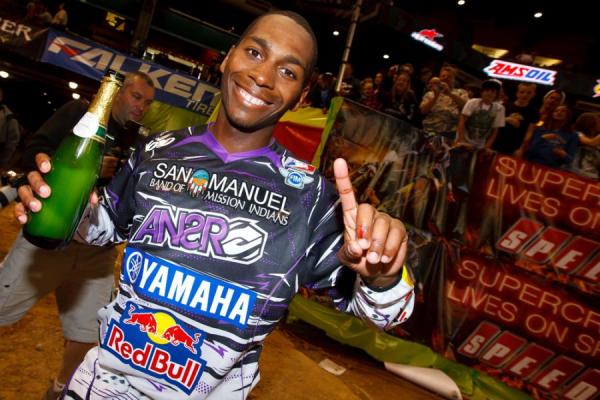 Villopoto got the fastest lap, but Stewart got the win.
Photo: Simon Cudby

In Lites, once again Broc Tickle came under pressure from teammate Josh Hansen and failed to hold onto an early lead.  But not all was lost on the PC rider, as he took home fastest lap honors (50.470) for the second week in a row. 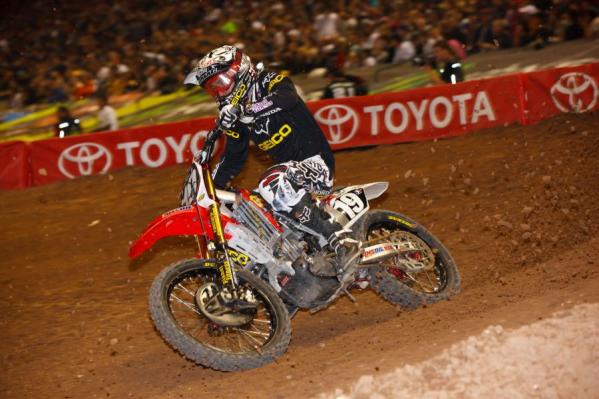 Tomac set the second fastest lap of the night with a 50.543.
Photo: Simon Cudby

Hansen took home his second victory in as many races, while posting the third best lap time, 50.563, trailing only teammate Tickle and GEICO Honda’s Eli Tomac.

Speaking of Tomac, the rookie sure did make up for a lackluster showing at A1.  Making a hard charge through the pack Tomac managed to pick up the second fastest lap of the night with a 50.543.  If Tomac can begin to put down faster laps earlier in the race (his fast lap at Phoenix came on the ninth lap) he may find himself on the podium sooner rather than later.