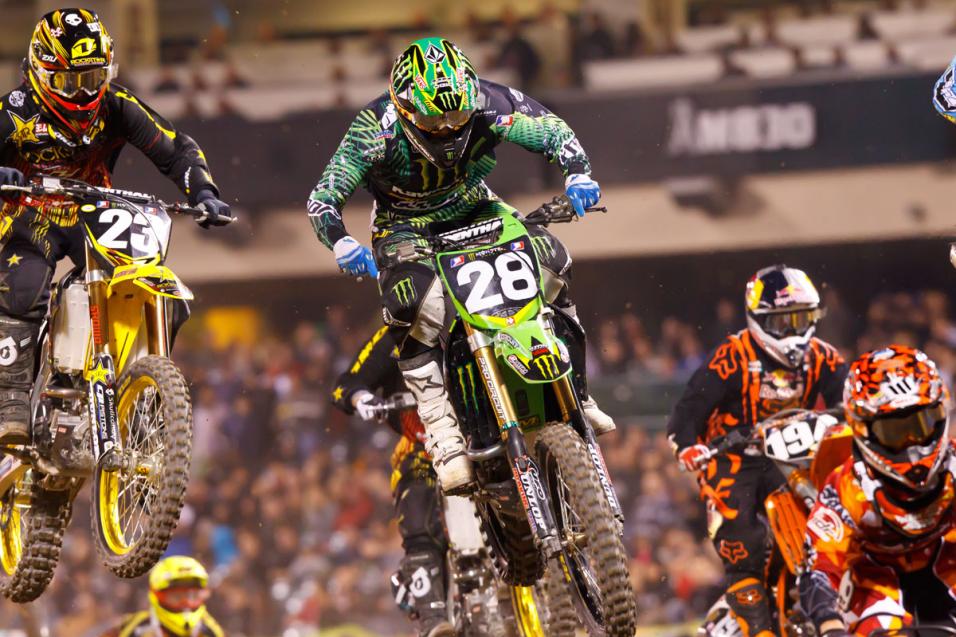 January 11, 2011 4:15pm
by: Davey Coombs
Anaheim, CA Anaheim 1 (A1) Monster Energy AMA Supercross Championship
There are decisive moments in every race—the holeshot, the pass for the lead, the big crash—that are easy to follow. Other moments are less obvious in their meaning, ones where the bigger picture is exposed or where an underlying story plays out, giving us a glimpse of something more detailed. This is one of those moments.

The Lites main event went off on Saturday night with no less than seven of the twenty riders—nearly a third of the field—making their first starts in Monster Energy AMA Supercross. The most heralded, of course, were German wunderkind Ken Roczen (#194 here) and his American counterpart Eli Tomac—Grand Prix and AMA Motocross winners, respectively, as pure rookies. Also making their first AMA SX starts were U.S. kids Christian Craig, Dakota Tedder, and Nick “Snookie” Paluzzi, plus Australian KTM rider Ryan Marmont.

And then there was this rider Tyla Rattray, #28. A former MX2 FIM World Champion, the South African has been with Monster Energy/Pro Circuit Kawasaki for two full years, but he had somehow failed to make it to the starting gate in AMA Supercross until Saturday night at Anaheim's Angel Stadium. Rattray was not the oldest rider in the field—winner Josh Hansen, eighth-place Ryan Morais, and eleventh-place Antonio Balbi are all older—but he was easily the oldest SX rookie. And he was the best, too, finishing third in his first career AMA Supercross main event. 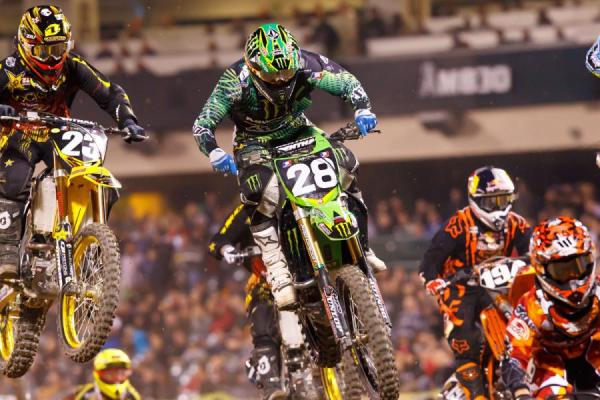 One more thing about this moment that might not jump right out at you: there are five different countries represented in this photo. Martin Davalos (#23) hails from Ecuador, Tomac (below Davalos' front wheel) is from Colorado here in the U.S., Rattray is from South Africa, Roczen is German, and the rider in the lower right-hand corner is Marmont, the young Australian.

The moment captured in this photo shows the global reach of Monster Energy AMA Supercross, an FIM World Championship, and this is only the Lites class! With a sold-out crowd of 45,000-plus filling the stadium, a massive TV audience watching live on SPEED, and so many nations represented out there, this series is definitely off to a great start.

And so is Tyla Rattray.