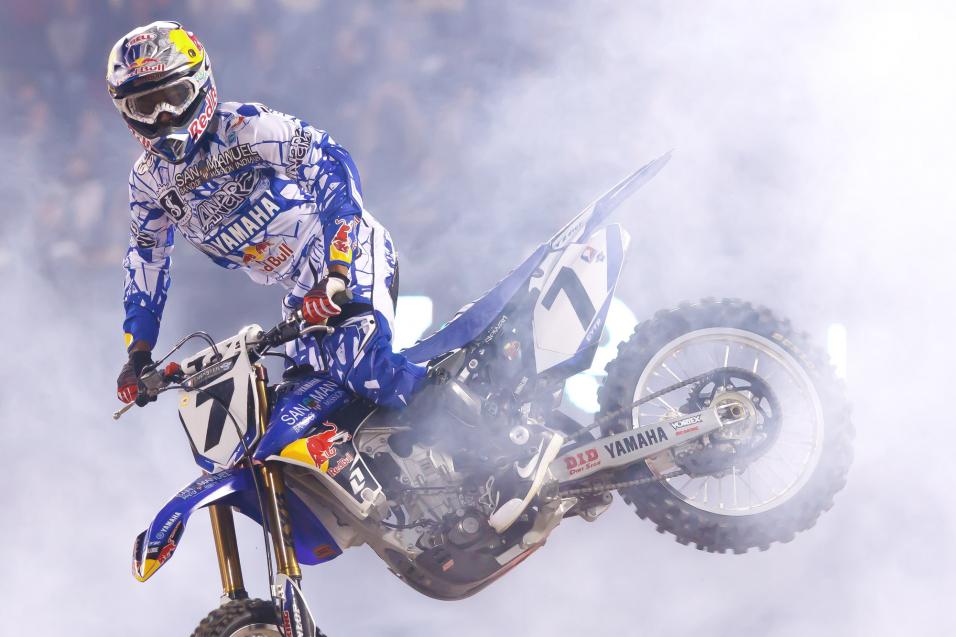 Anaheim provided little drama as we got about what we expected out of the opening round of the Monster Energy AMA Supercross series. All five pre-season favorites (Dungey, Stewart, Villopoto, Reed and Canard) in the AMA Supercross class placed inside the top-five. In the Lites class, Monster Energy Pro Circuit picked up right where they left off, sweeping the podium in dominating fashion.

But if you dig a little deeper and take a look at the lap times you will see that in fact A1 did actually provide a few surprises. Check out the lap charts sponsored by Motion Pro to find these hidden gems.

Are you really surprised to see James Stewart atop the leader board? In his first race back after a broken wrist cut last season short, Stewart was on a mission to prove he is still the best in the world. He set the track ablaze while posting the best lap time of the night with an outstanding 58.006 on the eleventh lap.

But another rider that was returning from a devastating injury, Ryan Villopoto, proved he has what it takes to be a real title threat this year. And oh yeah, he posted the second fastest lap time with a 58.850, only a few milliseconds off Stewart’s pace.

Five riders managed to record lap times under one minute, and one of those riders was not Chad Reed. Dungey, Stewart, Villopoto, and Canard all managed to post a lap under the one minute mark. The only other rider to accomplish that feat was none other than Ivan Tedesco, who posted a 59.936 on the third lap. Reed’s fastest lap was just over one minute at 1.00.065 on lap eleven.

While he wasn’t able to close the door on his first victory of the year, Broc Tickle was able to nail down the fastest lap time of the night with a 1.00.034 on his way to a strong runner-up finish. 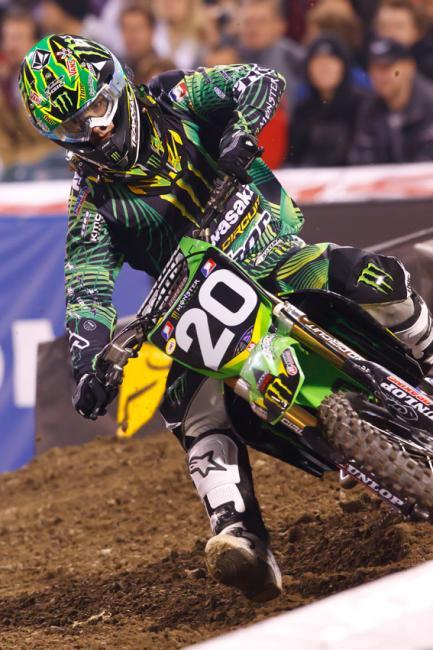 Tickle missed out on the win, but he did take fastest lap time honors.
Photo: Simon Cudby

Josh Hansen was able to break out of his typical early season struggles and post the second fastest lap time, 1.00.144, on his way to his first A1 victory.

Australian supercross rookie Ryan Marmont had a night he would rather forget as he only managed a fourteenth-place finish in his maiden supercross voyage. However, one thing he can take pride in is that his fastest lap came on the fourteenth lap of the night. Marmont has proven he can win down under and judging by his fastest lap coming on the second to last lap, maybe all he needed was to get the first race bug-a-boos out of the way before he really shows us what he can do.