Villopoto opened the 2011 season last weekend in front of a sold out crowd at Angel Stadium to lock in his 10th Supercross class career victory. Villopoto kicked off the main event trailing holeshot victor and Dodge/Hart & Huntington Kawasaki’s Ivan Tedesco. With three laps in, Villopoto managed to muscle his way to the front and held this leading position for the remaining 17 laps. 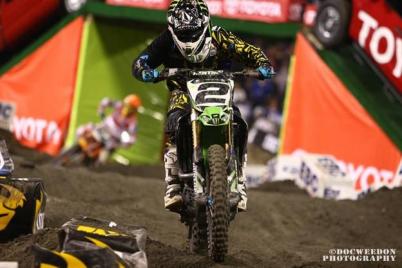 “This is a nice way to start out the season,” said Villopoto. “Starting out this way makes things much easier. I hope I can start putting together some more wins and a championship this year.”

Defending Monster Energy Supercross champion Ryan Dungey of Belle Plaine, Minn., finished second overall, two seconds ahead of San Manuel Yamaha’s James Stewart. Despite a rough mid-pack start, Stewart charged through the field and by lap 12 had worked his way from 15th place to third, eventually moving on to secure a podium position.

“I got off to a decent start and had to play some catch up out there,” said Dungey. “During the week, I’m going to work hard to get ready for Phoenix. I’m glad that I put my Suzuki up on the box tonight.” 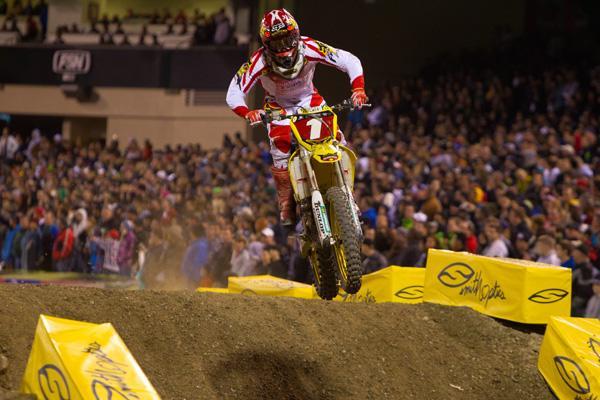 “I almost went down a few times,” said Stewart. “Next week, I’ll work on my starts and be prepared for Phoenix. I tried my best to get up there. Once I got into third, I tried to make up some time on Ryan (Dungey) but ran out of laps.” 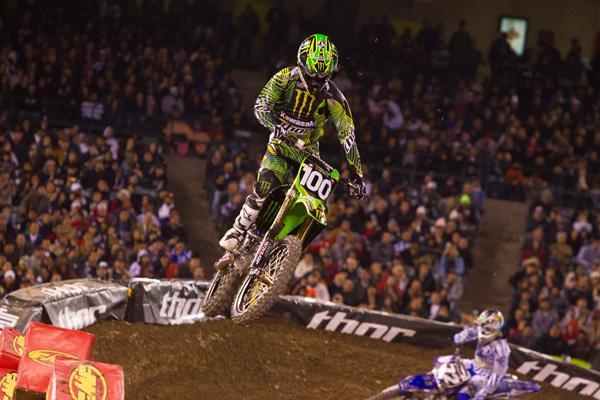 “I’m happy to be here and get back on my feet and head down the right path,” said Hansen. I have a great crew around me, and I am really excited about tonight. I have a lot of people to thank for sticking by me. I’m excited for the season.”

Tickets are available at the Chase Field Box Office, all Ticketmaster retail locations, charge by phone at (800) 745-3000, SupercrossOnline.com, or online at www.ticketmaster.com.

For more information on the Monster Energy AMA Supercross, an FIM World Championship, please log on to www.SupercrossOnline.com. For all media requests, please contact Denny Hartwig dhartwig@feldinc.com or 630-566-6305.