Albertson has made the choice of the 2011Honda CRF450 to make his AMA Supercross debut in the premier class at Anaheim 1. Returning from a year racing the World GP’s, Jimmy will be sporting #108 for 2011 after earning National #34 before going overseas.

When Jimmy was asked about his rookie debut in the 450 class, and how he would approach Anaheim 1 against the deepest field in SX history, here was his response. “I have been training hard the last couple months to be ready. I was able to test my race bike a couple days ago, and Jim Lewis {Merge Racing} has put together a great bike for me. I am just going out and make the mains first, and then put in my best effort. 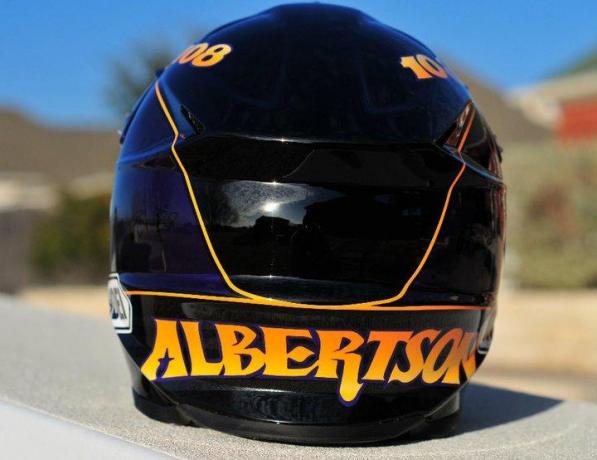 “The overwhelming support of SPONSORS to join the race effort has been such a motivator, and without them racing would not be possible”, commented Gregg Albertson.

The most humble Champion in the sport…. Trey Canard is giving his 200% to assist his long time friends to compete at the top level of the sport.

Albertson Team Racing will also be joined by three new outside sponsors to the sport. Two companies that will debut their new products for the US market are Blanco Basura , Pompis Energy Drink . Look for the Blanco Basura display in the pits for some free giveaways. SP Engineeering is an innovator, service facility, and distributor of all levels of performance enhancement… specializing in Japanese and European automobiles..

A sponsor not new to racing by any means, and is now making a large impact on the motorcycle racing market is Renegade Fuels.

Albertson Team Racing is offering “TITLE SPONSORSHIP” opportunities at each of the 17 major cities around the country on a “race by race” basis to concentrate on your local market .Learn how to be  a “RACE TEAM OWNER” for day in a ”STADIUM NEAR YOU”.