Robertson wins the 7-9 50cc Modified class at Ariz. Amateur Open of MX for his 20th national win on a Cobra

HILLSDALE, Mich – While many of today’s top pro motocross racers cut their MX teeth in the saddle of an American-built Cobra, a young guy out of Bakersfield, Calif., is putting up numbers worthy of calling him the Most successful Cobra racer of all time.

Stilez Robertson - all seven years, 62 pounds and 52 inches of him – tore it up this year, winning major amateur MX national titles at Lake Whitney (Texas), Las Vegas’ World Mini GPs and the Amateur Open of Motocross in Arizona. His effort brought his overall win total to 20, tying Cobra’s Adam Cianciarulo for the most wins ever on a Cobra 50cc bike – and Robertson still has another competition year to go on his Cobra King 50!

"Cobra’s proud to have been an integral part of Stilez’ race career and look forward to his final year on a Cobra in 2011," said Sean Hilbert, President of Cobra Motorcycles. "He’s been at the top of his class for a number of years in the highly competitive west coast motocross scene and proved he can race with the rest of the nation by winning the 2009 4-6 title at Loretta’s."

Following the same course as Cianciarulo to Team Green, both racers would actually record 20 amateur national wins in four years of racing – Cianciarulo doing so after taking his seven-year-old season off to move up to the 65cc class. He (Cianciarulo) then moved back to the King Cobra at eight years old and wracked up win No. 20. So Robertson’s final full season on the King Cobra should most certainly put him well past his Team Green counterpart on Cobra’s all-time win list.

Here’s a look at Robertson’s career record with Cobra:

Next up for Robertson and his Cobra King 50 is the 35th annual GNC International Motocross Final, March 15-20, at Oak Hill, Texas. 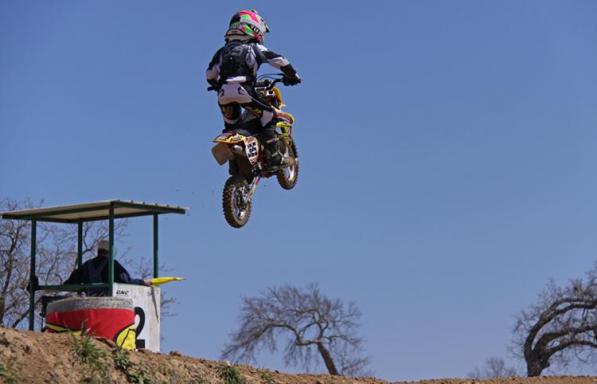 High Profile Public Relations (HPPR), LLC, is a multi-faceted communications agency specializing in strategic media relations – both industry and mainstream – for the powersports and action sports communities. Dialed in with all forms of power and action sports, its participants, manufacturers and live event promoters, HPPR’s Pat Schutte can be reached at (734) 369-2170 and pat@highprofilepr.com.