San Bernardino, Calif. – November 7, 2010 – The 26th World Vet Championship finished up an outstanding weekend of racing at Glen Helen Raceway today with a perfect 1-1 performance by Honda-mounted Ryan Hughes in the 30+ class.

"Ryno" took the holeshot in both motos and immediately pulled away from the rest of the field. With Hughes commanding the lead in both motos, the real race was the battle for second place between KTM-rider Mike Sleeter and defending champion Doug Dubach.

In the first moto, Dubach reeled in Sleeter in the closing stages of the race. On the last lap, Dubach made his move into second and it looked like Sleeter was prepared to stage a counter-attack. Sleeter made a mistake, however, and Dubach consolidated a fine second place finish. In the second moto, it looked to be another close race, but it was Dubach who made the mistake this time. Sleeter was able to capitalize and stretch out a comfortable gap, crossing the line in second place for second overall. Dubach hung on to third ending his 18 consecutive title winning streak.

"It was a fun day today," a jubilant Hughes said from the top step of the podium, "Doug and Mike kept me honest all day but in the end things went my way. I got good starts and rode well, I was able to pull out good leads and just concentrate on riding smooth."

It was a great weekend for Glen Helen Raceway. Perfect weather, outstanding racing in all classes and over 1600 attendees made for a fun weekend for all. C'mon back next year and we'll see if Hughes can hold on to his title. Dubach will probably be out to regain his crown. 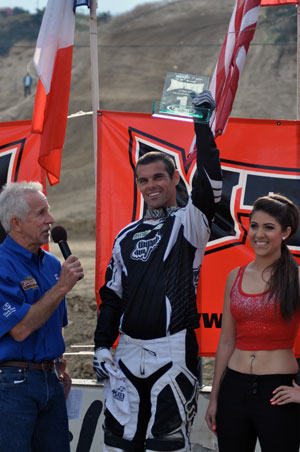 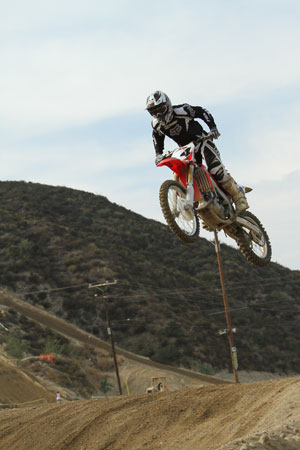 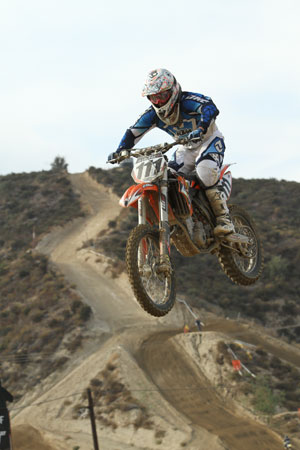 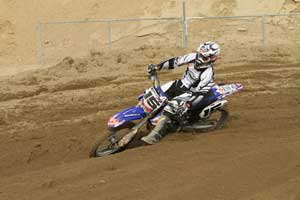 The Doctor is already writing a new prescription for next year.