Well they say what doesn't kill you, will only make you stronger. If that were the case, then last week would have been a high intensity strength workout. With Launceston being located in Tasmania, which is an island off the main land of Australia, they do not have near the resources to pull from. That said, the equipment was definitely not the latest technology. So we knew it was going to be a battle from the get-go. We just tried to keep a positive outlook and deal with the task at hand. Next hurdle, the dirt. If you can imagine what slabs of sun-baked modeling clay would look like, that is what we would have to build the track with. This left us scratching our heads while we tried to come up with a plan on how we would form these chunks of clay into a track. Without a bulldozer to help break up the large chunks of clay we used trial and error to come up with a system that would work. In the end, the new method of track building was to dump the clay into large piles, then beat it down with the bucket of the excavators. Once our pile was formed we would use the cutting edge of the excavator buckets like a knife, and cut the excess clay off the pile, which would form our jumps. This left me reminiscing about my high school pottery class, only on a much larger scale. It did not take us long to figure out the the skidsteers were not nearly strong enough or heavy enough to carry out there normal task of putting the final clean-up on our oversized sculptures. Back to the drawing board.

With rain in the forecast and the unfinished appearance of the track, I decided it would be best to use a track-building secret that I learned from my buddy Brooksie and find a top dressing. I jumped in the truck with the dirt broker and we went on a scavenger hunt to find the right material. What we found would prove to be orange gold. The material was 70% sand 30% clay mix that would allow us to put the butter smooth finish on the track. Finally at 12:30 a.m. Saturday morning we completed the track. After all the pounding and sculpting of the clay, the extra time to lay a complete blanket of finishing material, and some track changes the Dream Traxx crew still came out on top. The never say die attitude of my crew is something I can't begin to thank them for.
After the riders track walk there was some question to why there were not any whoops. With the nature of the clay and lack of a dozer, there was no way for us to build a safe and proper set of whoops. What we did build though, was a very tricky sand section that would allow you to make a serious time advantage if done correctly.  Once practice got under way, our efforts were rewarded by all the positive feedback that we received from the riders. The top layer was mixing perfectly with the under-base and created a great surface material.
The last hurdle was the high percentage of rain, and mother nature did not let us down. Right before track maintenance, the rain began to fall. Here is where the top surface layer that we put down proved its worth. Because of the higher sand content in the material, it absorbed the rain like a sponge, and the orange color shined like gold to us.
All obstacles had been overcome and we had some great racing. It is challenges like these that leave you the proudest when you succeed. I can't say enough about my crew this year and could not have done it without them. I am looking forward to my much-needed week off. Then it is 2 rounds in New Zealand, before heading back to Australia for the final 2 races.
To check out more on SuperX  visit www.superx.com.au . For more information on Dream Traxx visit www.dreamtraxx.com, www.facebook.com/dreamtraxx, and follow us on www.twitter.com/dreamtraxx 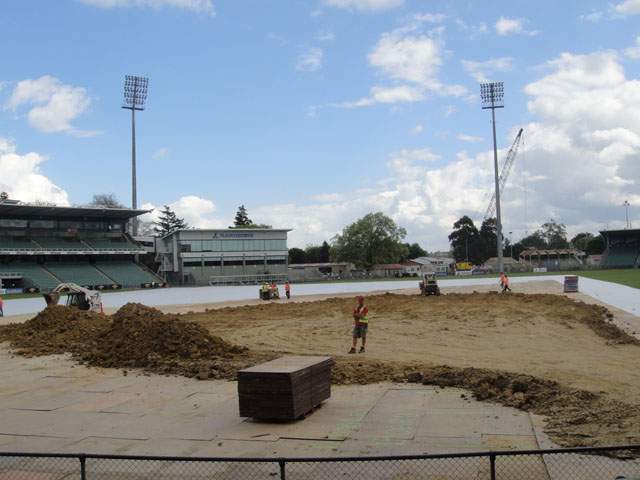 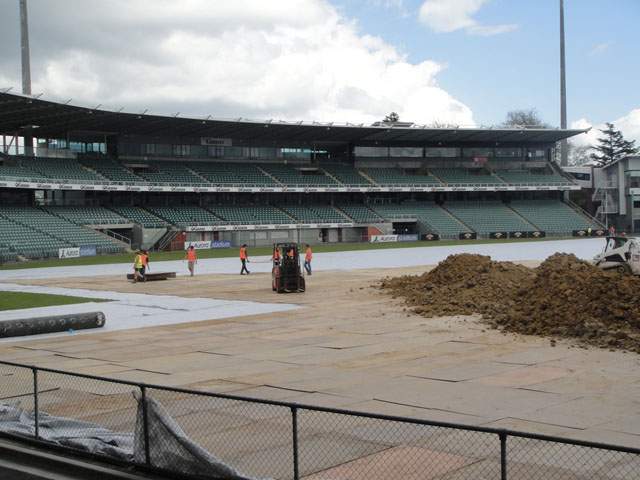 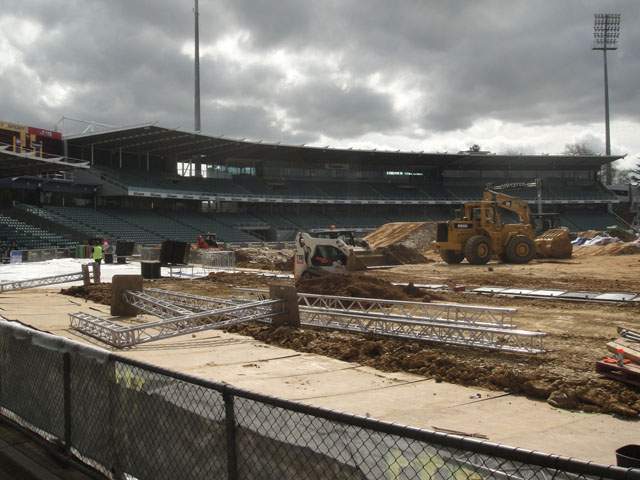 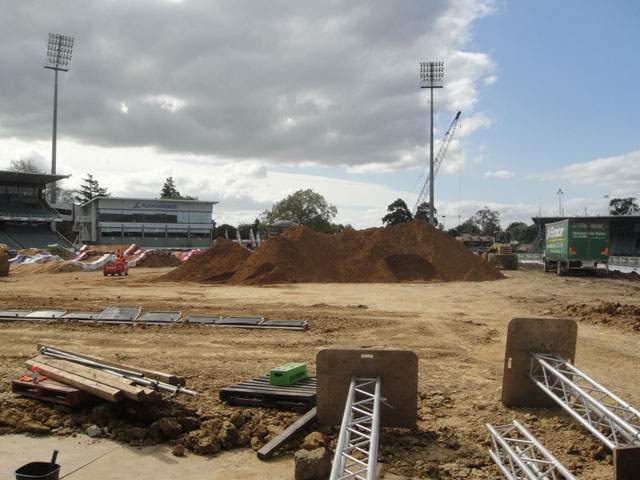 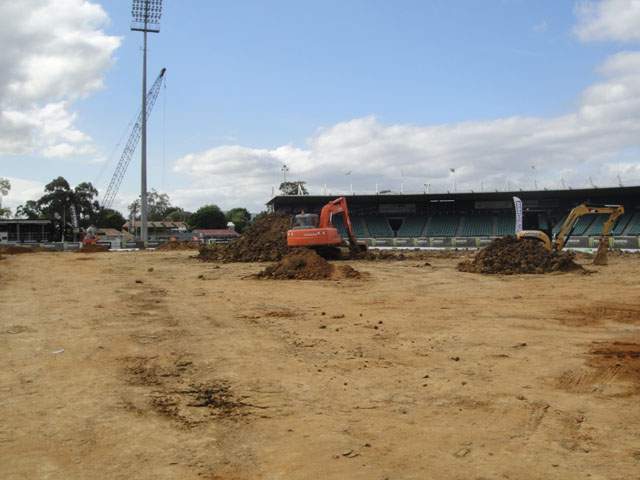 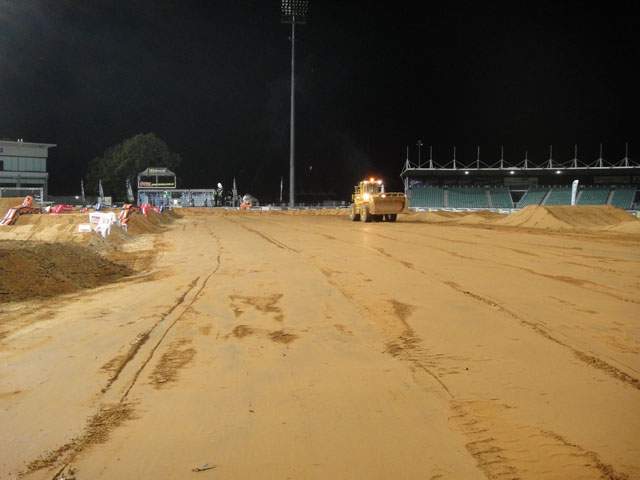 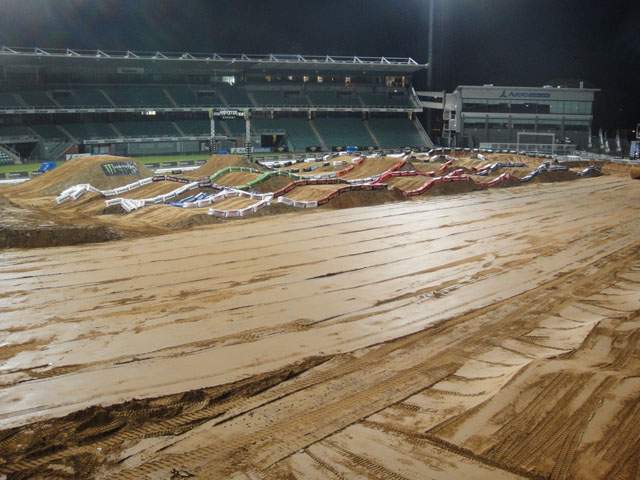