KTM, the brand that dominated the 2010 MX World Championships has announced at its headquarters in Mattighofen, Austria that it has secured the services of American racer Andrew Short for the Red Bull KTM factory team to compete in the USA from the 2011 season.

Short, who raced with the winning team to secure the MX of Nations title for the USA this month in Thunder Valley, Colorado will be part of the team lineup under the guiding hand of one of the sports most distinguished team managers, Roger DeCoster. DeCoster was also the man behind the USA's successful title at the MXoN. Short's selection to represent the USA at the MXoN underlines his status as one of the finest riders of his nation.

While selection for Team USA was an obvious highlight for Andrew in 2010, he also finished third overall in the AMA Nationals and came back after injury to finish strongly in the SX competition, including being on the podium a number of times.

Andrew (Shorty) Short will ride for KTM in the SX and MX Open class competition in the USA and will be a factory teammate to KTM's Mike Alessi and MX2 world champion Marvin Musquin in the national MX competition. In addition, Ken Roczen, also new to the Red Bull KTM factory team in 2011, will, like Musquin, compete in the Supercross. After the SX, the young German rider Roczen will return to Europe to ride for the KTM factory team in the World Championship GP series.

"With Andrew, Mike, Marvin and Ken we have a solid lineup for our first year as a full factory racing team in USA competition. Under the guiding hand of Roger DeCoster, one of the most experienced and respected figures in the sport, we expect that this team will lay the groundwork for emulating the success we now enjoy in Europe."

"I have known Andrew for many years and of course we had closer contact this year when preparing and racing for the MXoN. I am looking forward to working with him and the other KTM riders as we begin testing and preparing for the coming season. We now have a strong team and one with real potential."

Born in Tulsa Oklahoma but resident in Smithville Texas, Andrew Short began riding (and racing) at just 5-years-old. He is married and has a daughter. He is a high achiever who believes that "You're only as good as your last race". In September Andrew also recently featured on the cover of Racer X magazine. 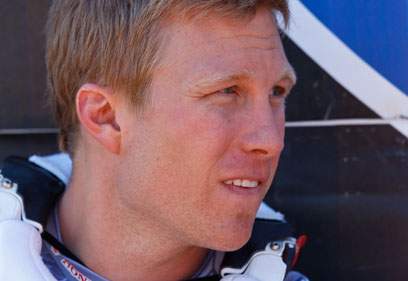