Airing Tuesday, October 5 at 9:30 pm Eastern Time (6:30 pm Pacific Time), Ashley Fiolek and musical guest Sick of it All will appear on "The Daily Habit."

Today on The Daily Habit, two-time WMA Pro National Champion, motocross phenomenon Ashley Fiolek drops by the studio. The 19-year-old tells her story of growing up on a bike, writing a book and of course her method for domination on the dirt. Also, correspondent Jackie Pickering talks to all the big athletes at this year’s ESPY Awards in Los Angeles. Closing out the show, New York punk mainstays Sick of It All drop by the studio for a performance on the Stride Sound Stage. 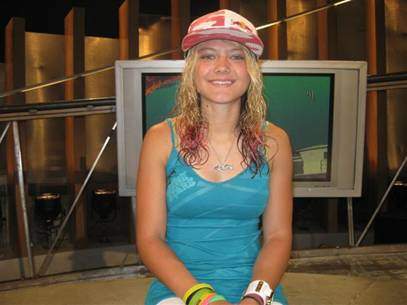 About FUEL TV
FUEL TV is the only cable and satellite television network that features the exciting world of adrenaline and thrill-seeking sports and the stories that surround them. This new generation of sports provides a rich landscape of some of the most vibrant and action-packed television entertainment in the world. See why young adrenaline sports fans call FUEL TV the channel they never turn off. FUEL TV, part of FOX Sports Media Group, was launched July 1, 2003 and is seen in more than 30 million U.S. homes. FUEL TV programming is available in more than 50 countries around the world with 24/7 channels operating in Australia and Europe. To subscribe to FUEL TV, call 877-4-FUEL-TV. For program times and other information, visit www.fuel.tv.