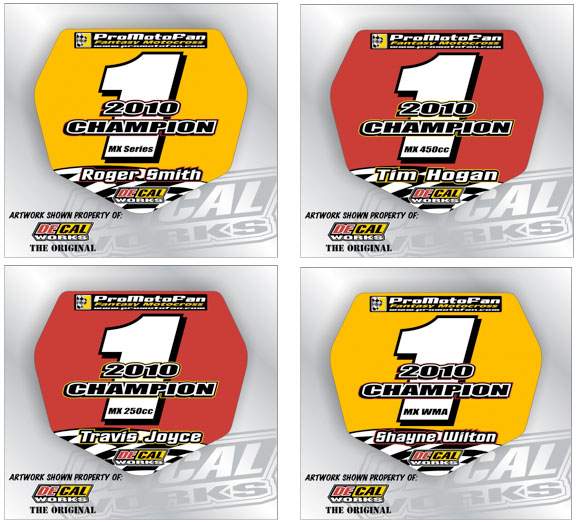 ProMotoFan.com would also like to express our appreciation to ALL the fans who participated throughout the series, as well as, to all our amazing sponsors who made this possible for the fans. Thank you! MotoCrossGiant.com, DeCal Works, KTM USA, Scott USA, Mechanix Wear, Fly Racing, Fuel Clothing, Pit Posse Motorsports and Rockwell Time.
Up next is the 2010 PMF Fantasy MX of Nations for cash and prizes! Visit www.ProMotoFan.com to play!
About ProMotoFan.com:
ProMotoFan.com is home of The Premiere Fantasy Racing Series for Pro Motocross and Supercross in the United States, and is dedicated to providing fans, industry, and fellow racers a unique opportunity to support privateers and the sport.