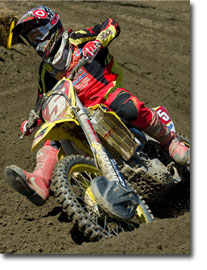 Chino, Calif. – September 13, 2010 – Yoshimura R&D of America finished off an impressive 2010 AMA Pro Motocross series on Saturday at Pala Raceway in Pala, California, with two convincing victories. Ryan Dungey capped off his astounding rookie year with 1-1 moto wins, earning his 10th overall victory of the season and putting him in the record books as the most successful rookie ever in motocross. Dungey secured the 2010 AMA Pro Motocross Championship at Round 10 of the series, giving him his second championship of the year after earning the 2010 AMA Supercross title in May. Another phenomenal Yoshimura racer, Ashley Fiolek raced with amazing heart and speed at Pala and ended her year in the WMX with a first-place finish for the day and second overall in the championship run.

Round 12 at Pala Raceway marked the first time the series has visited the track, and with its pleasant weather and proximity to the hub of the motocross industry in Southern California the track was packed with fans of racing. The wait to get into the race was worth it as the 450 moto kicked off with Andrew Short taking yet another holeshot with his Yoshimura-powered Honda CRF450. Short took the initial lead, but Dungey wasn't far behind. Though Short tried to keep Dungey at bay, by the third lap Dungey and his RM-Z450 that's fully loaded with unstoppable Yoshimura power took over the lead. From there, Dungey methodically put time between him and the rest of the racers and checked out. Short meanwhile tried to keep a firm grip on second, but ended up battling with another racer for the spot. Andrew wanted to finish well so he could earn enough points to take second overall in the championship, and though he made a great effort, he crossed the finish line in third. His teammate Kevin Windham jumped across the finish line in seventh place after a long battle with the rough track and fierce competitors for the entire 30-minute moto.

The second moto of the 450 class was just as thrilling as the first. Short again made full use of his Yoshimura power and grabbed the holeshot. Andrew had a lot of racers bearing down on his rear tire, but he kept his mind clear and raced well. Dungey didn't have as good of a start as he would've liked, and ended up coming through the first turn in about eighth position. Despite the fact that Dungey already had the championship sewn up, he never backs down from a challenge. He set his sights on getting himself to the front of the pack. Dungey picked great lines on the rough track and used the Yoshimura power of his Suzuki to propel him past the racers ahead of him. Dungey eventually passed Short and took the lead by the midway point in the race and never backed down. Dungey scored another moto win for a perfect way to end his incredible season. Short finished right behind Dungey for second, giving him second overall for the day and third in the championship for 2010. Kevin Windham had another solid moto and he placed eighth, putting him in seventh overall at Pala. Though Windham was filling in for the injured Davi Millsaps, he definitely left his mark on the series winning Round 11 and giving him his first motocross victory since 2007. Windham finished 14th in the series, impressive seeing that he only raced six of the 12 races on the circuit.

In the WMX series, reigning champ Ashley Fiolek had a big mountain to climb with her Yoshimura-equipped Honda CRF250. She went into Pala second in points and 22 points back from the leader in the series. Fiolek showed her fans and the other racers in the class that though she probably wouldn't be able to keep the No. 1 plate on her bike, she wasn't going to just coast through the race. In moto 1, Fiolek set her sights on winning. She picked great lines but was unable to get herself in the front of the pack when the checkered flag waved. She finished second in the moto, but knew she had one last chance to prove that she is a true champion. Ashley didn't let anything hold her back in the second race of the day, and even though the track was really rough from the entire day of racing, she kept the power flowing and he bike gliding over the bumps and jumps. She was victorious and took the overall for the day, and she finished second overall in the championship points chase.

Yoshimura would like to thank all of its racers for giving them a great year at the track! 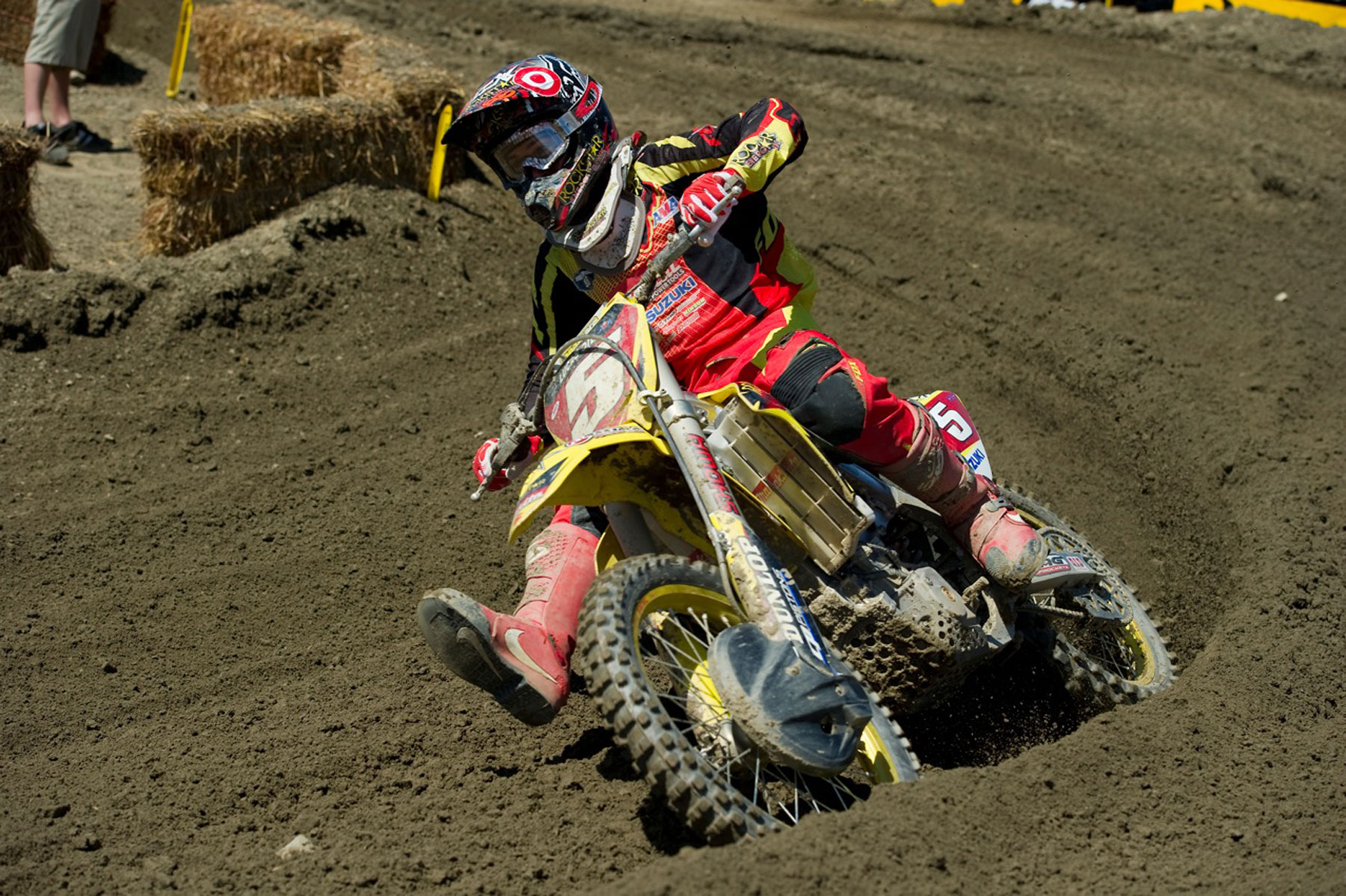 Ryan Dungey and his Yoshimura-powered RM-Z450 had a perfect day at Pala with 1-1 finishes. 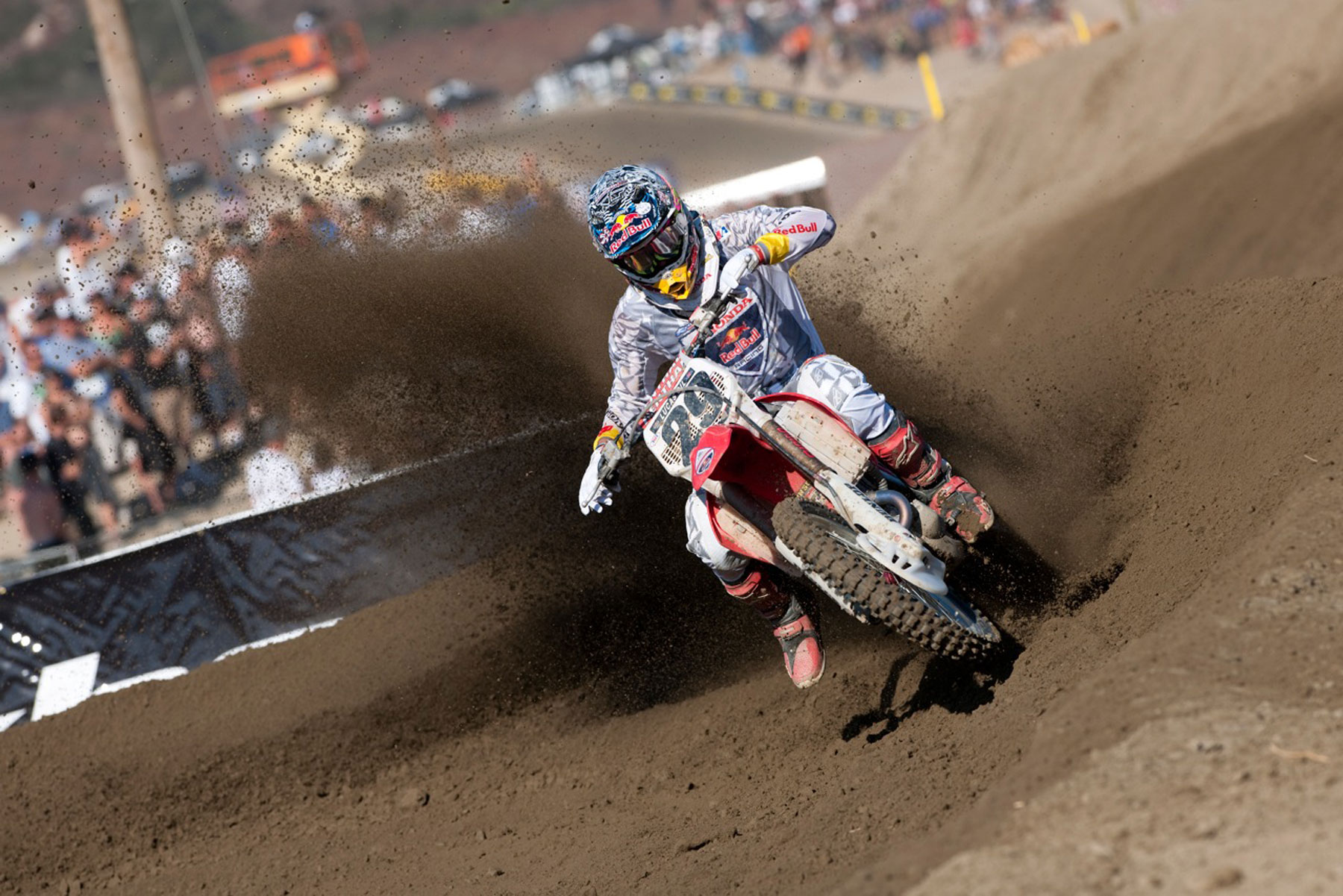 Andrew Short has his starts dialed in, and they helped get him second overall for the day at Pala. 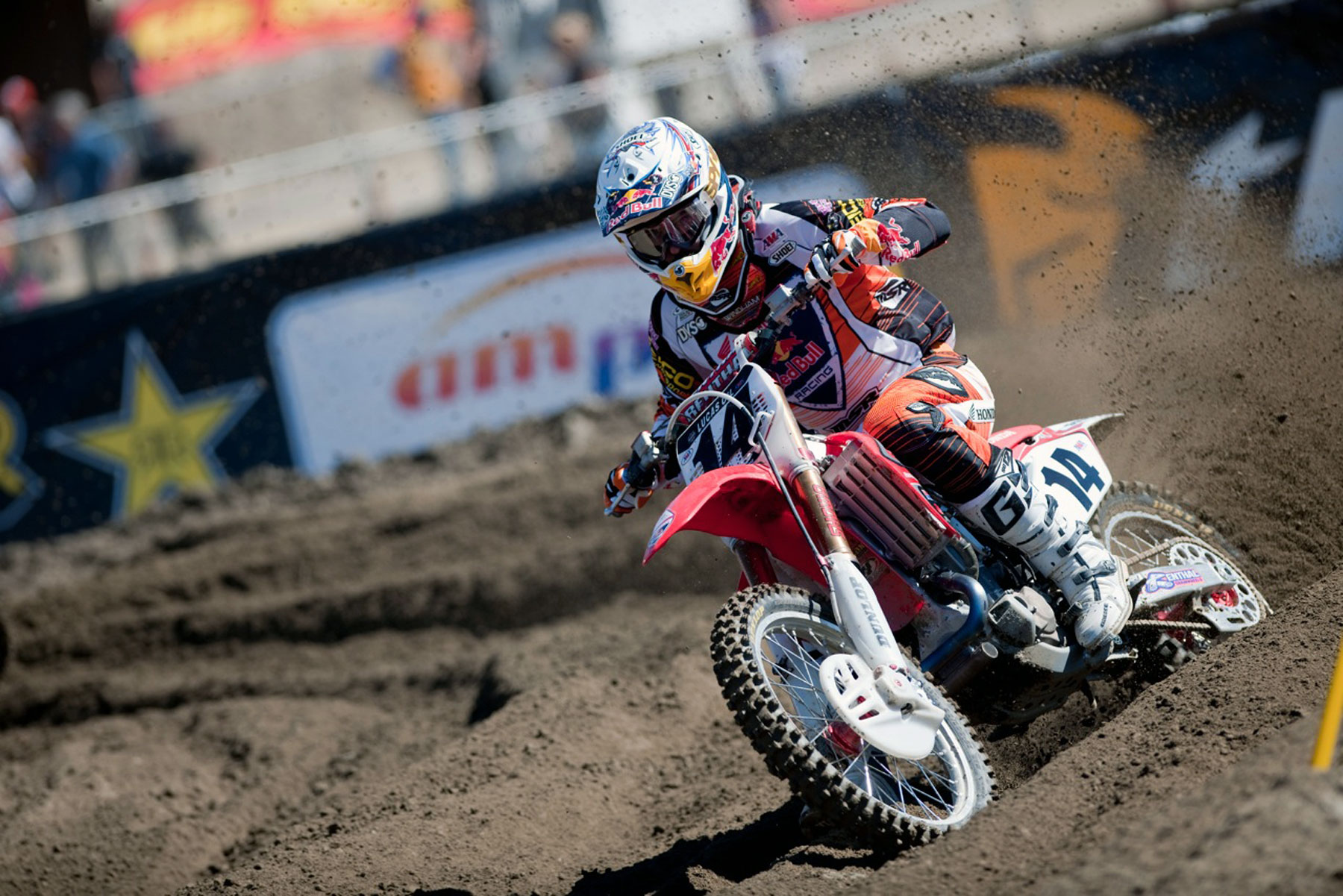 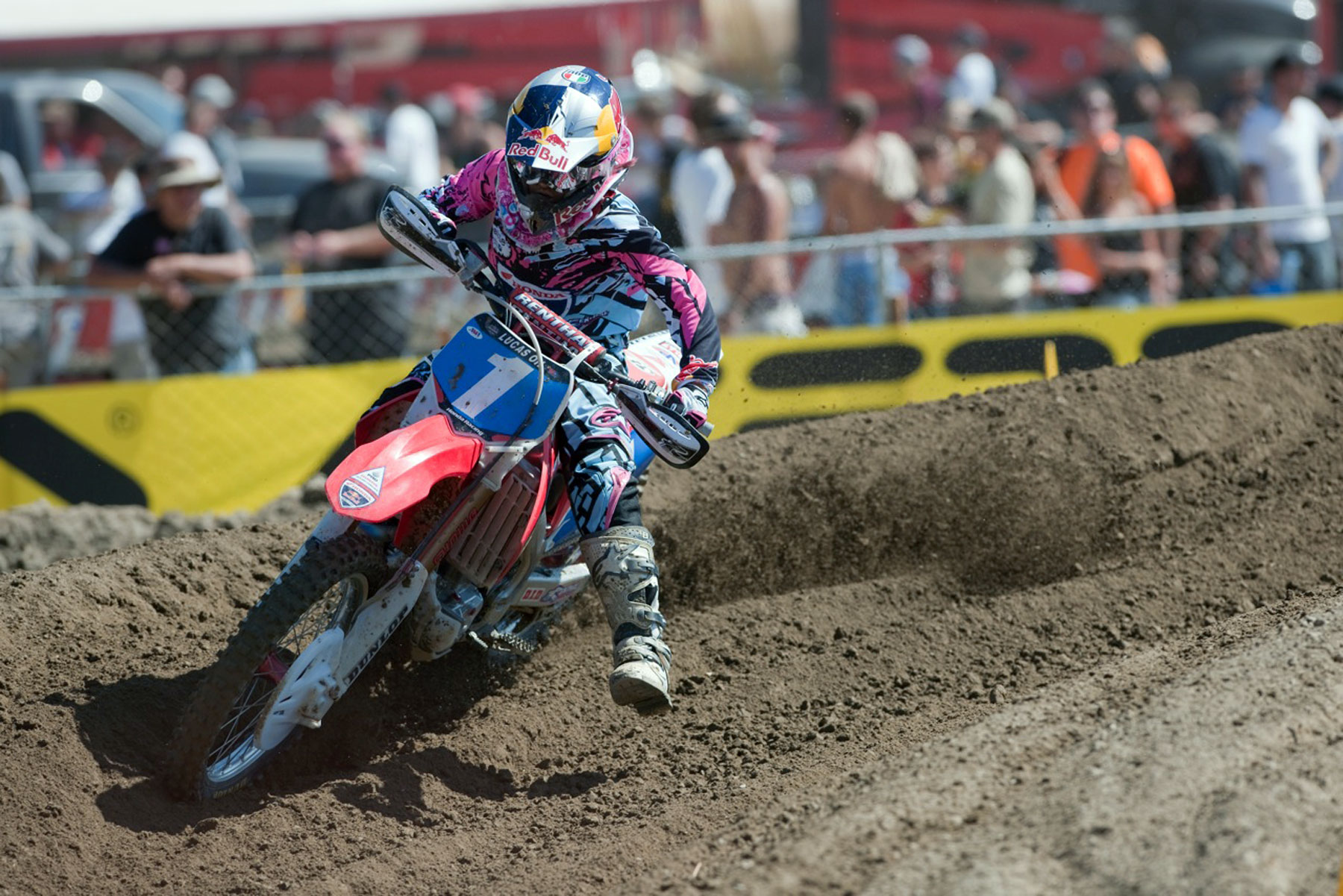 Ashley Fiolek wen 2-1 at Pala to take the overall for the day in the WMX class. 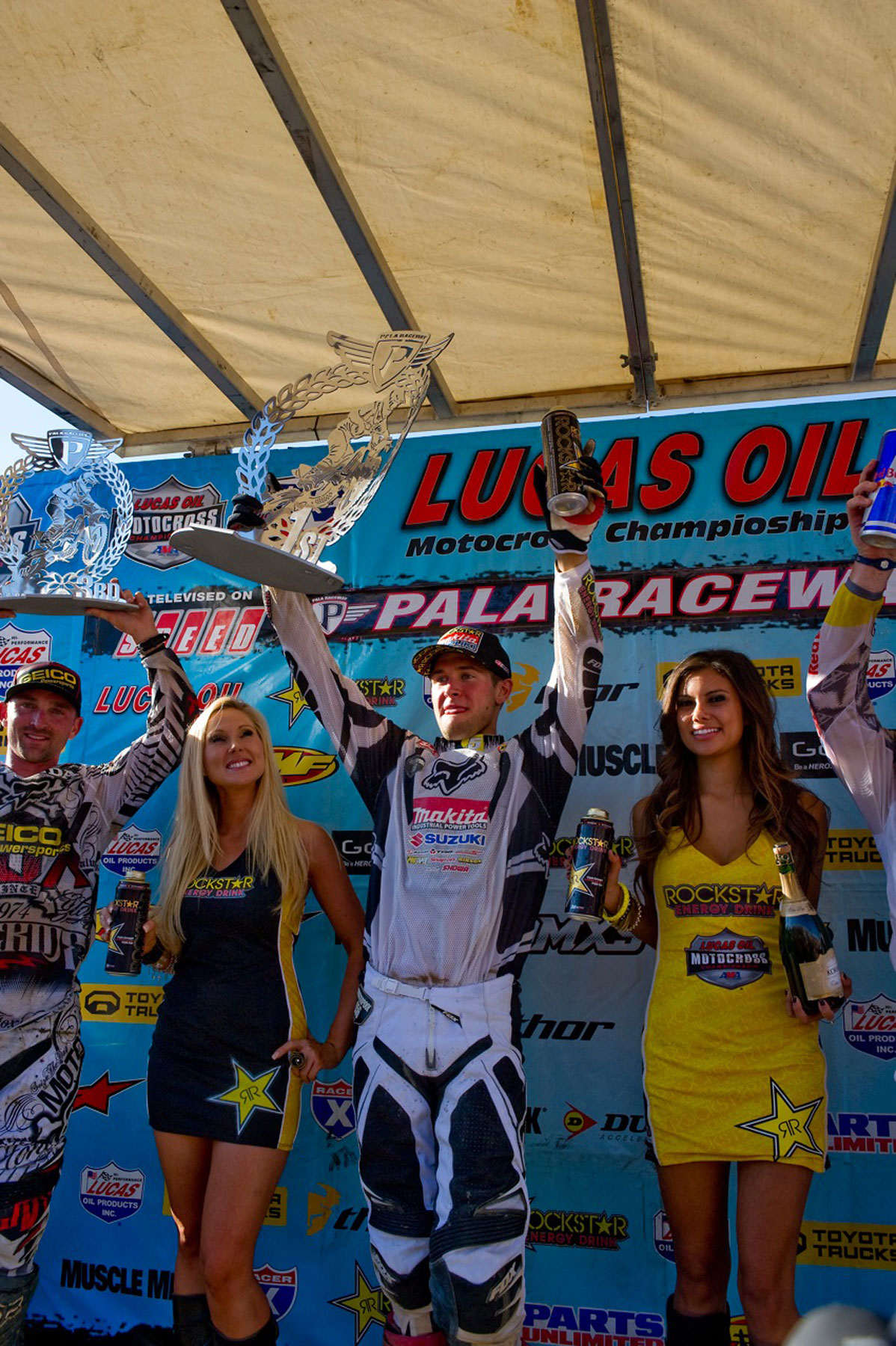 Ryan Dungey capped off his awesome rookie season with the overall at Pala, making it 10 overall victories for him in 2010. 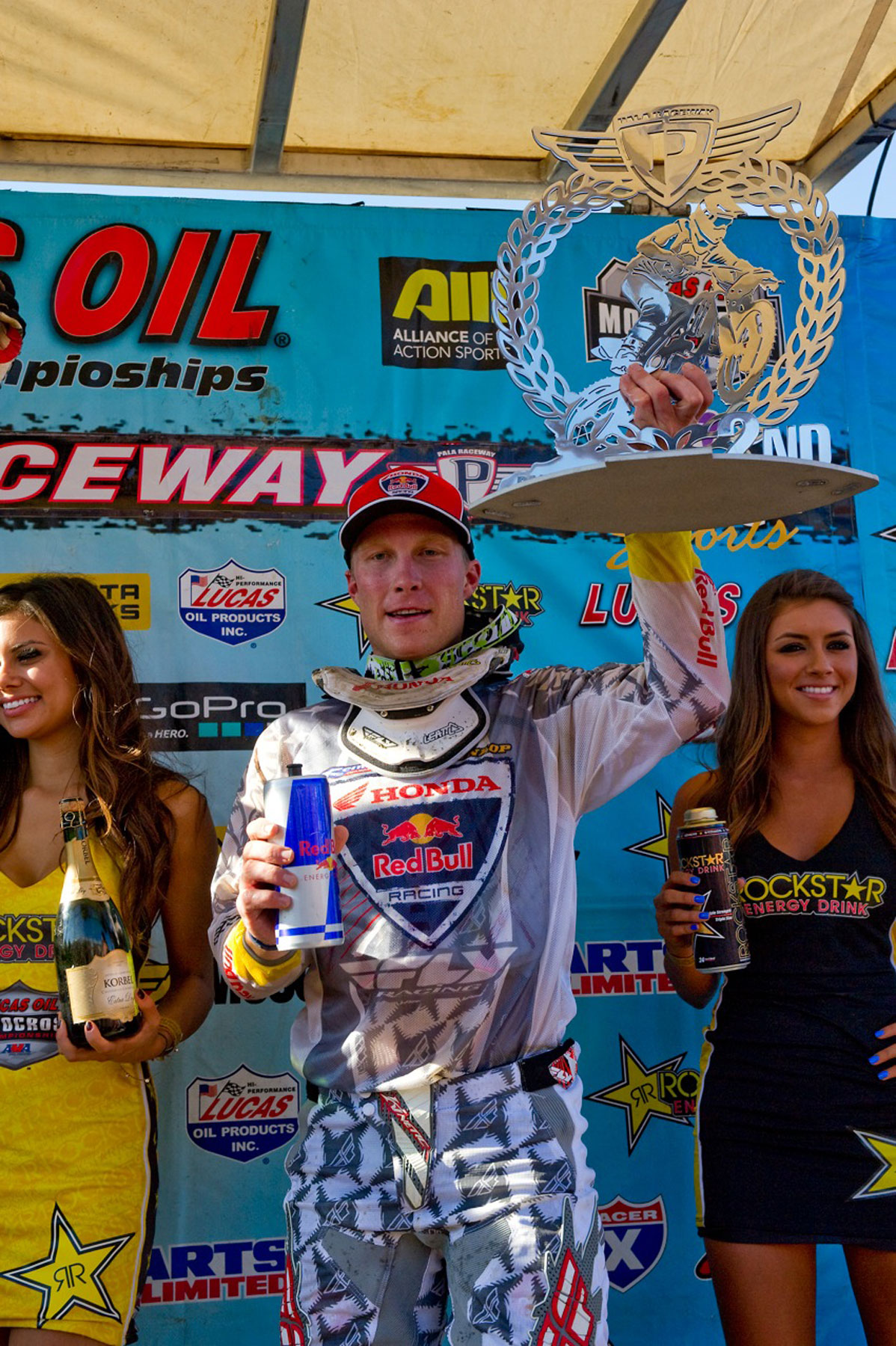 Andrew Short took second for the day and finished third overall in the 450 class. 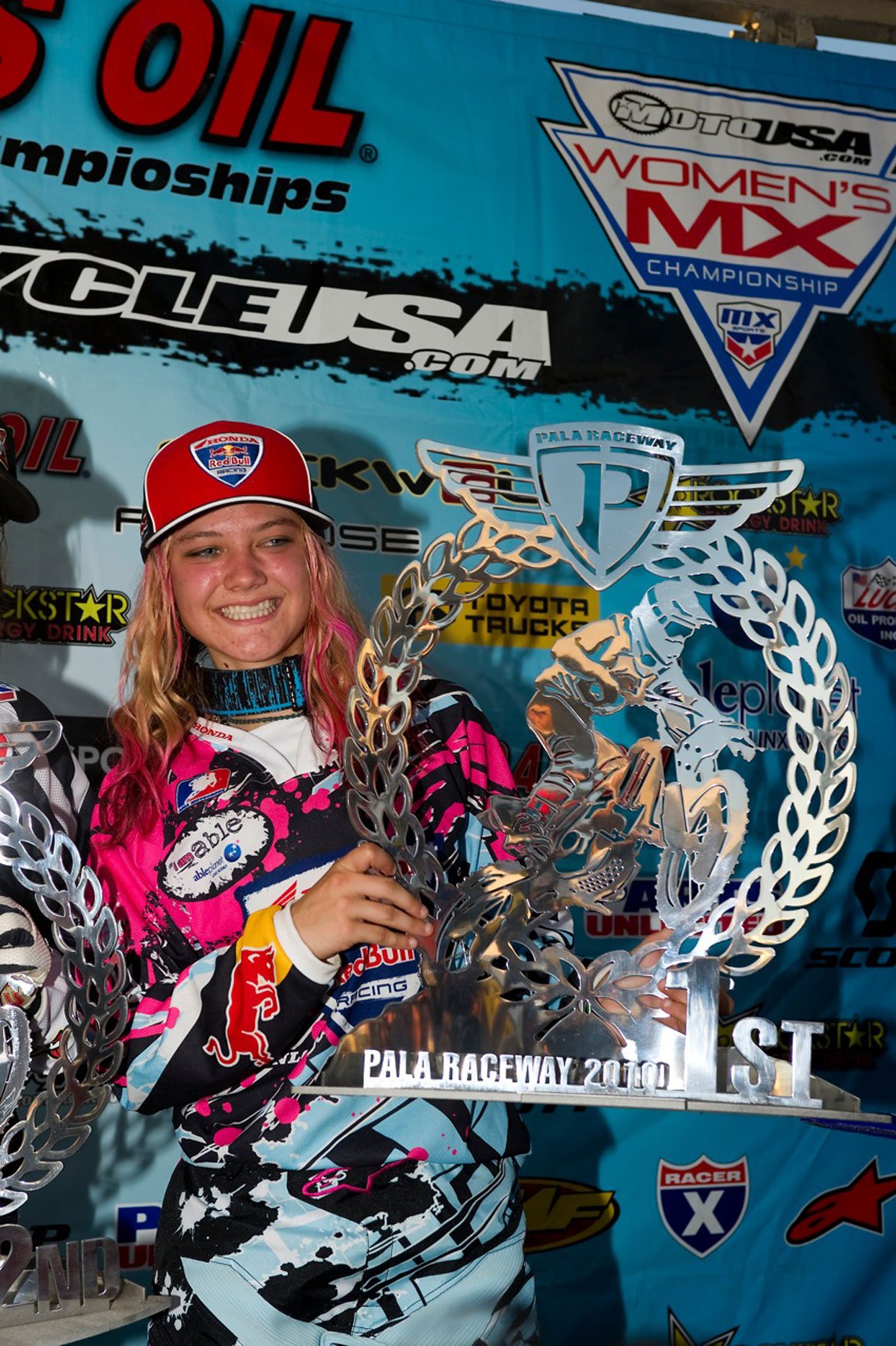 Ashley Fiolek ended her 2010 season in the WMX class with the big No. 1 trophy, and she finished second overall for the season.