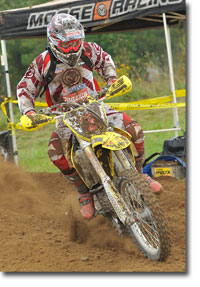 New Berlin, New York – September 13, 2010 – Josh Strang made his return to GNCC racing aboard his 2010 Suzuki fuel-injected RM-Z450 on Sunday at Unadilla Valley Sports Park in New Berlin, New York. The young Australian put in a great effort, using the power of his RM-Z to charge through the pack and take a respectable fourth-place finish despite getting a rough start. "I was a little off the pace at Unadilla," said Strang. "But my bike worked great, and it was a decent day overall."

Strang credited his success to his well-tuned RM-Z450. The team spent much of the 10-week summer break testing and tweaking settings, resulting in a great GNCC racing machine. "My bike was perfectly dialed-in," said Strang. "All of the testing we did over the break paid off, and I couldn’t be happier with the way my Suzuki performed out there."

"Today was another step towards the championship," Team Manager Mike Webb said. "We made some changes to the RM-Z450 over the summer and Josh rode smart and steady and padded his point lead. We are looking forward to the next round. The bike is working great and Josh is working hard, and we just need to keep taking it race by race."

Strang entered the Unadilla GNCC with a 17-point lead over his closest challenger. After Unadilla Josh holds a 24-point lead in the race for the championship. With only three rounds left in the 2010 season, Strang is well positioned to take the title.

The next round of the series takes place in Lafayette, Tennessee, at the Titan GNCC course on September 25-26. 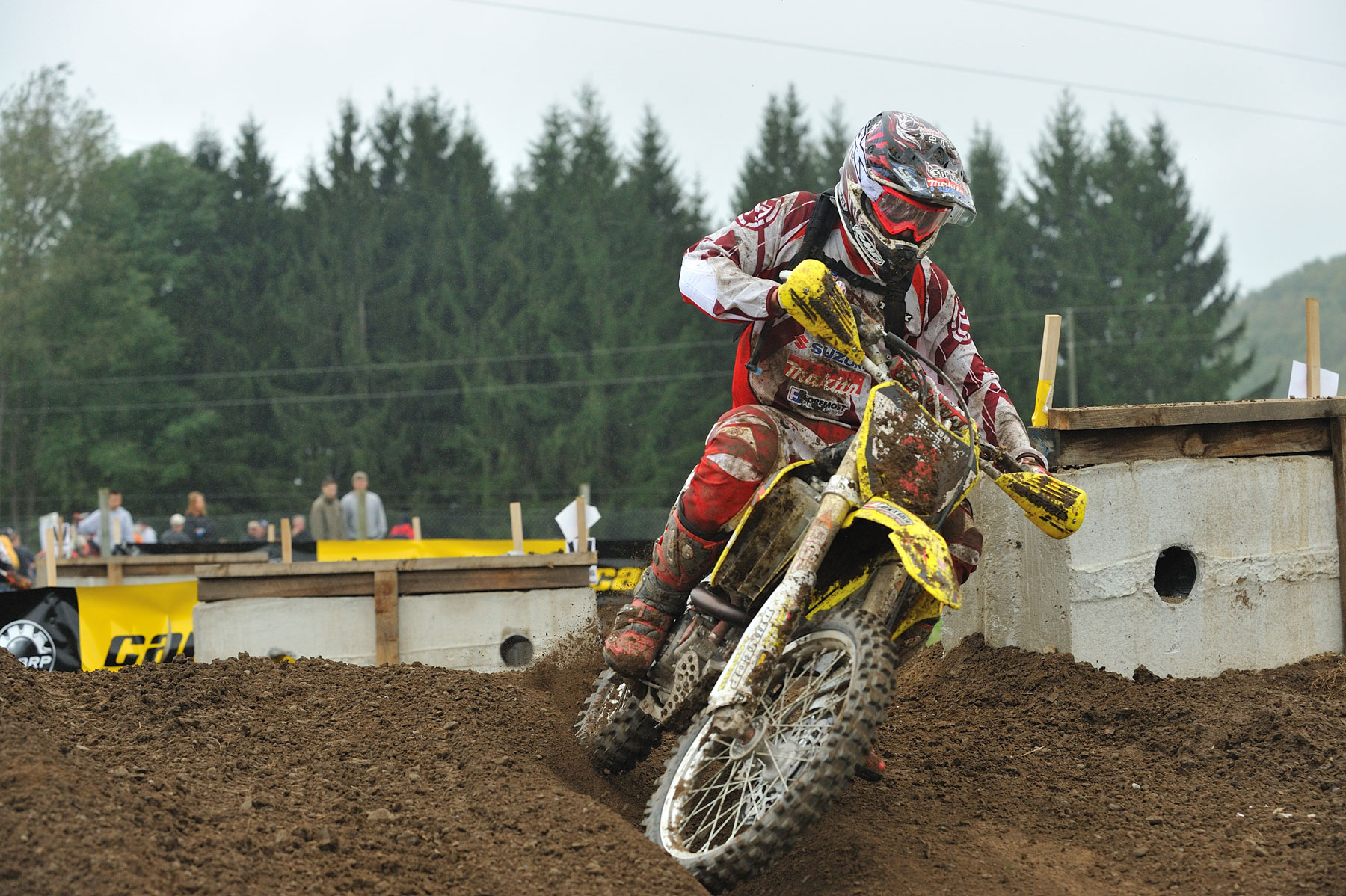 Josh Strang and his RM-Z450 battled the Unadilla track to get a
fourth-place finish. 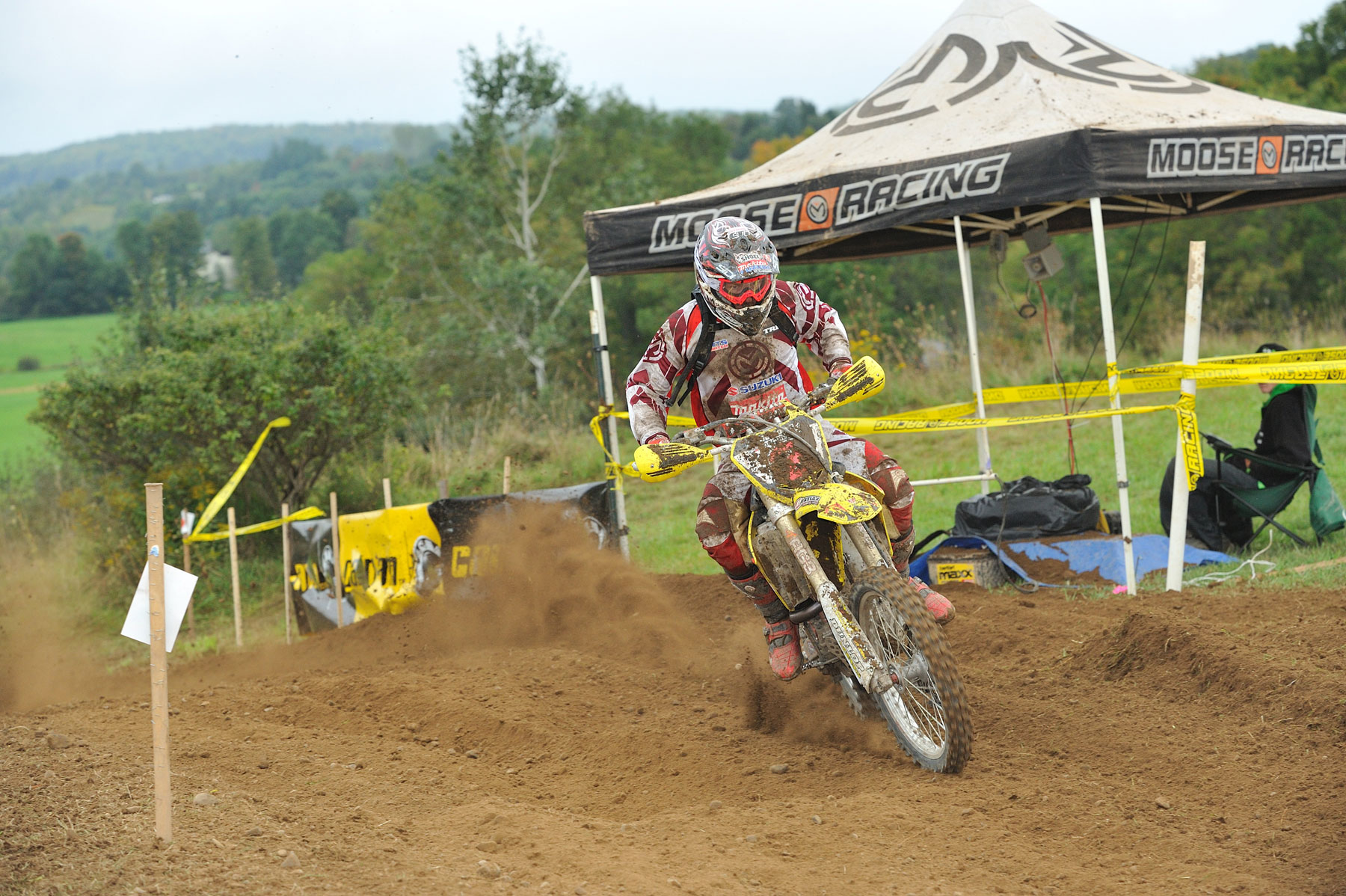