The rough, sandy, power-robbing circuit at Pala gave 450cc bikes a big advantage at the season finale, as our Motion Pro Sign of the (Lap) Times chart indicates below. The 450s were much faster than the 250s on this track.

As always, staying consistent counts for just as much as laying down the fastest lap--as proof, only once in the four 250/450 motos did the rider wth the fastest lap actually take the moto win. 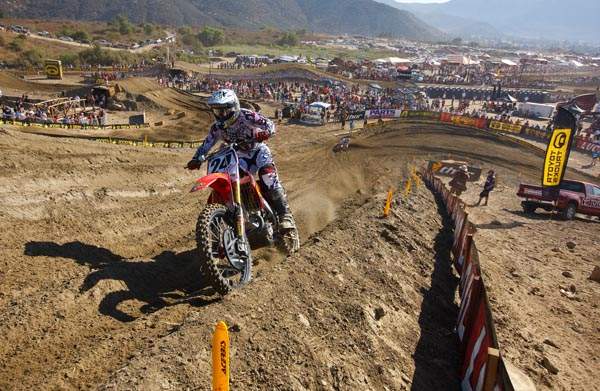 Metty had the speed and starts, but a second-moto crash took away another sure shot at an overall win.
Simon Cudby

Ryan Dungey won moto one and logged the fastest lap, but in moto two, Bret Metcalfe got out front early and started checking out. He logged the fastest lap of the race and may have had the stuff to finally deliver his first career AMA overall win. Until he crashed. Bummer. Dungey took the win in that one, too. 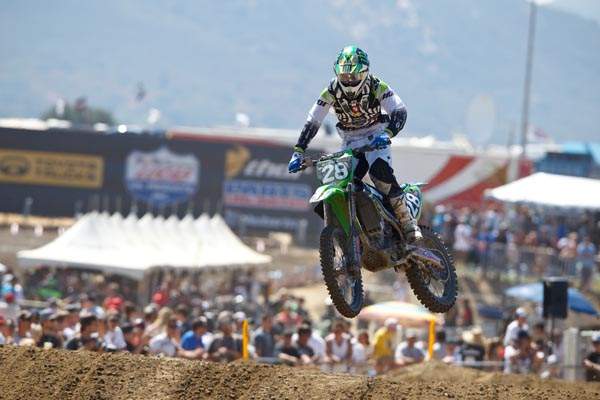 Tyla Rattray was quick on this track.
Simon Cudby photo

Tyla Rattray logged the fastest 250 race lap time of the day, and also logged a faster lap than his teammate Dean Wilson in both motos, but Styla also ended up only second overall. Wilson grabbed two holeshots and ran smart solid races to go 1-1 on the day.

Trey Canard was fastest in moto two, but backed it down and settled for points down the stretch.