The FMF Steel City National is in the books, and our handy Motion Pro Sign of the (Lap) Times chart shows you who went fast, and when. Most notable are the 250 times, and how hard title contenders Christophe Pourcel and Trey Canard were charging late in the races. Check it out. 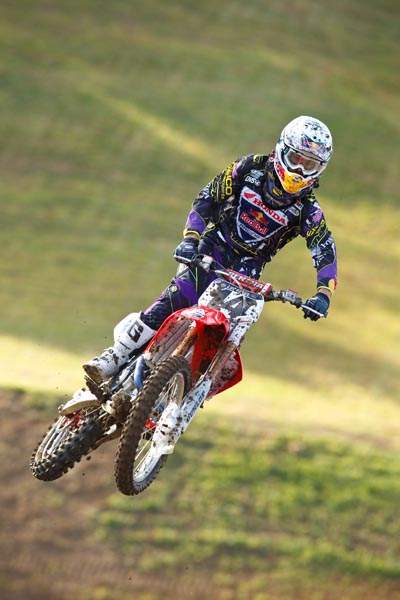 How is is that Kevin Windham can make even a routine jump look really cool?
Simon Cudby Photo

Ryan Dungey gave everyone a break with a moto one crash, which opened the door for Honda riders Kevin Windham and Brett Metcalfe to duke it out for the win. Windham barely won, and his lap time reflects how close the battle was.

Dungey was back for moto two and guess what happened? Yup. Fastest lap time and a moto win. The dude is good. 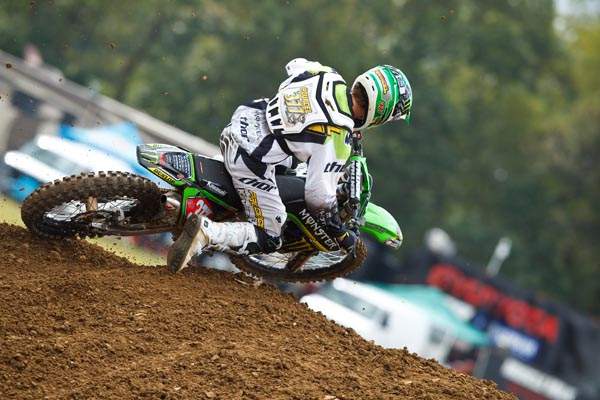 Pourcel didn't win either moto but it wasn't from lack of trying.
Simon Cubdy photo

Christophe Pourcel may not have won the motos at Steel City, but he sure tried, logging the fastest 250 lap time of the races on the final lap of the first moto. What an effort! But clearly Trey Canard learned from that and logged his best lap of the second moto on the last lap! Unreal how hard these guys were pushing, as the chart shows.