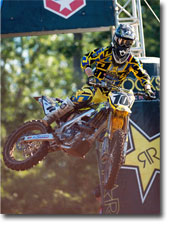 Southwick, MA – August 30, 2010 – Rockstar Energy Suzuki rider Tommy Hahn put in a hard charge in Saturday's Southwick National during the 450 race, taking home a season-best second place in moto 1. Hahn has shown he has the speed and the talent to run up front numerous times this season, but the first race at Southwick was the biggest payoff that Hahn has seen since the start of the Outdoor season. His teammates Ian Trettel and Austin Howell also put together solid performances for the Rockstar Energy team, filling in for injured riders.

The notoriously difficult track at Southwick's Moto-X 338 didn't seem to faze Tommy as he raced moto 1. Hahn got a great start thanks to the power of his RM-Z450, and quickly put a gap between himself and the rest of the field. Tommy maintained that gap for the rest of the race, and finished second. Hahn put in another strong performance in moto 2, charging from a mid-pack start to sixth place in just five laps. On his fifth lap, Tommy was the fastest man on the track and turned in the third-fastest lap of the race. Hahn looked like he was on track to take another podium finish, but sand at Moto-X 338 took its toll on his bike's clutch and he was forced to drop back. "We didn't compensate enough for the sandy conditions," said team manager Bill Keefe. Tommy ended the day in eighth overall, and though he was disappointed with the final results, he is determined to podium again at Steel City.

Austin Howell, a Suzuki Amateur racer who has recently moved up to race in the AMA Motocross series, also battled in the 450 class. In moto 2, Austin broke into the top 20 despite suffering clutch adjustment issues similar to the ones that plagued his teammate. Both Austin and Tommy will be fighting to improve their results next weekend.

In the 250 class, Ian Trettel made his professional debut aboard the Rockstar Energy Suzuki RM-Z250. It may have been his first race with the pros, but Ian mixed it up with the best of them and put in some fast laps. "I wasn't sure what to expect in moto 1," said Trettel. "It was my first time riding at Southwick, so I went in with an open mind and just focused on putting in some fast laps." Ian went on to take 17th in moto one.

Moto 2 saw a determined Trettel battling at the front of the pack. "I got a better start in moto 2, and was focused on staying at the front." Trettel fought hard throughout the moto, but around the 25-minute mark the exhausting track began to wear on him. Despite the fatigue, Trettel finished in the top ten to take 14th overall. "I'm happy with how my first race went, but I'm determined to do better at Steel City."

The next round of the 2010 AMA Pro Motocross Championship will take place on September 4th in Delmont, PA, at Steel City Raceway. 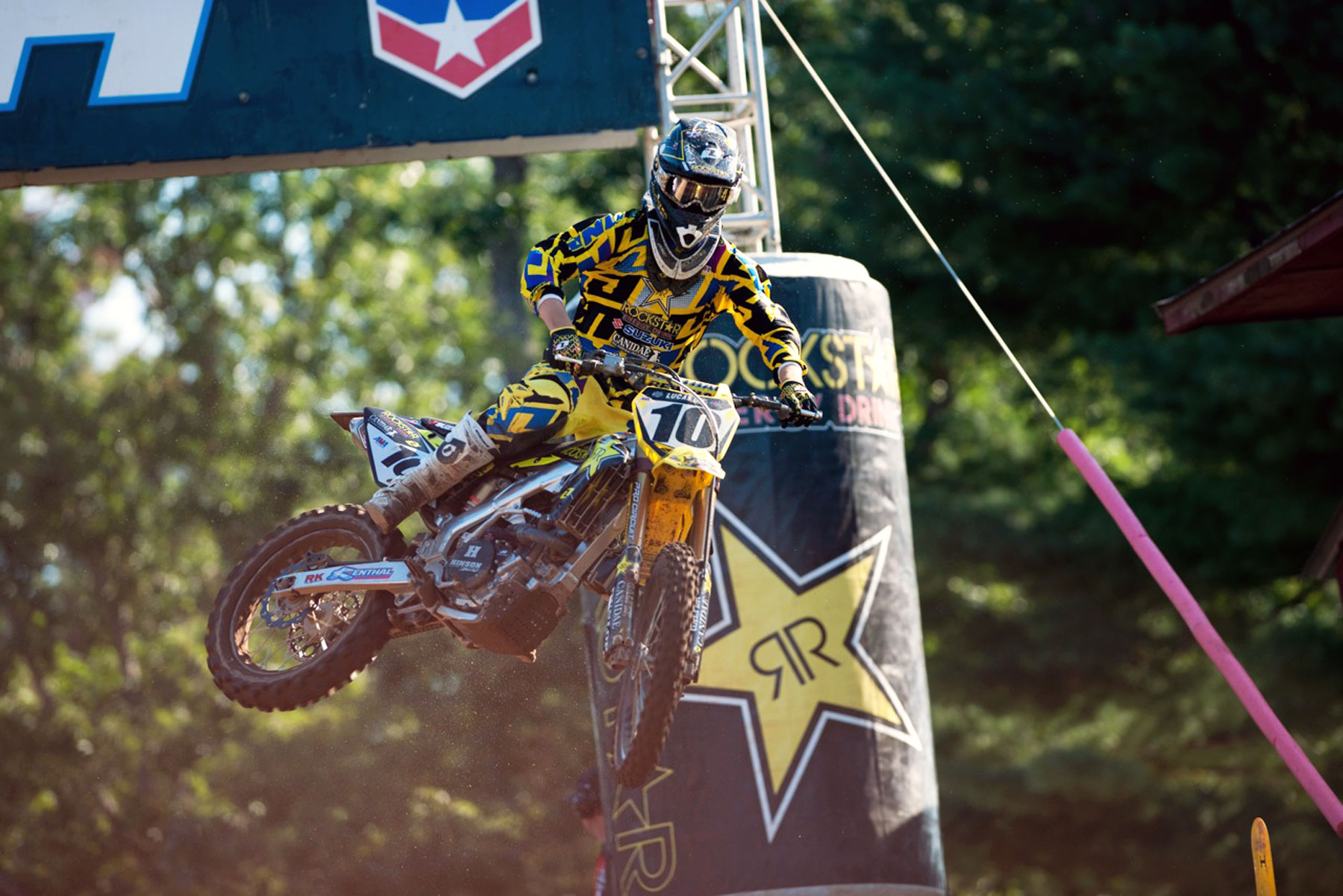 Tommy Hahn was impressive in moto 1, finishing second, but an issue prevented him from finishing moto 2. 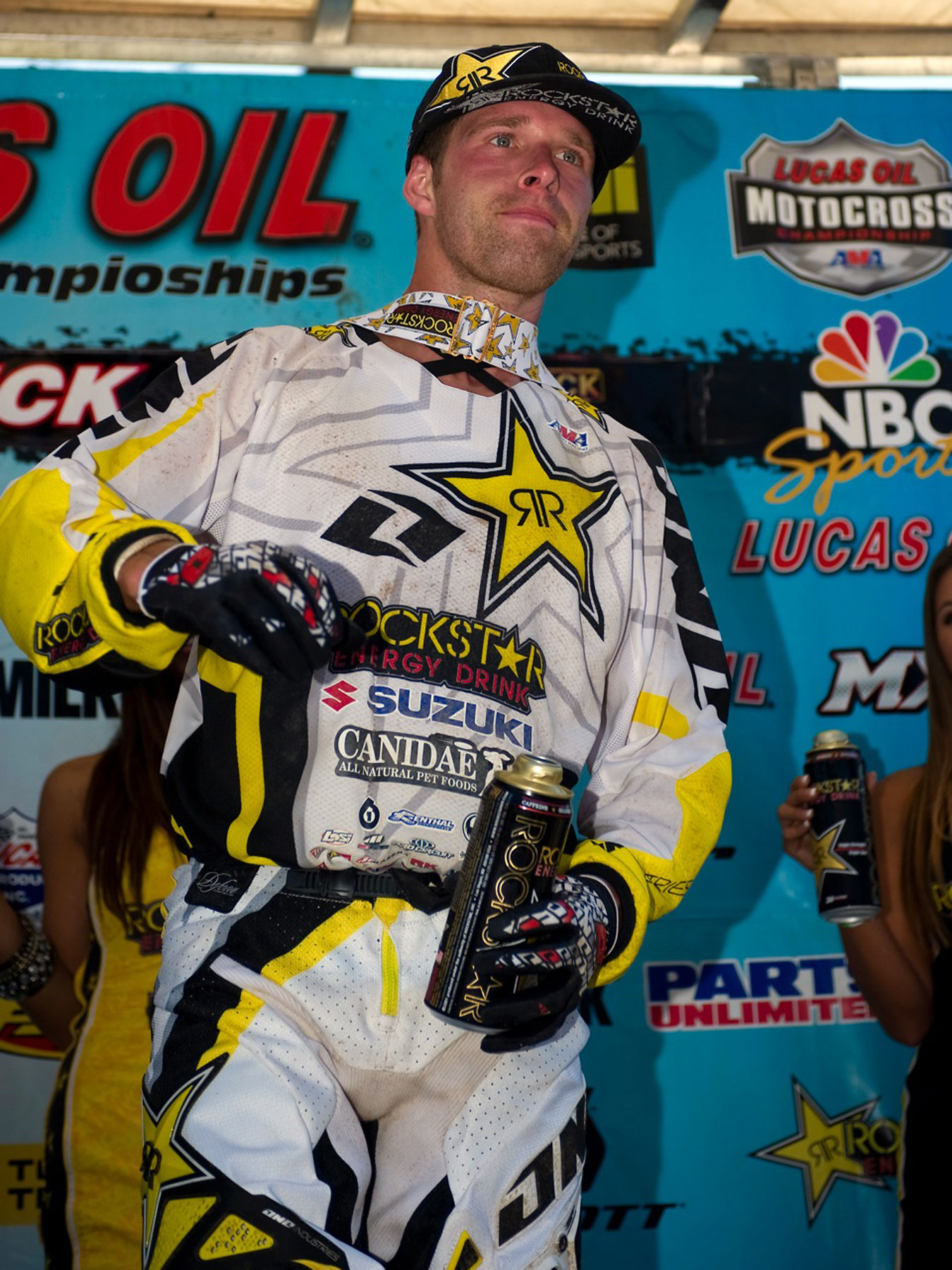 Hahn made his way to the podium after the first moto to take his second-place trophy. Hahn was smooth and fast throughout the entire race. 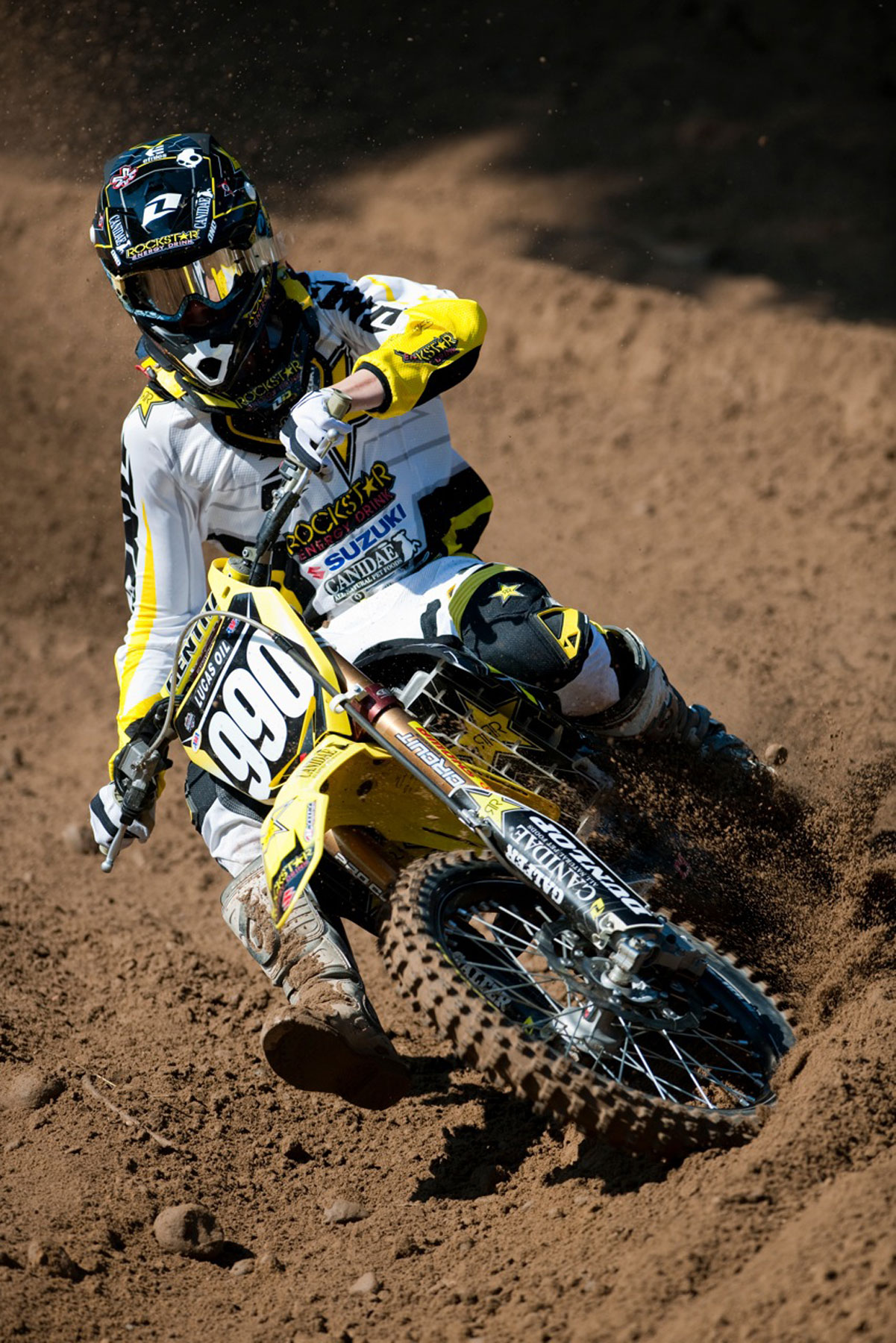 Ian Trettel moved up from the amateur ranks to try out the 250 class at Southwick. He finished in the top 10 in the second moto and took 14th overall for the day. 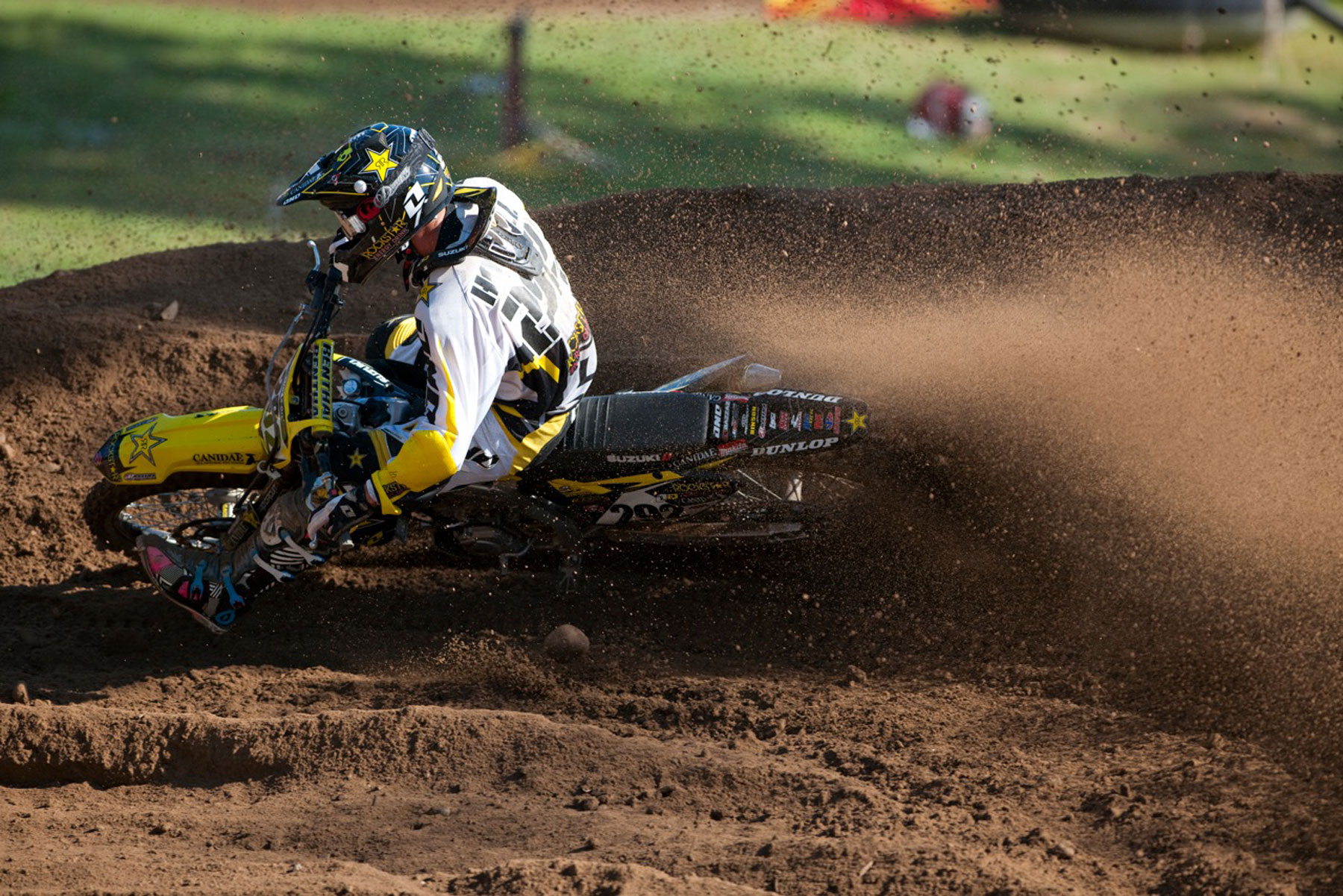 Austin Howell broke into the top 20 in moto 2 of the 450-class race on Saturday and finished 25th overall for the day.