Perhaps no track has more history soaked into its soil than New Berlin, New York's Unadilla Valley Sports Center, with Trans-AMA, USGP, MXdN and AMA National races all on its resume. And while the track has gone through some changes over the last few years, the basics remain the same--rough, fast, rocky, with some huge jumps baked into the natural elevation change of the land.

This is one of the trickiest tracks on the tour thanks to the speed, the slippery, hard-packed dirt and the massive obstacles. What you have, then, are fast laps all over the place. Check the lap charts below and you'll see how no one could agree on the best lap to go fast on. 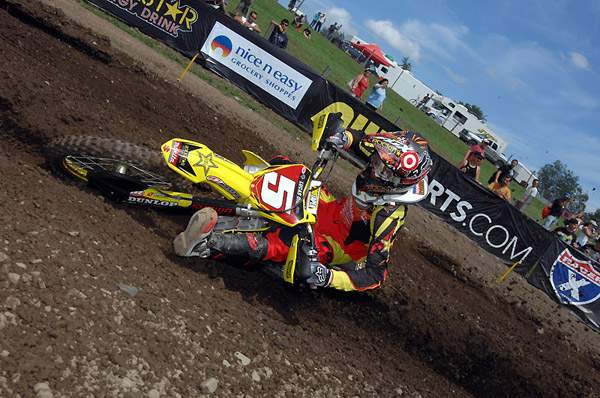 Yes, Ryan Dungey was the fastest man of the 450 class at the 'Dilla, with Clemente Desalle second fastest in both motos--no surprise since they went 1-2 in each race, also. A few other things to note, such as James Stewart logging third-fastest in moto one after scoring the fastest times in practice. And you want to talk about hard charging? Kevin Windham went down hard in moto one and failed to finish, and returned in moto two to score a come-from-behind fourth place finish. Note KW's fastest lap came on the 16th and final lap of the day. He passed his teammate Andrew Short in the last turn to grab that fourth-place finish. Impressive. 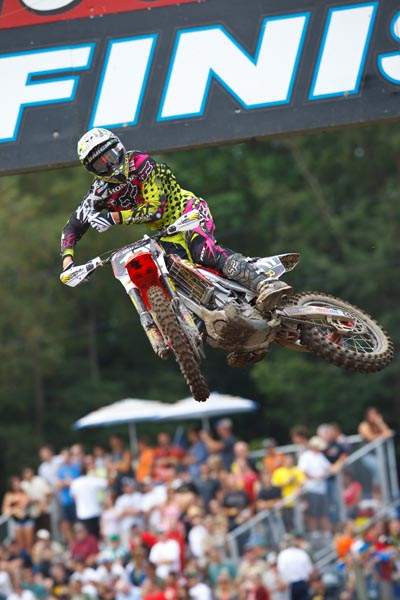 Justin Barcia crashed in both motos, but still scored second overall thanks to his fast lap times.
Simon Cudby photo

Again, there were a variety of different laps when riders went fast at this track, some early in the race, some more toward the second half. And one rider had no choice--in the first 250 moto, Christophe Pourcel only logged one full lap time before crashing out, but that was still good enough for the seventh fastest time.

Trey Canard won the moto, but as we've seen several times during his four-race win streak, he was not the fastest rider even though he won. His teammates Justin Barcia and Blake Wharton were faster on an individual lap, but Barcia fell and Wharton didn't start clicking them off until late.

No surprise in moto two, Pourcel won the race with a come-from-behind victory, and he had the fastest time there.