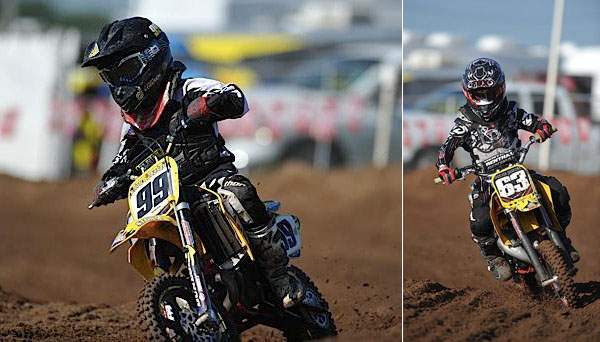 Lance Kobush (#99) and Pierce Brown (#63)
Photos courtesy of Motoplayground
Now it’s onto Loretta’s for the AMA Amateur National MX Championships this week.
For more information on the 2010 Ponca City Grand National – including up-to-date scoring, link to the NMA’s website at: http://www.nmamx.com/
Cobra, founded in 1993, produces the most successful line of competition mini cycles and mini quads in the United States with more than 200 national titles in the last decade. Based out of Hillsdale, Mich., Cobra's mission is to build premium products for the serious racer. For more information on Cobra products, please visit our website at www.cobramotorcycle.com.
Read Now
November 2021 Issue Now Available