Budds Creek's Mototees.com National, Round Four of the Lucas Oil AMA Pro Motocross Championship, presented great racing. Scan our lap charts and you'll see some of the closest spreads on time of any track so far this year. 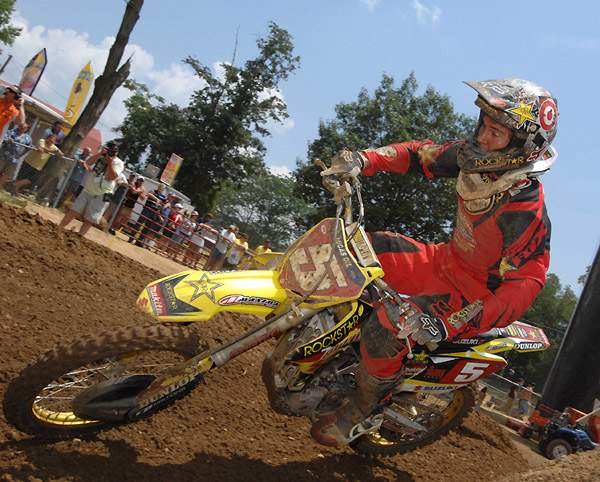 He looks a little goofy without goggles, but you can't argue with Ryan Dungey's speed or success.
Carl Stone photo

Ryan Dungey had his struggles in the first moto but still managed to post the fastest lap of the day and rally to a third-place finish. He had fewer problems in the second moto and put up the fastest lap again, and also took the moto win. Check out that second moto--barely a second covered the top six! 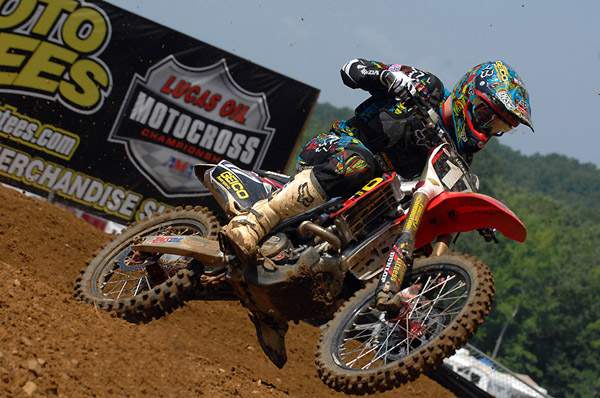 Barcia was a little sub-par at the first two races. He's been plenty fast at the last two.
Carl Stone photo

Justin Barcia posted the fastest 250 lap time of the day, with a strong run in the first moto. If not for a crash, he might have been able to challenge the race winner, Christophe Pourcel.

Dean Wilson got stronger as the track got rougher and the weather sucked the energy out of most of the riders. He improved big time for moto two and got the win, giving him the overall. Most of the results mimic the overall results in the class for the day, a rarity in the inconsistent world of the 250 class.