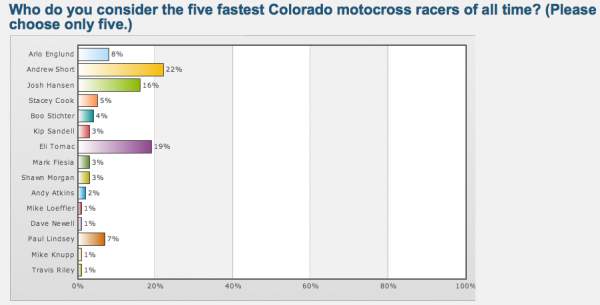 Our readers have spoken, and they tell us the fastest rider ever from the state of Colorado is current Honda Red Bull Racing star Andrew Short. Coming in second, after only one race as a professional, is Cortez’s Eli Tomac. Third is Josh Hansen, followed by Arlo Englund.

In fifth was Paul Lindsey, who doesn’t agree with the results—check out this post he made over on VitalMX.com:

Although I am extremely flattered, there is just no way that I should be in the top five. I think the reason that I am getting so many votes is because most of the fans just don’t know who all the Colorado guys are, yet they seem to know me from either my work in the industry as a team manager, or from my days of making a meager living racing in far off countries around the world.

“Either way, it doesn’t make me faster than most of the people on that list, far from it in fact. In my humble opinion, I feel that I was lucky to even make the list (top 15), and that’s right about where I would rank myself, but certainly not top five. It’s just not fair to the guys who do deserve your votes, as I am very proud of the fact that Colorado has always had a very deep talent pool, and for me to even be mentioned in the same breath as most of the riders on that list is a true honor. 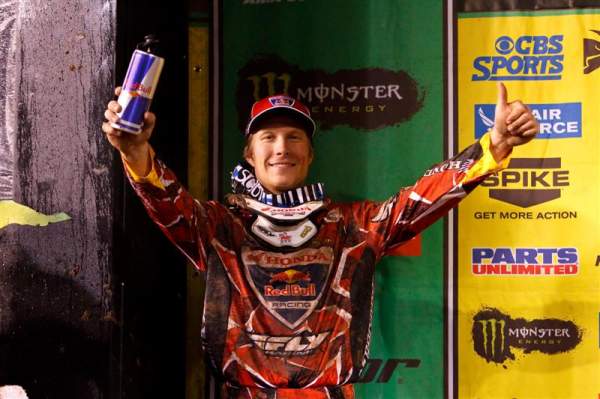 If you want to vote for someone, let me give you my top five:

After that, Kip Sandell (national #44,) Mark Flesia (national #50), Boo Stichter (the guy almost beat Bob Hannah in his prime!), Shawn Morgan or Andy Atkins (both local legends who have way more #1 plates than I do as well as limited success nationally). Some more honorable mentions include Jared Carlson, Josh Kellogg, Tim Buchli, Albert Firestine, and my brother, Matt Lindsey

Here’s some more feedback regarding Colorado:

“Nice list for the Colorado Fox Fifty. There is one guy who I would like to give a shout out to: Wes Hale. He's been a fast local pro and has tried his hand at a few nationals along the way. I'm told that he had a two-digit national number at one time, I'm not certain though. He also teaches local riding clinics through his company, Halestrom. Anyway, he's a really fast old dude and one of the nicest guys in the pits and I think he at least deserves a mention.”
Abram Stewart

“I did not see Logan Darien mentioned. He had nine SRAC amateur championships and three arenacross championships. He had an eighth and a tenth at the U.S. Open and made numerous Lites mains and supercross night shows.”
Bob Darien

“Please include Chris Sundstrom on the Fox Fifty Colorado list. He ran in the top five in several nationals.”
Mark Sundstrom

“Chris Sundstrom should also be on this list. He was a fast national privateer in the ’80s and won many local races against the likes of Boo Stitcher, Arlo, Knupp, etc. He was sponsored by American Honda for a while, too. Also, Chris was the creator of the Bolle GP1 motocross goggle with the built-in nose guard that came out in the ’80s.”
Tom

Have a suggestion as to which state we should feature next for the Fox Fifty? Email us at letters@racerxonline.com. 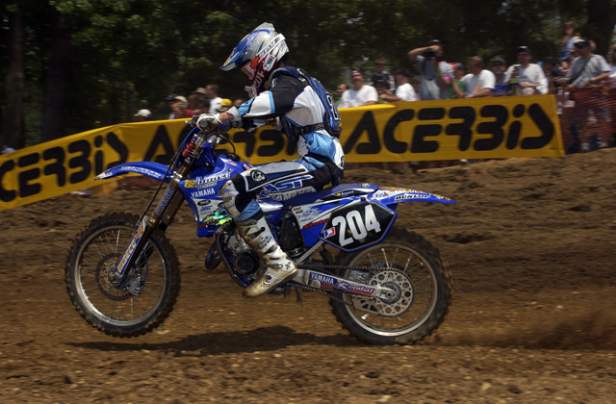