Chad Reed and Eli Tomac won the Rockstar Energy Drink Hangtown National, the opening round of the Lucas Oil AMA Pro Motocross Championship. But the results only tell part of the story--and our Motion Pro lap chart tells a tale, too.

For the AMA Pro MX tour, we'll list the ten fastest riders in each moto, along with their best lap time, the lap they did it in, and their moto finish in that moto. Enjoy! 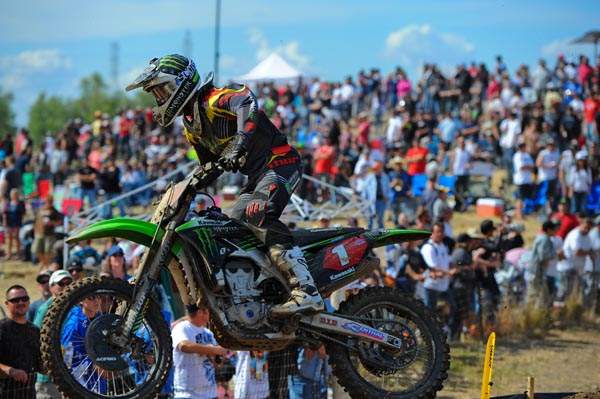 Chad Reed clocked the fastest lap of the afternoon with a 2:14.5 in moto one.
Steve Cox photo

Chad Reed had the speed in moto one, but Mike Alessi definitely turned things around in moto two--as evidenced by their moto wins. And Davi Millsaps was the only other rider to hit the 2:14s all day.

Check out Ryan Dungey's best lap of the first moto--it took place on the last lap!

Eli Tomac's speed was legit. He had the fastest lap of any 250 rider all day! Beyond that, this class is so closely matched that starts meant as much as lap times. On paper, for example, it looked like a dissapointing day for Justin Barcia, but on the stopwatch, he was right in the hunt.

Also a bummer for Tommy Searle, who was just as fast in moto two than he was in moto one, but he crashed out. 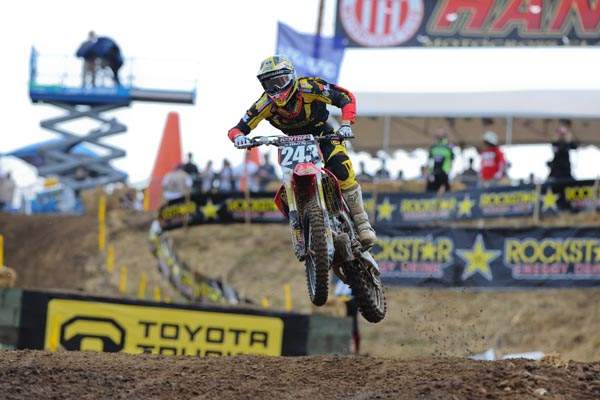