A place like Las Vegas is all about the highest of highs and the lowest of lows, and the Vegas SX track at Sam Boyd Stadium presents a similar challenge. On the hard, slick surface, it's all about staying consistent and not getting too crazy, losing traction, and losing it all.

But when the chips were down and everyone had to go as fast as they could, who was actually fastest? Check out our chart to find out. 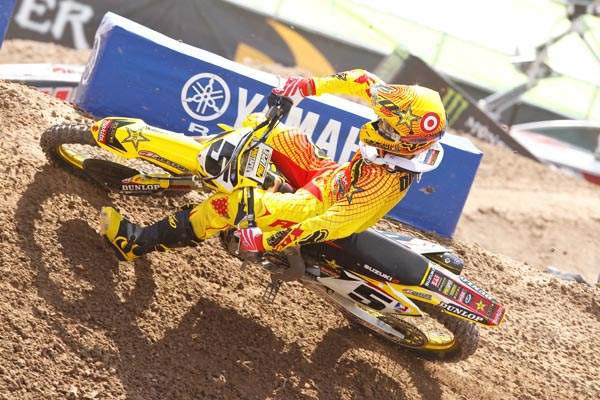 Ryan Dungey was back to his old speed in Vegas.
Simon Cudby photo

Ryan Dungey made a statement about why he earned the 2010 Monster Energy Supercross Championship, lest anyone forget after two sub-par rides in Seattle and Salt Lake City. He won the race and logged the fastest lap of the main event. 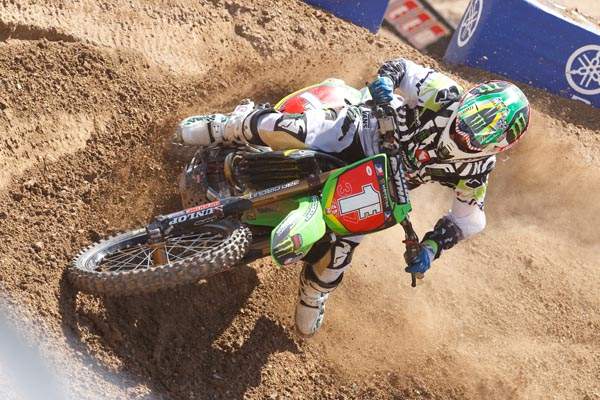 Surprise, surprise, Christophe Pourcel actually logged the fastest Lites lap. Since he started the race in second right behind his teammate Jake Weimer and later fell all the way back to fourth, it would seem like an off night for CP. But he was actually fastest on his very best lap.

Weimer's race win proves it's all about consistency in Vegas.