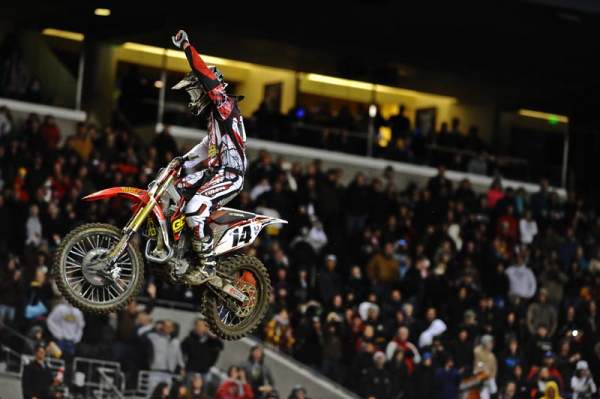 K-Dub was in fine form on a tough track in Seattle.
Steve Cox photo

Kevin Windham dominated the proceedings all night long, and that's reflected in his fastest lap time, which is an amazing two seconds quicker than anyone else! That's the biggest gap between the fastest and second fastest in any race this year.

And it's not like the second-fastest rider was slow. Davi Millsaps mounted a strong charge from the back, and then even had a mid-race pit stop to fix his front brake lever, and still charged up to fifth. Tommy Hahn also rode fast and strong en route to second, while Ryan Dungey was fast early, but later crashed and then backed it down to make sure he locked up the championship, even though he really had it locked up already anyway.

Here's proof that simply logging consistent, instead of fast, laps, pays off in the ruts: Nick Wey had only the 11th fastest time, but finished sixth. 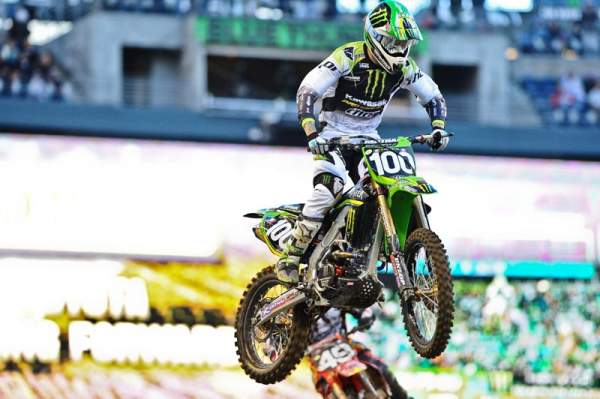 Broc Tickle rode strong and steady to notch his first career win and also the first for his DNA Shred Stix Star Racing team. Again, consistency is key on a track like that, and that's why Tickle won the race handily even though he didn't log the fastest lap. That honor went to Monster Energy Pro Circuit Kawasaki's Josh Hansen, who finished fourth.

Wil Hahn was charging for his first-ever win on his Lucas Oil/Troy Lee Designs Honda and nearly matched Tickle in speed. He finished second.

Another indicator of the difficult conditions?  Most of the riders logged their fast lap very early in the race. The track crew did some track work before the main, and that made the going a little better early in the race. In the latter laps, though, it was a survival event, and Tickle handled it best.
Read Now
March 2022 Issue Now Available