J-Law Warning: Yup, he's a polarizing figure and many say it's not worth talking about him until he starts getting some results again. So you've been warned, and here it comes:

The most interesting part of this week's chart comes from a rider who actually has been at the races, but seemed to be MIA: Jason Lawrence. For the first time this year, we saw a small glimpse of that old J-Law talent and speed. He had the fifth fastest lap and may have gone even faster, but he had a, um, run-in with Nick Wey that probably dates back to Lawrence taking Wey down at Jacksonville. That's the SX version of "Have at it, boys," with Wey policing himself. 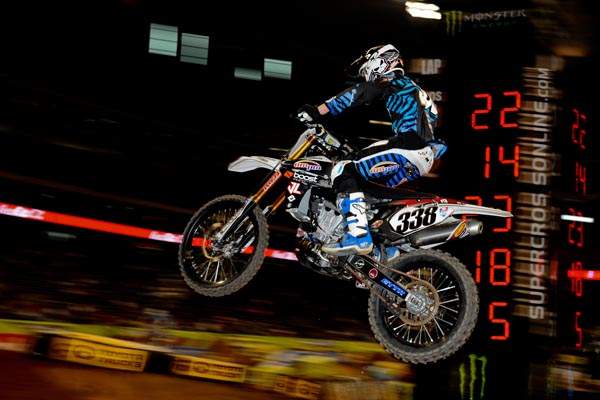 Jason Lawrence. Let's light the comments section on fire and ask, is he finally getting some speed back?
Steve Cox Photo

Lawrence's lap was actually better than Chad Reed's, but Reed finished fourth in the main event. No surprise up front, with Ryan Villopoto winning the race and logging the fastest lap, and Kevin Windham and Ivan Tedesco show they have the speed to back up their results.

Also, notice that the lap time rank is way out of whack compared to the results. Very few riders fast lap actually reflects where they finished.


Dean Wilson had a lot of frustration to get out following the turmoil he suffered trying to get back into the country after Toronto. And he took it out on the darned whoop section in Houston, charging through them on the last lap in an attempt to make a pass on Blake Baggett for second. He crashed and dropped all the way back to ninth--which he would have had automatically since he had lapped 11 riders, but Wilson kicked and kicked until his KX250F fired and powered him over the finish line. He was the second fastest rider in the race, but only took a ninth place result. 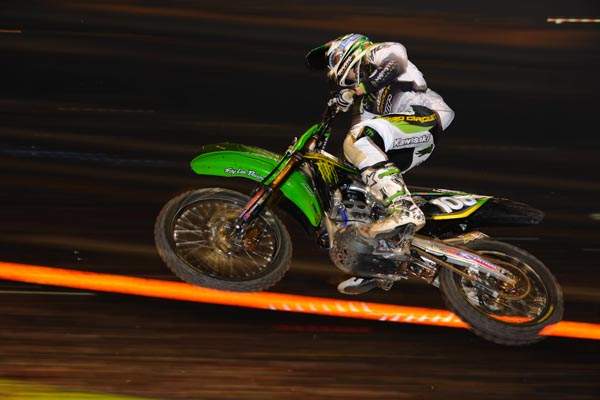 Wilson gave it everything he had in his first race back in the States.
Steve Cox photo

The fastest, no surprise, was his Monster Energy Pro Circuit Kawasaki teammate Christophe Pourcel, who also won the race and the East Region Championship.

Also fast, again, was MotoConcepts' Yamaha's Ryan Sipes, who logged the sixth-fastest time of the race while coming back from a first-turn crash. That's how he ended up seventh.
Read Now
December 2021 Issue Now Available