It looked like an off night for Ryan Villopoto in all ways, except for the actual lap times! The Monster Energy Kawasaki rider actually logged the fastest lap of the race, which surely no one watching the race would have expected. Villopoto had a terrible first few laps and had to work up from tenth on his way to a fourth-place finish. Not what the title contender hoped for. 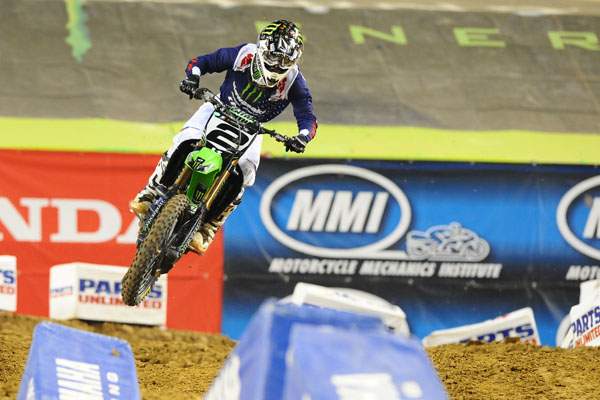 Villopoto didn't get the win this time, but he did have the speed.
Steve Cox photo

Even more impressive, Trey Canard's late race charge saw him log the second fastest time of the night (and as an additional note, his 50.568 on the last lap was the fastest final lap time of the night). And the race winner, Ryan Dungey? He rode in control all night and won with only the third fastest time. Consistency counts on a slick track like Dallas.


Justin Barcia had the speed again this weekend, but this time his Bam Bam ways caught up to him, when he bashed his front brake trying to pass Blake Baggett for second. Without it, he was powerless to mount another attack and had to settle for third. Baggett was second fastest and rode smart, waiting for his opportunity and taking full advantage to win his first pro race.

There are only 19 riders in this week's Lites chart since Levi Kilbarger crashed out of the race in that massive first-turn wreck and didn't complete a lap. 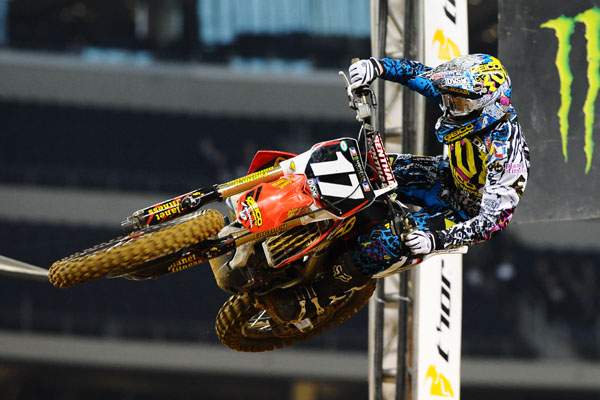