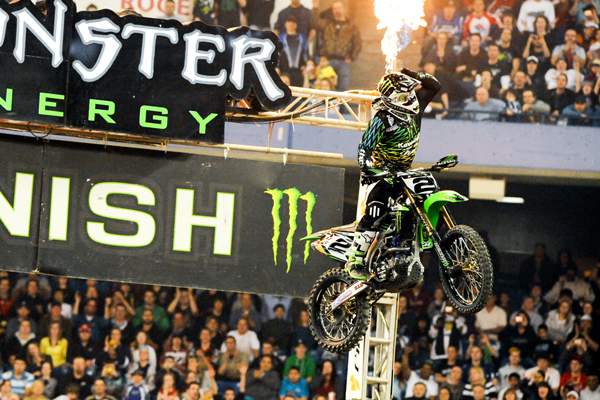 Speed is not an issue for this guy.
Steve Cox photo

Ryan Villopoto's speed has been nearly unequaled each week, and it carried into Toronto. Ryan Dungey was faster than RV in Atlanta's main, but beyond that, RV has been the guy in San Francisco, San Diego, A3, Indy, Daytona and Toronto. Think he's doing something right? Bummer weekend for Davi Millsaps, who was the third-fastest in the main but had a huge crash knock him out of the race. And Trey Canard isn't just lucking into his podium finishes with good starts. He's legitimately locking down fast laps each week. Note how the track seemed fastest for the 450 riders between laps 4,5,6, mostly. Also, not the extra names on the list, as 22 riders raced the Toronto main event. Adam Martin's time was a bit off, but he crashed out and only made it to lap two, so he probably would have logged better laps if he had the chance to stay in the race. 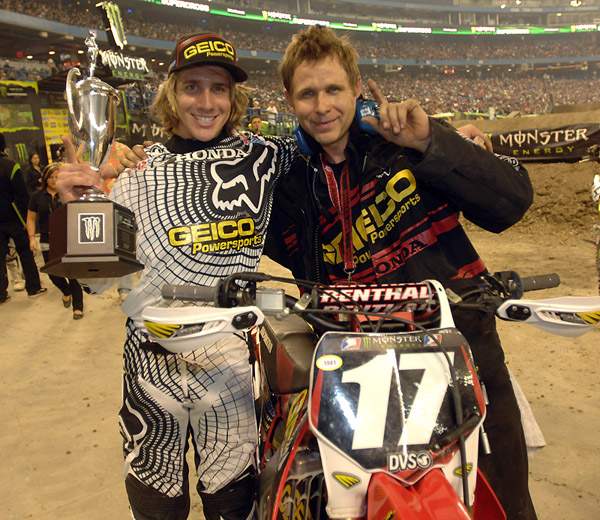 Barcia and wrench Schnikey are in the record books.
Carl Stone photo


Safe to say that Justin Barcia has arrived in the 250 class, with his first win powered by the best lap in the main. Barcia was also fastest in Atlanta, but crashes knocked him to 18th there. This time, his speed was also fairly consistent, and he got the win. Note Christophe Pourcel being eight tenths of a second off--strange night for the rider who had won three-straight coming into Toronto. Note how many riders logged their best times on laps 5 and 9. Kind of a strange coincidence there.
Read Now
October 2022 Issue Now Available