No Fear is approaching 20 years of motocross experience driven by passion, proving the delivery of the Rush MX goggle is long overdue.  The Rush has been tested by many of the elite in the motocross world, including No Fear’s Jason Lawrence, who greatly influenced the Rush goggle development into a steadfast dirt goggle.  The Rush has proven to be not only protective to the eyes, but also delivers an extremely comfortable face forming-fit while on the pipe, in the ruts and out at the desert.

The Rush will be unveiled to the media and VIP’s during an invite-only event on March 8th, 2010 at the No Fear MX sponsored Pala Raceway, located in Pala, CA.  During the event, media, retailers, and VIP will have the opportunity to ride and test the product at the track, enjoy No Fear Energy drinks and a lunch on the house.  Same day at noon, the track will open to the public where the public will have the chance to demo the Rush goggle. Event attendees will be offered special pricing on the goggle, which is expected to hit select No Fear Retail Stores, No Fear motocross retailers across the country and at www.nofearmx.com on 4/1/10.

No Fear’s Jason Lawrence, one of the Rush’s first team athletes, will be at the track riding, enjoying complementary food and drinks and most importantly, ready for media interviews. No Fear’s Tommy Searle and Team Hostility will also be at the track.

In addition to the ride day, No Fear MX, Inc. has teamed up with Transworld MX offering the chance to win a Jason Lawrence signed No Fear Rush goggle for five lucky entrants.  Five pairs of goggles will be awarded to five entrants who post a photo of themselves wearing No Fear MX gear or apparel, along with a creative caption, in the USER GENERATED PHOTOS section on www.transworldMX.com.  The editors will choose their favorite five photos April Fool’s Day, 2010 and post the winners on the homepage.

The Rush is being offered at very competitive pricing, starting at $44.95, which includes the goggle and a No Fear MX logo’d microfiber lens cloth.  The RUSH is introduced in four staple-piece color ways Red Racer (shown), Black Socks, Blue Collar, and White Lightening.  Expect special edition colors in the near future for the Rush.

For more information on the Rush, the Ride Day, or No Fear MX, Inc., please visit www.nofearmx.com.

About No Fear
Established in 1990 and headquartered in Carlsbad, California-based action sports lifestyle brand No Fear has been a leading marketer of the alternative sports lifestyle and technical products. No Fear currently owns or licenses over 60 retail stores in California, Arizona, Nevada, Florida, Hawaii, North Carolina, South Carolina, Oregon, Colorado and Minnesota. No Fear also distributes products to approximately 2,500 wholesale accounts, which include young men's specialty accounts, motorcycle shops, and surf shops. No Fear sponsors professional and amateur athletes and events, including Jason Lawrence, Tommy Searle and Team Hostility. No Fear also markets the popular No Fear Energy drink. 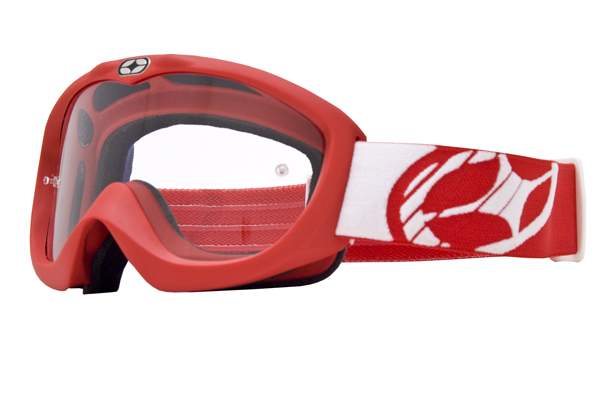