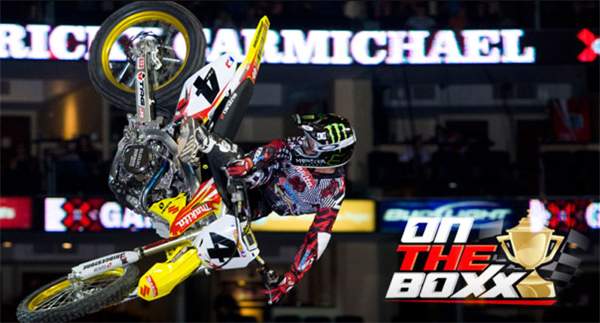 By attaining the retail licensing rights for Ricky Carmichael it will insure that Ricky’s fans have easy access to his licensed casual apparel in retail markets throughout the country. Once again On The Box, LLC has taken the steps necessary to reach the goal of establishing future growth and awareness of the sport as well as introducing the top riders of motocross to the mainstream market.

Carmichael recently completed his rookie season in the NASCAR Camping World Truck Series, driving for Kevin Harvick Inc, nabbing 2 top ten finishes and winning the Most Popular Driver Award this past season. 2009 was a part time effort in the truck series but 2010 will see Carmichael to return competing in the full 25 race season and adding several ARCA races to his schedule while driving for Turner Motorsports.

Look for additional company information in the near future by visiting www.ontheboxx.com or by contacting the company’s Director of Public Relations, Stacey Baker via e-mail at Stacey@ontheboxx.com
Read Now
June 2021 Issue Now Available