FMF Racing is also proud to announce that they have stepped up their efforts with KTM and have signed on as the title sponsor for their Supercross, Motocross and Off-road teams! Heading up the FMF/KTM Supercross effort is newcomer Tommy Searle, who will be branded in a fully custom painted FMF helmet for every Supercross round. Searle chose to skip the Supercross season in 2009 and concentrate solely on Motocross. Now, Searle has had an entire off-season to hone his Supercross skills and by the looks of him riding, has done just that. Each day Searle looks more comfortable on the bike, which is bad news for the competition.

The JGR squad made its presence known in 2009 when Josh Grant won the opening round of the AMA Supercross Championship at Anaheim Stadium. This was JGR’s first Supercross win and as the team moves into 2010 it now benefits from some of the most sophisticated equipment available to prepare engines and suspension. Josh Grant remains with the team for his sophomore season in the premier class, and is joined by newly signed Justin Brayton. With the JGR staff now going into their third year as a team, and Grant and Brayton as their riders, the program is positioned well with the Gibbs family philosophy that in professional sports, you win with the people.

Then there is JLAW Racing. FMF has backed Jason Lawrence since his amateur days, and 2010 will not be any different! Lawrence has his sights set on racing Anaheim, and FMF will be there to support in everyway possible. On the other hand, FMF is extremely excited to welcome Grant Langston to the FMF family. After battling eye cancer, there is no doubt that Langston is coming into this season stoked to be riding again. Each day Langston says he feels more comfortable on the bike. Look for some great rides from the Zulu Warrior in 2010.

The DNA Shred Stix/Star Racing/Yamaha team enters into the 2010 AMA Supercross season with good form. On the west they have Broc Tickle and Max Anstie, who are both riding and peaking just when they need to be. Tickle is ready like he always is, and with good starts look for plenty of podiums from Tickle. Anstie is on the gas as well, annihilating the test track with his speed and worth ethic. As long as Anstie can keep his nerves in check being his first time racing Supercross, look for him to turn some heads and keep progressing forward.

Speaking of progressing forward, the Motoconcepts Yamaha team has expanded its effort in just its second year in AMA Supercross. Leading the way in the premier class is Dan Reardon. Reardon has proved to be a front runner in the lights class and many expect more of the same from Reardon as he steps up to the premier division full time. Motoconcepts also signed Matt Goerke to run beside Reardon on the 450; however an injury has sidelined the young talented rider. As for the lights riders, Motoconcepts has rookie sensation Travis Baker and the young veteran Jeff Alessi fielding the west coast, while Ryan Sipes and Vince Friese head up the East. Look for great things out of the Motoconcepts squad for 2010 and beyond!

FMF would like to wish all of their team’s good luck in the upcoming Supercross and Motocross season!

Each FMF team is using FMF’s Factory 4.1 RCT muffler with the patented Megabomb header. To learn more about FMF latest and greatest products, as well as the Take 20 program, please visit www.fmfracing.com. 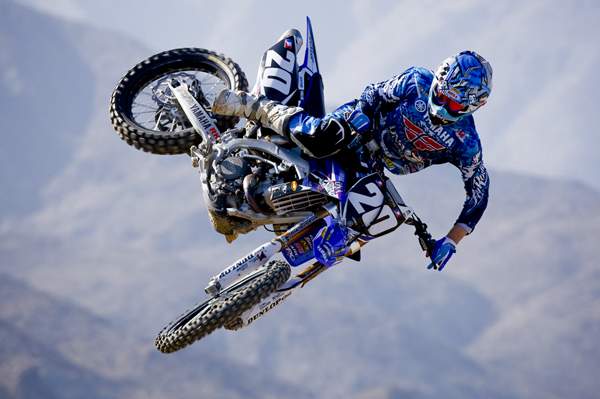