Ivan Tedesco will be debuting the new 2010 line of ONE Industries race wear at the season opener this weekend in Anaheim, CA. The new partnership will see Ivan competing in ONE Industries’ motocross apparel and helmets.

Commenting on becoming a ONE Team member, Ivan said “I am pumped to be with ONE Industries, they hooked me up straight away and the first day made me feel like part of the family. Everything works and fits perfect which means I can just focus on racing”.

Neil Calvesbert, CEO of One Industries added “We are excited to have Ivan join us, he is not only fast and talented on the track but a great guy to work with off the bike which is equally important to us. He puts in 100% effort and fits in perfectly with both ONE Industries”.

Russ Koza, Marketing Manager adds “We’re pumped to have Ivan on the team. As an accomplished athlete who is respected by the fans, Ivan will be a great representative for the ONE brand.”

Tedesco had a breakout year in 2004 winning the AMA Supercross Lites West Championship. He repeated as SX Lites Champ again in 2005 and also brought home the AMA Motocross Lites title that same year before moving to the 450 class. Hot Sauce finished 2009 strongly by claiming his first victory in the Lucas Oil Motocross Championships where he completed the season in third overall. He looks to carry that momentum into 2010 aboard his Yamaha YZ450F for the Valli Motorsports Yamaha team.

To get a preview of the new line that will be arriving at your local dealer soon, check out Ivan at Anaheim 1. For more information about ONE Industries go to www.oneindustries.com. 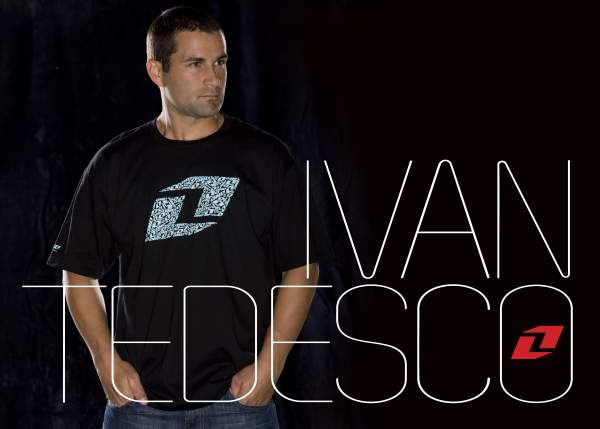