AURORA, Ill. – While San Manuel Yamaha’s James Stewart, of Haines City, Fla., is on a two-race win streak, Rockstar/Makita Suzuki’s Chad Reed, of Tampa, Fla., takes over the points race as Monster Energy® AMA Supercross, an FIM World Championship, heads to Houston’s Reliant Stadium this Saturday night. With tickets available for as low as $10, fans can watch this epic showdown in the AMA Supercross class and the opening race of the Western Regional AMA Supercross Lites class. 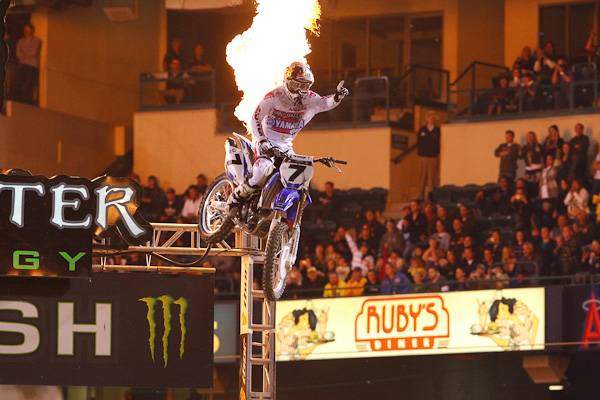 James Stewart has Three Wins at Reliant Stadium and is on a Two-Race Wins Streak
Photo Credit: Brian Robiniette

With three races completed, the hotly contested AMA Supercross class has seen two winners, JGRMX/Yamaha/Toyota’s Josh Grant (Anaheim 1) and Stewart (Phoenix & Anaheim 2). Last Saturday night 43,009 Monster Energy® fans at Angel Stadium in Anaheim, Calif., watched Stewart win his second consecutive race of the year and chipped away at the points deficient he was faced with after finishing 19th at the season opener. 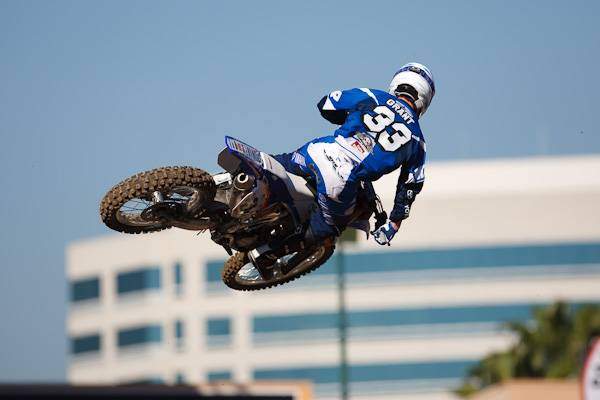 Heading into Phoenix’s Chase Field Stewart was 23 points out of the points race; his victory there moved him up to seventh place in the standings (18 points out of the points standings) and a win Saturday night in Anaheim moved him into fourth place, just 12 points behind Reed. A three-time winner in Houston, Stewart continues his quest to the top.

“I didn’t get the greatest start,” said Stewart. “It was a freight train out front, but I was able to get around Windham (Kevin) and Ryan (Villopoto). I came up short on the triple jump and lost my back brake for a few laps.”

Reed knows something about comebacks as well. Starting in last place Saturday night in Anaheim, Reed used every lap of the 20-lap main event to claw his way into second place, which was good enough to take over the points lead from Grant. Reed, a two-time winner in Houston, races for his first win of the 2009 Monster Energy® Supercross season. 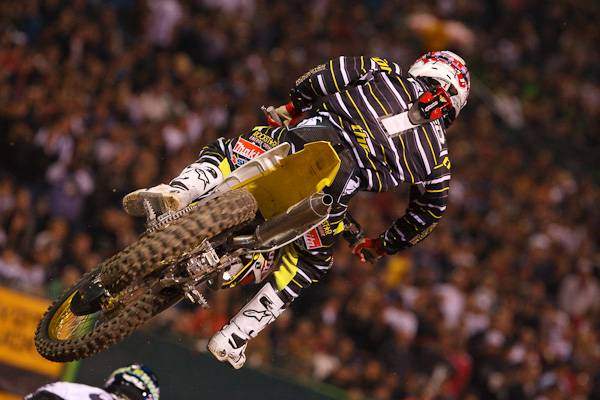 Chad Reed Moved Into the AMA Supercross Class Points Lead Last Week in Anaheim as he Picked up the 89th Career Podium Finish of his Career.
Photo Credit: Brian Robiniette

“I was somewhere in the top five off the start and someone took me out,” said Reed. “I tried to play damage control tonight,” added Reed. “It was a super difficult track to pass on. We have the points lead now, so I am so excited. Our team has been working their butts off, and I am confident. I tried to be smart for 20 laps. I knew these guys would get tired, so I kept my head down and charged hard.”

The AMA Supercross class main event at Angel Stadium began with GEICO Powersports Honda’s Kevin Windham, of Centerville, Miss., winning the holeshot and leading the first 10 laps before Stewart passed him for the lead.

Coming into Anaheim, Dungey enjoyed a two-point lead. In the main event, he passed Morais for the lead and rode off to his second consecutive race win of the season and extended his points lead.

“It was a great ride,” said Dungey. “I heard the fans every step of the way. The track played out really good for us. This is really enjoyable. We have a two week break in the Lites class, so we can go back and work hard and show up prepared for the next race.” 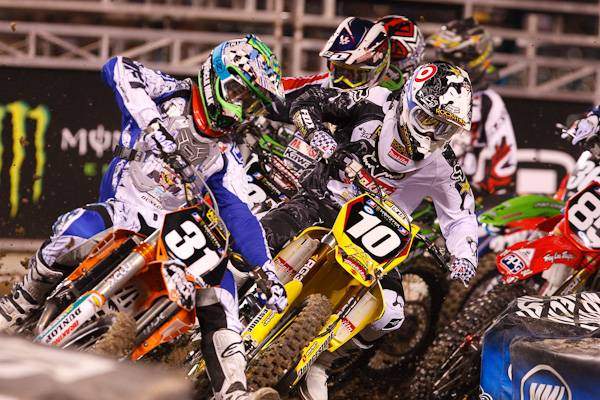 This weekend’s Monster Energy® Supercross race from Reliant Stadium will mark the 43rd time the gate has dropped in Houston. During last year’s AMA Supercross class main event, GEICO Powersports Honda’s Kevin Windham grabbed his first victory since 2005, capitalizing on an error by Davey Millsaps to go unchallenged the rest of the way.

“I have been working hard this year, and tonight it paid off,” said Windham after last year’s victory. “I could not have won in front of a better crowd. I put my head down tonight and used the crowd to my advantage. The crowd was on their feet for the entire race.”

The win sparked a stellar championship run for the veteran, who chased eventual champion Chad Reed to the wire.

Monster Energy/Pro Circuit Kawasaki’s Austin Stroupe became the fourth different winner of a young 2008 season when he garnered his first career victory in Houston. The rookie competitor made an impressive pass for the lead over Jason Lawrence to stay in front over the final 10 laps of the main event.

“I finally had a decent start, and that helped me in the beginning of the race,” said Stroupe. “I put myself in position to stay up front and that’s what I did.”

Tickets are available at Reliant Stadium, all Ticketmaster locations, participating Yamaha locations or by phone at 713-629-3700. Extreme and Club level tickets are available for $40 club; Gold Circle tickets $40/adults/$10 kids; Treadhead Seats $10. Get in free with an empty can of Monster Energy.