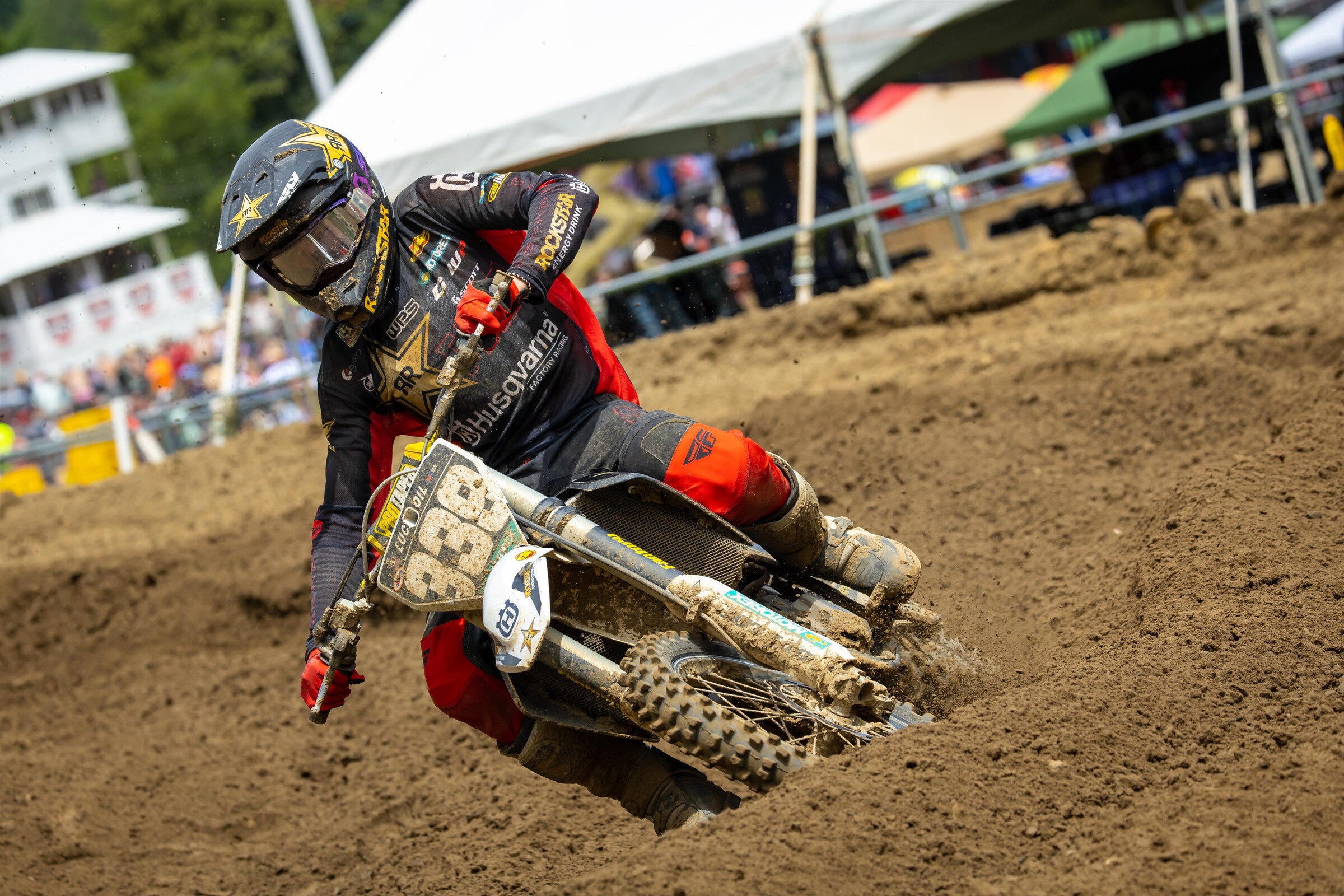 Rockstar Energy Husqvarna recently announced the signing of Talon Hawkins and Casey Cochran to new amateur deals with the intention of building the two elite amateur riders into the professional ranks. Hawkins got his first taste of Pro Motocross this year when he debuted at the Spring Creek National finishing 19th overall. He then also raced Ironman and Fox Raceway 2 earning 27th and 17th overall, respectively, in the 250 class. He was eighth and fourth in his two Pro Sport classes at the Monster Energy AMA Amateur National at Loretta Lynn’s Ranch. The results from 2022, though, don’t tell the whole story, as much of Hawkins’ summer was spent rushing his way back from ACL surgery.

He will get another year to develop his skills before becoming a full-time pro. Hawkins has now extended his relationship with the Rockstar Husqvarna for 2023. The 19-year-old will race Supercross Futures in 2023 to start the year with expectations to hit the major amateur events and possibly turn pro, for good, at the end of the year. We caught up with him a few weeks ago as he got his feet wet with supercross to ask him how it’s been going.

Racer X: So, you’ve signed a new deal with the team! How exciting is it to stay with the same program and not need to switch right before you get to the pro ranks?
Talon Hawkins: Yeah, I’m so stoked to be re-signing with the team. It’s been a tough year with me tearing my ACL, getting the surgery, trying to get back as quickly as I can, and trying to do Loretta’s. I was pretty stressed out this year just trying to grind and get back up to speed. But it’s been good. I’m so pumped that [Nathan] Ramsey believes in me. He’s always believed in me from the start, and I’m so pumped to have him behind my back.

It was a pretty wild summer for you because you did the Combine, then you raced pro, then you went and did Loretta’s, then you came back and raced pro again. How was trying to juggle jumping between all that and trying to find the right fit for yourself?
I didn’t feel like it was juggling much at all. It was all for preparation. I’m trying to be ready as possible for when I turn pro so that I don’t really fizzle out. There’s a lot of guys that fizzle out their first year of pro and I don’t want to do that. I want to be as ready as possible.

That transition from Supermini to big bikes and now on the doorstep of turning pro, have you felt like, aside from the ACL injury, that everything with making this transition has been smooth?
Yeah, I’ve had some small bruises [laughs]. I’ve had some pretty big crashes recently. But it’s all relative. You’re learning no matter what. You learn every day. I’ve been learning new stuff with Josh Hansen helping me out on supercross, helping me out with the whoops big time. That’s been a huge struggle for me, but we’re getting them down. I’m just taking my time and trying to hit them fast.

With learning supercross, how much of those first steps is learning jumps or whoops or segmenting versus putting the whole track together?
Mike Brown has been helping me out and giving me some schedules for the days at the track. Some days are motos, some days are short sprint laps, some days are just sections. It’s all different every single day. So, I’ve been on a pretty good program recently. I’ve been riding a little bit of outdoors, a little bit of supercross here and there, I’ve been going out in the hills. I’ve just been kind of riding anything which is the Ryno [Ryan Hughes] way [laughs]. [Note: Hughes had an Instagram posting streak going a few years ago where he would…ride anything.] I’ve just been trying to ride anything and there’s been a lot of good things transferring over between the riding styles. Like going and riding supercross one day and then outdoors the next, there’s a lot of stuff that transfers over and helps me with both.

You’ve been working with Hanny and Brown. Have you also leaned on your teammates like Jalek [Swoll] or RJ [Hampshire] as well?
Yeah, I’ve been taking input from all the guys. Even my homie Dean Wilson, he’s been helping me out a little bit. I always send him videos and he’ll like critique it and tell me what I need to change. Hansen has been a huge help for me. Nate Ramsey, who is one of the greats, he’s been helping me out a tremendous amount. I have a lot of good guys in my corner that have been helping me try to learn this supercross thing and I’m pumped.

What’s the toughest thing to learn so far?
The whoops are definitely the hardest part. I’ve also been working hard on pushing the rhythms though and trying to get in that race pace mentality.

We saw at the Red Bull Straight Rhythm, for example, how much pushing the rhythms and staying low can help. How technical is something like that for someone learning it for the first time? Is it hard to train your mind to push through a jump face like that?
Yeah, it’s crazy. A lot of people think that Red Bull Straight Rhythm isn’t hard just because there’s no turns, but that race is damn near as hard as any supercross track just because of how fast those guys are pushing through. Like you’re saying, the whole pushing through a jump thing is insane. There’s such little things that you need to add up to big amounts of time. There’s not a lot of separation when it comes to supercross, so any little thing or any little edge that the fastest guy has, it all helps.

Has it been fun trying to find those few tenths here and there a little bit where you can almost click the next gear in your head on what works?
Yeah, it’s hard because it’s such minute fragments of time that you need to make up. You could mess up in one corner and there goes a couple tenths, but a couple tenths on a supercross track is a lot. A second here or a second there in motocross doesn’t matter too much, fractions of a second matter when it comes to supercross just because everyone is doing the same thing when it comes to the pros.

So building up from here, you’ve got a bit of time to prep and get ready for supercross. Are you doing Mini O’s and then rolling into supercross or what’s the plan for the next few months?
The plan is just to ride supercross for now. I’m not doing Mini O’s. I’m just focusing on Supercross Futures. I think the next amateur outdoor race I would do would be Spring Nationals. So right now I’m just focusing on the Supercross Futures and looking to go have a good time on that.

In terms of Supercross Futures, what are you expecting out of that? Will it be daunting to ride into the stadium and have a crowd there and seeing the real track for the first time?
I’ve ridden Monster Energy Cup in the past on Supermini, so I know what that stadium feeling is like. Obviously, it never gets easier going into those stadiums with all the fans, but I just want to not focus much on the crowd or how many people are watching. I just want to do my thing.

Are you going to try to build each week as well? You said you’d try to do as many as you can. Is it about building at each one or is there a goal you set for yourself in even the first one?
My goal is just to be comfortable on supercross by the time those races come around. I’m hoping to come out swinging on that first race.