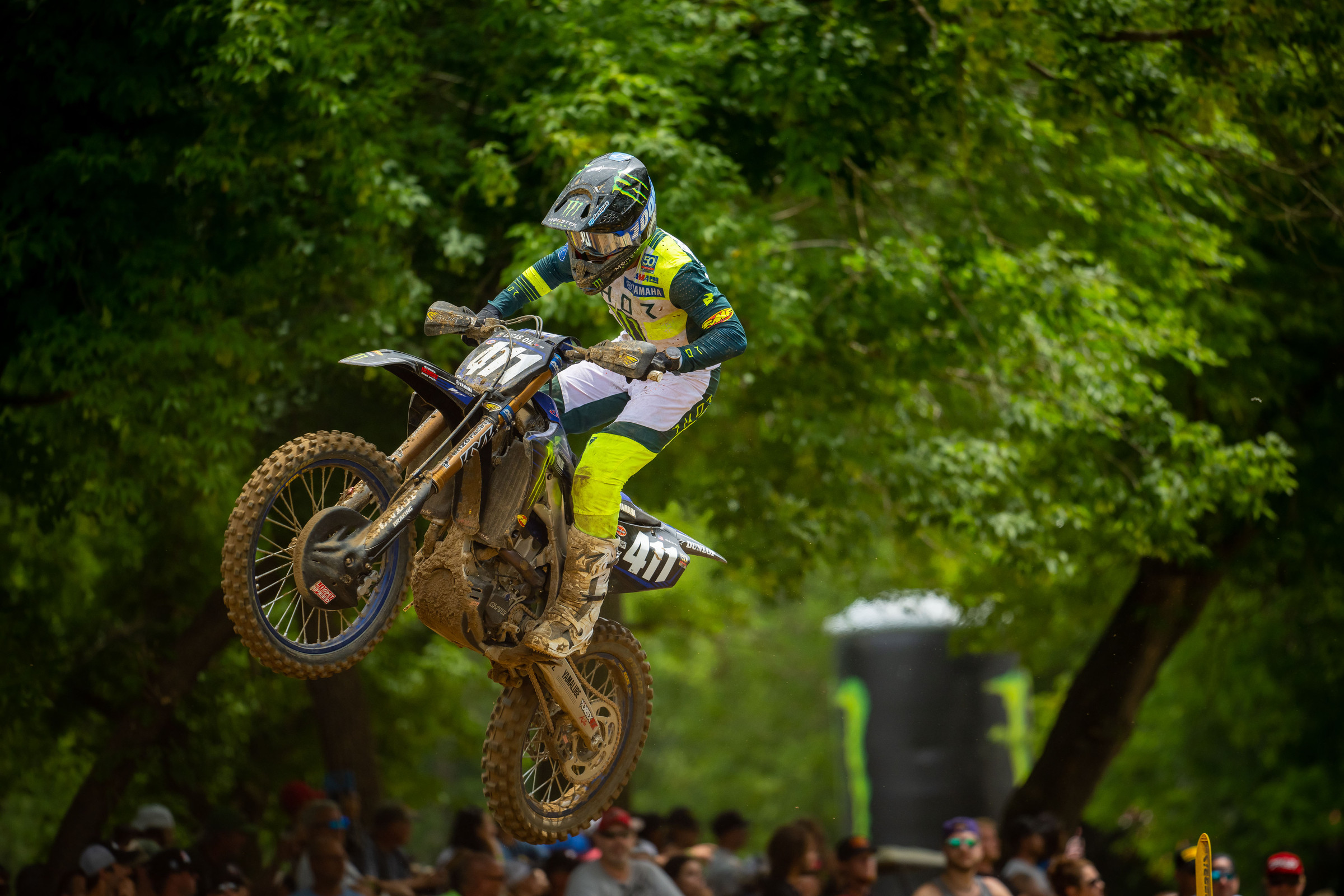 Comment: Cianciarulo is out for the season with a knee injury sustained during supercross.

Comment: Hartranft is expected to miss a second straight weekend with an injured right ankle.

Comment: Nicoletti was set to get back to racing at some point this summer after breaking his arm in supercross, but he crashed again while practicing and re-broke it. He’s out for the season.

Comment: DeFrancesco took a rock to the arm and shoulder area and pulled out of the second moto. He’s still sore but is in for the weekend.

Comment: Forkner is out after getting surgery on his shoulder.

Seth Hammaker – Banged Up | In

Comment: Hammaker had a big crash in the first moto last week at Unadilla and wasn’t able to finish. The team says he’s still a little banged up, but is planning on racing this weekend.

Comment: Kitchen had hoped to return to Unadilla after breaking his wrist, but he’s not quite ready to go just yet. He’s back on the bike but will miss Budds Creek.

Comment: LeBlanc is back on the bike after breaking his collarbone but isn’t quite ready to race yet. He’ll miss the action this weekend.

Comment: Lopes is out for the summer after developing a post-surgery infection after undergoing a procedure to alleviate pain in his arm and wrist.

Comment: Martin has been out with a shoulder injury all summer, but it looks like we might get to see him race at Ironman Raceway—the Muc-Off/FXR/ClubMX Yamaha rider has been planning to race the final two nationals of the year. Hopefully everything goes to plan!

Comment: Masterpool is out for the summer due to a broken kneecap sustained at Spring Creek.

Michael Mosiman – Banged Up | In

Comment: Mosiman crashed big at Spring Creek and was severely banged up. It was thought that he’d be back for Unadilla, but he didn’t race. The team has stated Mosiman will make his return to racing this weekend.

Comment: Nichols broke his arms during supercross but recently returned to riding. However, he is out for the weekend.

Comment: Reynolds broke his wrist in Minneapolis and hasn’t raced since. It’s unclear when he’ll return to racing.

Comment: Robertson crashed big at Spring Creek and had to get surgery on his ankle. He’s out for the season.

Comment: Romano crashed during the week while practicing and injured his thumb. He’s out for Budds Creek, and Guillem Farres will fill in for him.

Brandon Scharer – Back | Out

Comment: Scharer is out for the summer with multiple fractures in his lower back.