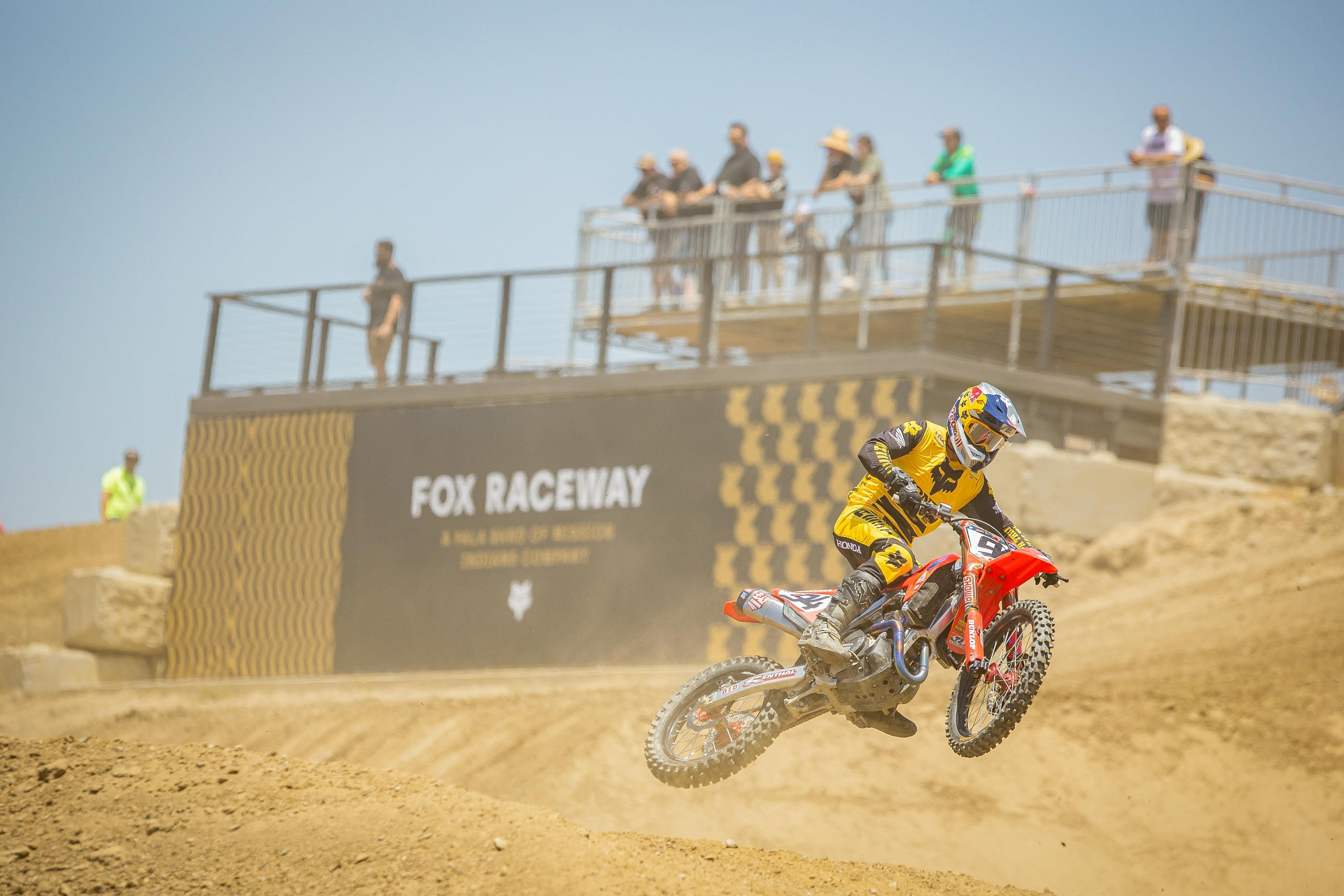 After pausing his supercross season after Daytona, Ken Roczen, the 2014 and 2016 450 National Champ, will make his return to racing this weekend in Southern California. How will he do? That’s anyone’s guess. He could have a lackluster day, or he could come out and completely destroy everyone, seemingly with ease, and neither result would be surprising! If you’ve been following his Instagram, however, it sure seems like he’s ready for the gate to drop, and he seems fired up, which is a good thing for us fans! –Hansel

Eli Tomac has seen a rejuvenation in his career since switching to Monster Energy Yamaha Star Racing, which recently culminated in his second Monster Energy 450SX Championship. With that kind of boost you’d expect him to be absolutely lethal in motocross, where he’s traditionally been a total beast. Then again, he also sustained a knee injury during supercross that affected his performance down the stretch. Will he be healed up enough to give it 100 percent at Pala? -Hansel

Turns out retirement wasn’t sitting well with Dungey, as it was announced several weeks ago that he’d be returning to Lucas Oil AMA Pro Motocross for two rounds. But c’mon, two rounds? You think Dungey is going to call it quits after two rounds? Doesn’t seem likely. He was undeniably dominant when he was on point, but he also hasn’t raced a National since 2016. You know he’s fit and in shape, Dungey wouldn’t come back if he wasn’t, but can he still run the pace up front? We’ll find out this Saturday! –Hansel

Yeah! Antonio Cairoli is coming to America to race, and even if it is for only two rounds, how cool is that? He’s been completely forward about this being just for fun, and you wouldn’t be lying or being offensive if you were to point out he’s no longer in his prime. But who cares? He’s one of the greatest motocross racers in history! You know he’s still going to be fast, and how cool is that we get to see a GP veteran of his caliber line up and race with our boys here in America? No matter where he finishes, everyone wins. –Hansel

The question isn’t whether or not Jett Lawrence is going to be good. We already know he’s going to be extremely fast, and he’s probably going to win a stack of races. And if you ask just about anyone in the pits, he’s the odds-on favorite to win this championship for the second year in a row. There are a few riders out there right now who would likely have a thing or two to say about that, but either way, he’s going to up front more often than not. The question is, how’s he going to handle the opener? Will he take it as an opportunity to assess the competition, or will he come out swinging at Fox Raceway? –Hansel

Dylan Ferrandis sustained a ligament tear in his thumb on Tuesday and the necessary surgery will force the reigning 450 class champion to the sidelines to the start the year. It’s certainly a bummer to lose Ferrandis who fared to be right in the mix of this already wild 450 class title fight in 2022. Though a timetable has not been set on a return, both Ferrandis and the Monster Energy Yamaha Star Racing team seem adamant that Ferrandis will return behind the gate some time this summer. –Kellen Brauer

After Adam Cianciarulo went down with a knee injury for the season, Monster Energy Kawasaki needed to call on someone to fill his seat for Lucas Oil Pro Motocross. In stepped for Kawasaki rider Joey Savatgy who was left out of a ride after the Rocky Mountain/BBMX split occurred mid-supercross as Savatgy himself was recovering from a knee injury. The fill-in role at Kawasaki is just what Savatgy needs to show potential suitors what he’s worth for a ride in 2023. Unfortunately, the team announced that Savatgy will miss the opening round this weekend as he continues to fully heal. It does sound like this is temporary though and we will see Savatgy back behind the gate again soon. –Brauer

With Jett Lawrence as the aforementioned clear favorite in the 250 class this summer, several riders will be looking to assert themselves into a title scenario they’ve never been in before. Riders like RJ Hampshire, Michael Mosiman, or Jo Shimoda will be trying to find that next step of consistent race winning success. Meanwhile, a rider like Austin Forkner will simply be looking to rekindle his old glory. Add in Justin Cooper coming off of a broken foot, Max Vohland returning from a shoulder injury, and many other riders looking to make a dent this summer, and we have a long list of hungry riders in the small-bore division. –Brauer

Each season, there’s always a privateer or borderline factory rider that impresses massively when we take it outside. Riders like Coty Schock, Justin Rodbell, Fredrik Noren, and many more find early success and roll it into a terrific summer. It’s bound to happen again in 2022 but it’s always fascinating to try to predict who that breakout rider will be. You may not even notice them much this weekend amid the thrilling storylines at the front but keep an eye out on someone who will finish in, let’s say 11th this weekend, that takes that solid result and turns it into the summer of success. –Brauer

Fox Raceway at Pala is not many riders true home track. Gone are the days of talent literally never ending from a steam of small Southern California towns as top riders are really from just about anywhere in the country. That being said, many riders do call Southern California home now for riding and testing and Fox Raceway is a frequent stop for many of them. Being able to wake up in your own bed and head to a track you know very well is always a little bit of a pick-me-up for the riders and many will do so today. Will that familiarity help everyone find solid footing at the opener? We’re about to find out! --Brauer