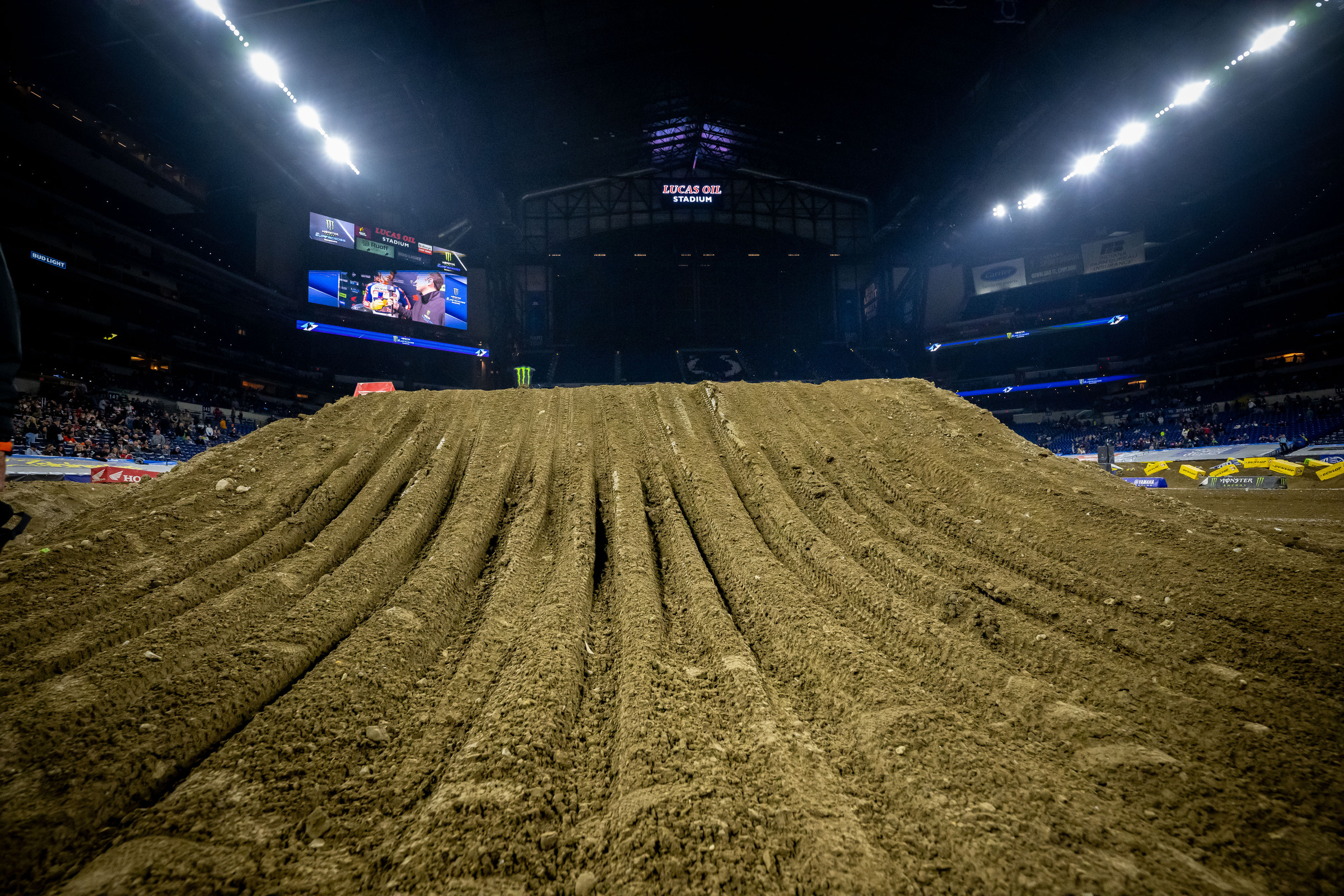 The 11th round of the 2022 Monster Energy AMA Supercross Championship has come and gone as the Indianapolis Supercross is now behind us. There were many talking points from a wild night of racing at Lucas Oil Stadium on Saturday night, and as such, we fired off questions to long-time professional racer Jason Thomas to get his thoughts on it all.

These two have been at the epicenter of aggressive racing all season long. If anyone should be ready for retaliatory moves in either direction, it would be these two. Still, I think Barcia’s line is tough to see anything but aiming for contact. When Anderson exits the corner, Barcia is sitting sideways in the middle of the track. Anderson is going in the direction of the track and Barcia is perpendicular to that direction, sitting broadside in the middle of the line.

Others have used the Jett Lawrence/Cameron McAdoo pass as an example of being a similar situation. This is a poor example, in my opinion. McAdoo was never sitting sideways in the middle of the exit. McAdoo dove for a block pass and Jett countered. This was a much more traditional encounter than Barcia’s chosen line. The differences in the intent can often be found by the entry angle drawn. Barcia’s angle didn’t leave a lot in the way of alternative outcomes. It wasn’t anywhere near the most egregious of historical Barcia contact, but it did leave the leader on the ground.

Hot take too/two!: Lots o' lappers in Indy. Do we have a problem, and should there be some sorta rule to fix it?

There was a lot of lapper congestion, but I would point to the combination of injuries to the elite riders and a very short lap time. Having inexperienced 450 main event riders is always going to up the ante for lapped traffic. Couple that with a near 30-lap main event and yes, it’s going to get dicey. I don’t think we should add rules for the outlier events, though.

The riders said the track was really rutted and gnarly. How bad was it?

It looked really tough at times. In the heat races and LCQ’s, it looked pretty reasonable. The traction was great, and riders could be ultra-aggressive. As that softer dirt (which gave the good traction) broke down and got rutty, many of the tougher rhythm sections got difficult to execute. It was a track that required precision and laser focus. This track didn’t reward reckless disregard for line choice. That was even more critical as the main events wore on. Small mistakes could escalate in the blink of an eye, and we saw several crashes accordingly.

Were you surprised that Cameron McAdoo had the speed to go by Jett Lawrence and even pull away for a bit?

I was! I think Jett was, too. When Jett got out front, I think he was more concerned with managing a tricky racetrack than setting his absolute best lap time. When McAdoo went by, I think he realized he was going to have to push the pace more than he originally wanted. Credit to McAdoo, not many people have been able to pass Jett.

A lot of the Lawrence/McAdoo battle came down to the rhythm after the whoops, which was difficult for either rider to do every lap. Explain the difference between a lap when a rider gets it and doesn't get it. Is it the corner before? The rut on the takeoff? And how quickly do you know when you're not going to make it and have to use the smaller rhythm, versus launching and hoping for the best?

The section mentioned was a triple-quad. It was the main line during qualifying sessions and the heat races. As the track deteriorated, though, it got more and more difficult. The ruts exiting the berm didn’t allow as much momentum as a nicely groomed berm did. Riders also had to manage balance with throttle control inside the rut whereas a nice berm lets riders fully disengage the clutch earlier and build more speed into the seat bounce.

Executing the corner correctly was really the go/no-go on this section. Even when done well, this section got very difficult in the main events. Jett missed this section several times in the 250 main event and Malcolm Stewart went down hard trying to triple in during the 450 main. The triple-quad was significantly faster so the reward was worth the risk, although the risk side was on an uptrend as each lap passed.

Was Eli Tomac going all out or just managing that race?

I think it was somewhere in between. The track was too treacherous for reckless abandonment type riding. He is also aware that wins are very possible each and every time the gate drops. Finding that balance between overriding the track and lack of intensity is one of Eli’s strengths. You don’t often see him toss away solid results due to silly mistakes. He is almost always acutely aware of where his limit is and respects it to a tee. Unfortunately for most of the 450 SX world, that limit is often higher than theirs.