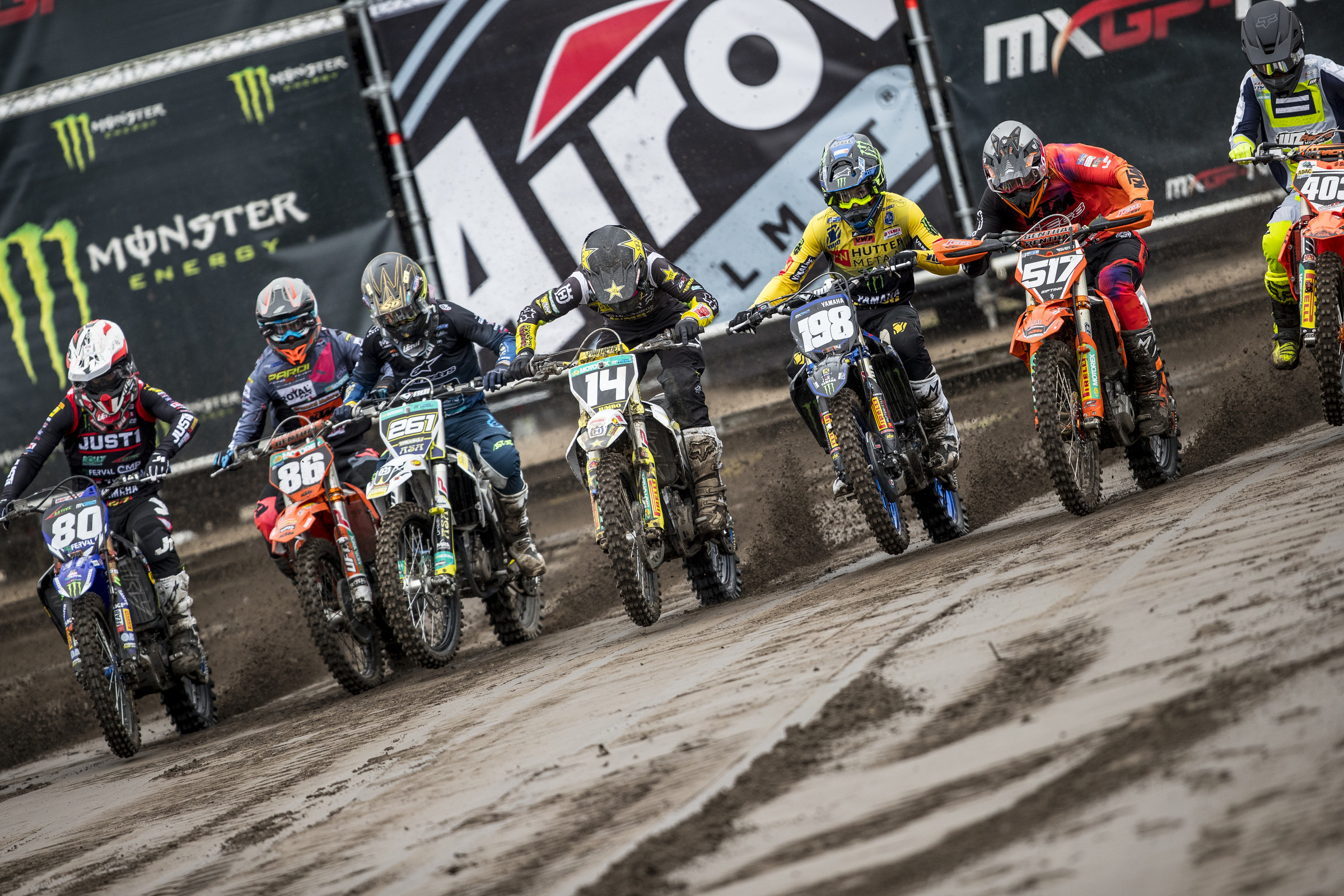 We called upon MXVice.com’s Lewis Phillips for a rundown of what the European riders have been doing during the pause in racing. Here’s his overseas update:

Imagine if riders in Monster Energy AMA Supercross did not actually race in Salt Lake City, Utah, and the last time that they sat behind the gate was at Daytona. That is the type of drought that those competing in the 2020 FIM Motocross World Championship have experienced—the last time that gates dropped was at the Grand Prix of The Netherlands on March 8.

It is only recently that things have actually started to happen, as everyone was restricted to their houses in the month of April. There was no on-track activity to speak of at all, not even at their private practice tracks, as restrictions were so strict in different parts of Europe that it was a logistical nightmare for teams, some of which feature employees from many different countries. The fact that the border that separates Belgium and The Netherlands, which sits between Lommel and Valkenswaard (a 25-minute drive on a bad day), was closed makes it abundantly clear just how much everyone was stuck, so to speak.

Jeffrey Herlings only managed to start riding again in late May, almost three full months after the Dutch Grand Prix. Dirk Gruebel, the manager at Red Bull KTM Factory Racing, explained that Herlings found riding at that point to be much like returning from injury, something he was forced to do multiple times last year.

“Jeffrey said that it was like old times when he came back from an injury—he had to start fresh,” Gruebel explained. “Jeffrey had ten weeks off of the bike and his hands hurt after riding, plus you just do not have the strength to hold on. You have to get yourself back into business slowly. They had a break, for sure, otherwise if you continue until the end of November then the end of the season would be tough.”

The break could not have come at a worse time for Herlings, as this was just the second time in his premier-class career that he entered the campaign with no niggling injuries. The pause would have been a big help a year ago or in his rookie season, sure, but was quite unwelcome this time around. The same goes for his teammate in the MX2 category, Tom Vialle, who got his hands on a red plate for the first time in his career moments before the shutdown.

“We stopped for two months to begin with but kept going with our physical training,” Vialle said about how he best utilized his time. “We took a month to ride a bit after that. It got a bit boring to train… Not for nothing, but we did not know when we were going to race again.”

Vialle was one of the first riders to actually race again, as he tackled a round of the Czech national series at the end of June. That was the first championship to start racing in Europe, believe it or not, and there were even fans present! The fact that Vialle and his current rival for the MX2 title, Jago Geerts, both hit the track was a big boost for the Czech scene, which has never received so much attention (and may never again). It is now time for some of the larger European countries like Italy and The Netherlands to have a go at hosting pre-season races. A race in Italy (at the old-school Faenza circuit that will return to the Grand Prix schedule for the first time since 2012) this past weekend gave factory guys like Gautier Paulin and Jeremy Seewer a chance to dust off the cobwebs.

Not everyone will be loosening up before racing in anger at the scenic Kegums track in Latvia on August 9 though. Jorge Prado will not be taking part at any pre-season events, as he continues to play catch up after a femur injury in the off-season and then a broken collarbone in June. The leg injury from December is still giving him some trouble, so he is looking to build his bike fitness up again (four weeks off with his collarbone did not help either).

“I can tell you that since the ‘Nations last year, I counted that I have had seven weeks of riding,” Prado explained. “Seven weeks! I really need to start doing the motos now to get that basic fitness. Hopefully, I can be a bit ready for the first round. I am working hard, so I think I can feel comfortable at least.”

Antonio Cairoli, who sits alongside Prado in the Claudio de Carli portion of the Red Bull KTM Factory Racing awning, has also used this time to play catch up. Cairoli was still struggling with a shoulder injury when the Grand Prix term started, then had to deal with a second-degree PCL tear in his knee. The break would have done him wonders, which really turns attention to what could potentially happen when the series kicks off with a triple header (following a similar format to those SLC races) over in Latvia. The first two rounds were all about Jeffrey Herlings and Tim Gajser. Could the narrative change once racing picks back up? A lot can, and has, happened in 137 days (and counting). The on-track action could look rather different in a couple of weeks, compared to what we have seen so far.

That could especially ring true in the MX2 division. Tom Vialle and Jago Geerts split wins in March, and will certainly be contenders down the stretch, but some of the more experienced riders in the class were in a tricky spot. Thomas Kjer Olsen and Ben Watson were both nursing hand injuries coming into the opener—the former even admitted that he probably would have had to succumb to the ailment and miss races had the season been run as scheduled. Those two are fighting fit now though, so could they take the reins and pull back the points that they have already lost? This is a particularly intriguing story to watch, as Olsen and Watson both need to step into the premier class next year and neither rider has a contract currently. There is arguably more on the line for those two than anyone else.

A final rider to consider is Romain Febvre, a former champion, who had a torrid start to the season. A knee injury stopped him from even competing at the second race and he would have undoubtedly struggled to near his peak by the middle of the season. The break has given him a chance to recover fully and also adapt more to his new KX450, as well as the Dunlop tires and Showa suspension (two companies that he had no background with before sliding over to Monster Energy KRT). Is he going to make a run at the current series leaders? The damage has been done, so no, but at least he has a chance to show what he can really do and deliver Kawasaki some much-needed results. Kawasaki has not had a consistent winner since Gautier Paulin more than five years ago.

There is just so much to discuss and look forward to after such an extended break! Another positive is that the championship has not been condensed as much as some may have thought, as the calendar still sits at a respectable 16 rounds. The 2020 FIM Motocross World Championship will not be over in a flash. There is a long way to go, as well as plenty of subplots to look out for.