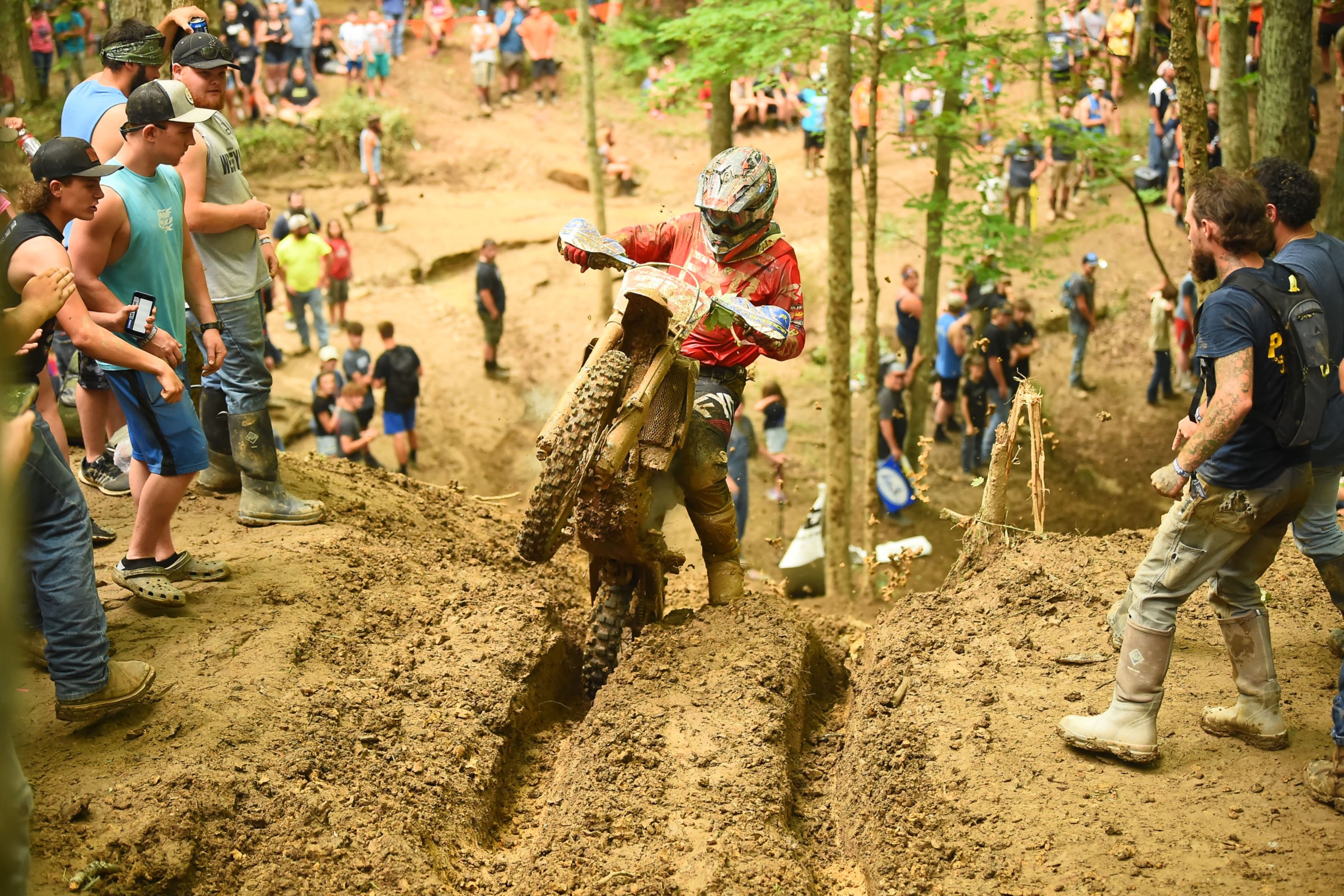 GNCC Report 4 Things We Learned at The John Penton GNCC

The 2020 The John Penton GNCC would mark the 31st edition of the race, now the oldest event on the current Grand National Cross Country (GNCC) Series schedule. Originally joining the series as the Burr Oaks GNCC in 1990, the event was renamed to The John Penton GNCC in the early 2000s to pay tribute to Mr. Penton himself, who hails from Ohio, and revolutionized the off-road racing game by importing KTM motorcycles to the U.S.. This event is also notorious for being very muddy or very dusty and sometimes both! Seems difficult for that to happen, but it was again the case this year. Here’s what we learned.

As mentioned in the introduction, this event has become notorious for its varying conditions. The last several years have leaned more toward the muddy side than the dusty side, but this year’s event sat squarely in the middle. The weather forecast called for rain all week leading up to the event and through the weekend. Many folks were expecting a full-blown mud race, but other than a couple of short, small, rain showers, those heavy rains managed to miss the track all weekend.

The track did get hit with rain the weekend prior, which left some portions of the course saturated and didn’t completely dry out before the event. This means that there were some portions of the woods left slick and just a bit muddy while other portions of the course were dry and dusty, but the majority of it was just about perfect. Many folks also said these turned out to be the best conditions the event has seen in a long time, and when riders are enjoying the track it can make the racing more exciting.

While we’re on the subject of the racecourse itself, likely the most infamous part of The John Penton GNCC track is simply called The John Penton Section. This section is typically reserved solely for the 1 p.m. pro bike race due to its tough, old school, rugged layout. The Penton Section was skipped in 2019 due to extremely wet conditions, but was added back in for 2020.

While it wasn’t the toughest or longest layout The Penton section has seen, it added another factor to a challenging racecourse. The Penton section featured several uphill, downhill, and off-camber areas through some somewhat tight single track, and one short grass track section about halfway through to give the riders a break before tackling more single track.

The toughest part came at the very end when riders had to cross a section of deep mud and climb their way back up to the road crossing to exit the section . As the race wore on, this became more and more difficult but GNCC racers are a hearty crowd and they made it through without too much difficulty, thanks to some of the famous GNCC Mud Fleas [fans] coming to their aid.

Ben Kelley would actually lead the opening lap of the event, but on lap two Russell would up the pace and pull ahead of the pack. Kelley was left battling with Josh Strang for a bit, and then Grant Baylor found his way into the mix. Strang and Baylor would ultimately push each other away from Kelley, who would settle in for fourth place on the day. Strang and Baylor managed to keep Russell on his toes for the majority of the race as they hovered less than 20 second behind until the final lap.

Russell had likely been conserving energy for some of the race, as he was able to pull a gap over Strang and Baylor on the final lap to finish just under a minute ahead. This left Strang and Baylor in a private battle down to the finish with Strang ending the day second, just a mere four seconds ahead of Baylor. As mentioned earlier, Kelley would hang on for a fourth place finish while Jordan Ashburn rounded out the top five.

The heartbreaker of the day would go to Andrew Delong. Andrew had been running near podium contention for the past few rounds, and suffered freak mechanical issues. That would happen once again at The John Penton GNCC but this time on the opening lap when Delong’s chain guide ripped off in The John Penton Section, and ultimately caused his chain to wad up around the front sprocket and become wedged against the shifter. Hopefully Delong’s bad luck streak comes to an end soon as he definitely has the potential to return to the podium.

This season’s battle for the XC2 championship has been one of the closest and most hotly contested battles since the inception of the XC2 class in 2007. The previous three rounds have seen three different winners, and these three riders have also held the points lead at one point or another thus far in the 2020 season. This round turned out to be the biggest runaway win so far, but would also see several different riders run in podium contention at various points.

Craig Delong was the man to beat in the XC2 class all day long, eventually ending the day with the win, nearly three minutes ahead of second place. However, the battle for the remaining podium spots would see several position changes throughout the day. Jonathan Johnson would hold the second place spot on the opening laps, then drop to third before finding himself outside the top five later in the race due to a late race crash.

Cody Barnes held third for the opening laps, then worked his way into second where he would end the day for his first podium of 2020. Johnny Girroir worked his way from fifth place to third, bouncing back from his sixth place finish at the previous round. Michael Witkowski came from as far back as seventh place to end the day in fourth, while Ryder Lafferty rounded out the top five.

In the XC2 title hunt, Craig Delong holds an eight-point lead over Witkowski while Johnny Girroir sits third just a total of 14 points out of the lead. With one round remaining before summer break, all of these guys want to get momentum on their side, which could very well make the next round the most intense XC2 battle so far in 2020.