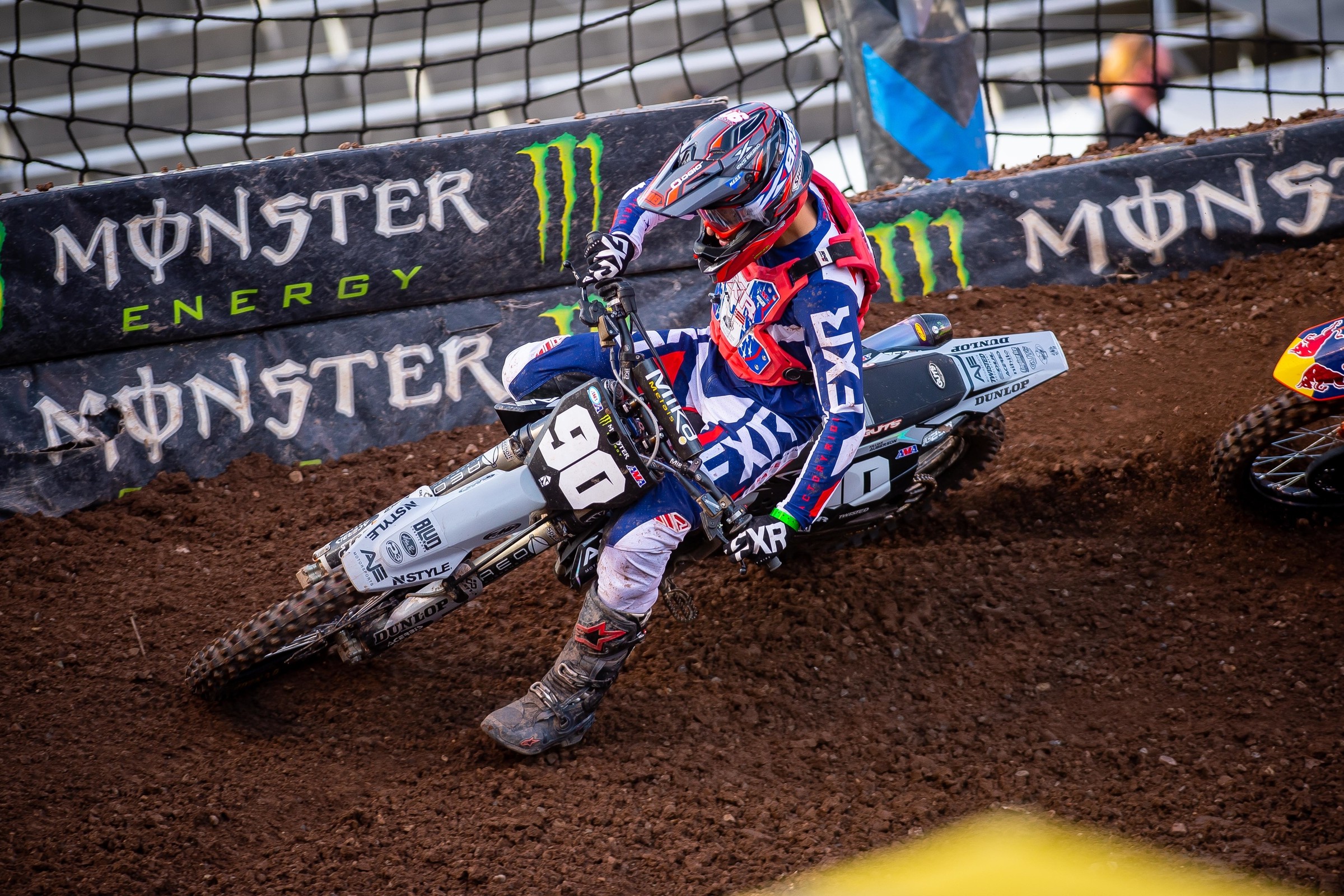 Comment: Anstie is working on being ready for the Lucas Oil AMA Pro Motocross Championship after being sidelined before the season with an Achilles tendon injury.

Comment: Bogle is out after a sustaining a serious concussion in Glendale.

Comment: Cianciarulo sustained fractures in his back when he crashed and was run over at SLC 1. He hasn’t raced since and won’t race the finale. He should be ready for the Lucas Oil AMA Pro Motocross Championship.

Comment: Martin tore his ACL, sustained a torn patella tendon, a broken big toe, and two broken metatarsals in St. Louis. He’s had surgery on his ACL and is ahead of where he’s supposed to be in his recovery. He hopes to be able to race a few nationals at the end of the season.

Comment: Merriam crashed while practicing several months ago and sustained five fractures in his pelvis, dislocated his pelvis, and tore ligaments in the pelvis. He’s back on his feet but not a motorcycle. He’s out for the foreseeable future.

Comment: Musquin is out for the season due to a knee injury suffered before the season. On Instagram he’s mentioned several times he hopes to be ready for the nationals.

Comment: Savatgy is focusing on being ready for the start of the Lucas Oil AMA Pro Motocross Championship.

Cheers to the weekend ???? solid week at the @goatfarmmx and another week closer to getting back to racing some @promotocross

Comment: Bailey broke his thumb at SLC 3 and is out for the East/West Showdown.

Comment: Crown missed the SLC leg of supercross due to a concussion suffered in Atlanta.

Comment: Hampshire underwent surgery to repair a torn ACL. The team hopes he can be back for some nationals.

Comment: Harlan was hoping to be back for SLC 6 after a crash left him with a sore wrist, but after riding on Monday he realized it wasn’t going to work out. He’s out for the finale.

Comment: Hill is out for the rest of supercross after dislocating and fracturing his hip while practicing several weeks ago.

Comment: Marchbanks crashed at SLC 3, which prompted a red flag. The original hope was that he’d be okay, but the team announced that Marchbanks will not compete in the remaining rounds of supercross to work on recovering fully from his “bruised lung and other internal injuries” with a focus on being ready for the start of the Lucas Oil AMA Pro Motocross Championship.

Killian Auberson – NECK, BACK | OUT

Comment: Auberson had an unfortunate crash while practicing on Tuesday in Utah. He’s undergone surgery to repair a fractured vertebra in his neck. Auberson is currently experiencing paralysis from the chest down, due to excessive swelling and damage to his spinal cord. He is expected to be in the ICU for quite some time, which isn’t going to be inexpensive. To help Auberson financially, visit Road 2 Recovery.

Comment: Brown broke a bone in his thumb and will sit the remaining supercross rounds to be ready for the Lucas Oil AMA Pro Motocross Championship.