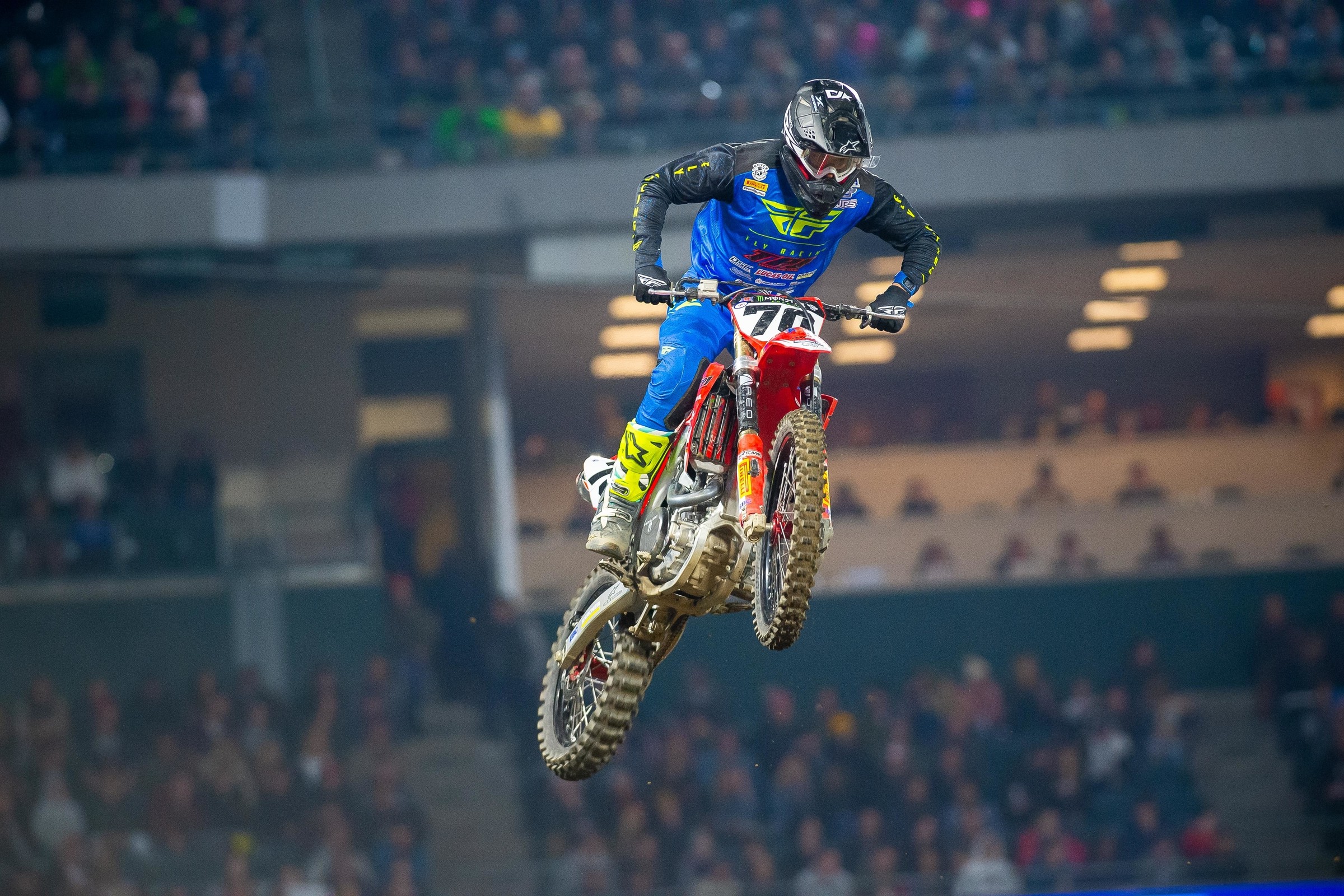 Comment: Anstie had surgery on his Achilles tendon in December before the championship and is focusing on being ready for the Lucas Oil AMA Pro Motocross Championship.

Comment: Bogle had a bad crash in Glendale and sustained a serious concussion. He’s out for the remainder of supercross.

Comment: Cianciarulo crashed and was run over at SLC 1. He sustained fractures in his back and will sit out the rest of supercross.

Comment: Merriam crashed while practicing several months ago and sustained five fractures in his pelvis, dislocated his pelvis, and tore ligaments in the pelvis. He started walking roughly three weeks ago, but isn’t getting on a motorcycle any time soon.

Comment: Musquin’s recovery from a knee injury sustained before the season is turning out to be a long one. He’s said on Instagram he hopes to be back for the Lucas Oil AMA Pro Motocross Championship, but he won’t be racing any supercross.

Comment: Savatgy broke his heel before the season in Australia. He’s back on the bike and is getting ready for the Lucas Oil AMA Pro Motocross Championship.

Comment: Bailey injured his thumb at SLC 3. He hopes to be ready for the next 250SX East race.

Comment: Crown is out for the reminder of supercross due to a concussion suffered in Atlanta.

Comment: Hampshire underwent surgery to repair a torn ACL in his knee and is out for supercross.

Comment: Harlan hopes to be back for the next 250SX East race after a crash left him with an extremely sore wrist.

Comment: Hill will miss the remaining rounds of supercross due to a dislocated and fractured hip suffered in a crash while practicing at ClubMX.

Comment: Marchbanks crashed at SLC 3. He’s sore but hopes to be back for the next 250SX East race.