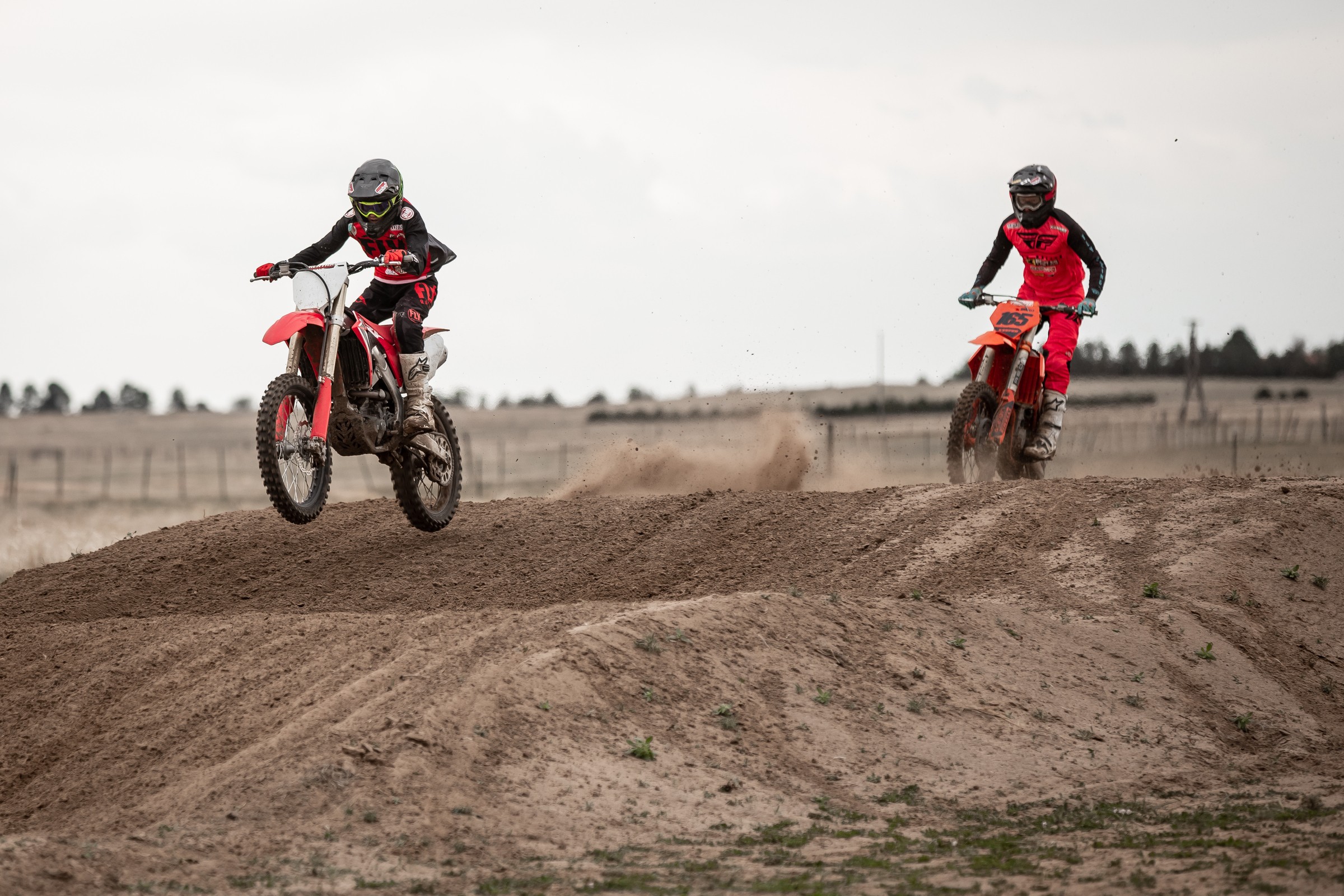 Next The Loretta Lynn's Journey With My Son

“Dad, are we going riding today”? That is the phrase most of us moto fathers out there want to hear when our kids are old enough to ride. My son Aden didn’t really start asking me to go ride until he was about 11 years old. Since then, however, that phrase right there has been stuck on repeat for three years! They say, “be careful what you wish for,” right? Being that Aden has been around dirt bikes all his life, I was surprised it took so long for him to really like the sport, but he has and now we are trying to take the journey to Loretta Lynn’s together. I went to Loretta’s in 2017 for the first time in my life (with my wife, Heather) and had a great time! At that time, Aden wasn’t that interested in going, so we didn’t want to waste money on a kid that wasn’t going to be all in, because as you all know, getting to Loretta’s is expensive.

Yeah, you know that little thing called money? Yeah, we are not a family that has a ton of money, so we wanted to wait until Aden was really engulfed into the sport. He had to show me certain things like getting all his grades to a B, doing all his chores without having me ask him, and of course making sure he gets his off the bike strength up in the gym. When my wife and I went back in 2017, we spent almost $8,000 from the time we started area qualifiers until the time we got home from Loretta’s, so the commitment has to be there from both parent and racer. Fast forward to 2020 and we are up in Colorado right now getting some elevation training in as well as riding farm tracks that have deep dirt to practice on. Southern California isn’t exactly the best training grounds to get ready for the Tennessee dirt, so we are here in the Rocky Mountains. I am the type of dad that wants to make sure my kid has all the tools to succeed, but more importantly has the technique and skills to keep him safe. I could care less if he wins a title or not, but I am damn sure not going to send him out to race the 125 C class without some proper knowledge on what the conditions will be like at Loretta’s.

Going back to when Heather and I decided that Aden was going to ride a dirt bike, I started Aden out on an electric Oset trials bike just so he could learn how to weight his pegs as well as stand up. Now when he’s riding out at our local tracks, people always come up to me and comment about his riding style and how much he stands up. That’s directly due to riding a trials bike early in his life! I always preached to him, “work on corners and don’t worry about the jumps.” I am also the dad that gets very upset when he does something stupid on the track without using his head. I am hard on my kid when it comes to using his head! I am not hard on him when it comes to his results. Results come when kids are having fun and feel safe. If they feel pressured and not safe, then that’s when injuries can occur.

So, with all that being said, Aden and I will be lining up June 20-21 at the Fox Raceway at Pala Southwest Regional to try and qualify for the Loretta Lynn’s AMA Amateur National Motocross Championship. Aden is looking to qualify in the 125 C and 250 C Limited classes, and I will be going in the Senior 40 class. Getting to spend quality time with my son and share the same passion is something that you can’t put a price on. As long as he puts in the work, the correct way, I will put the work in for him. Getting to Loretta’s is not only a destination, but it’s also a tool to build a work ethic that will last him a lifetime.

My family and I are looking forward to the experience and hope to see more father and son teams at the ranch this summer!