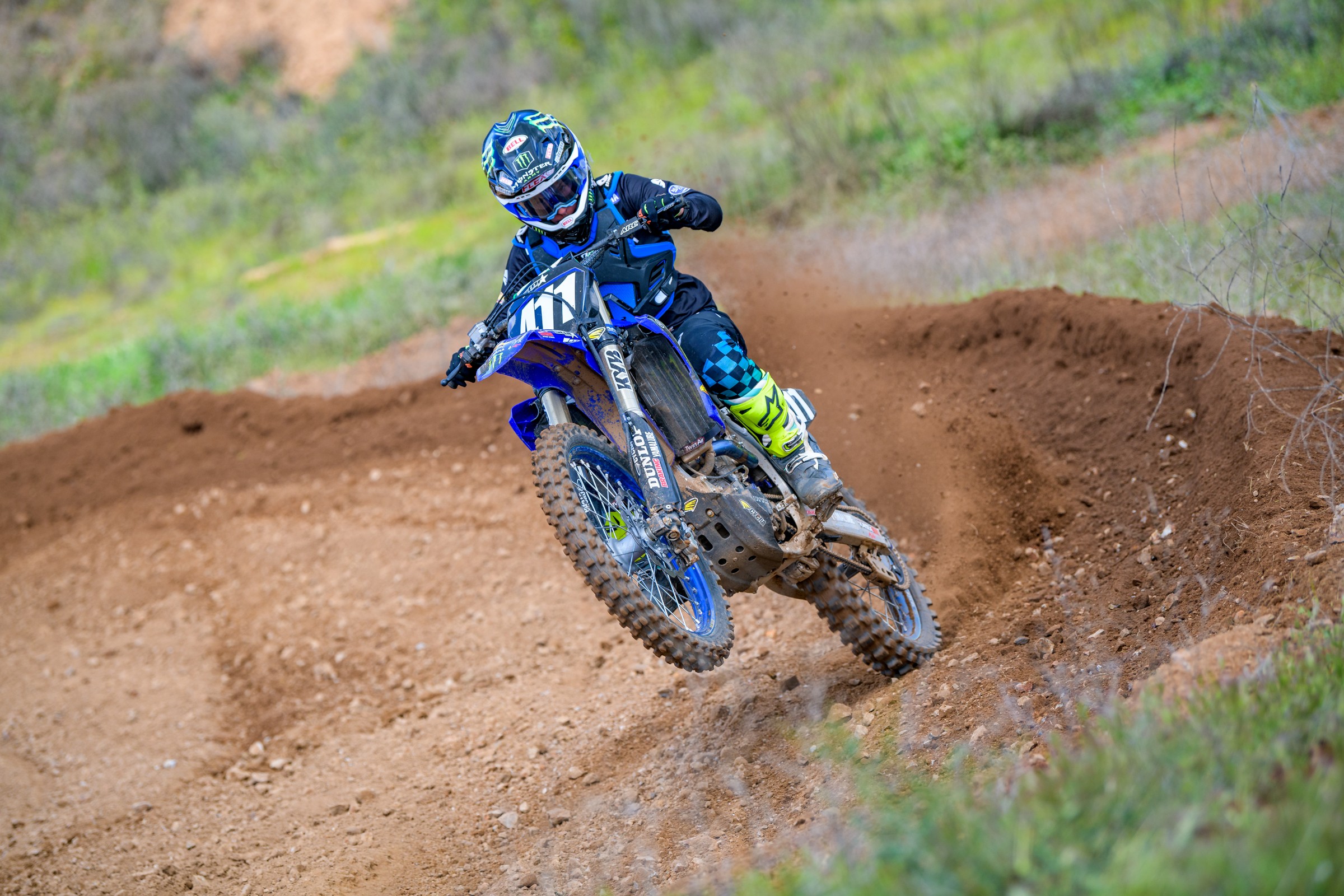 Racer X: How has 2020 been for you?
Nick Romano: Two thousand twenty has been alright for me. I started off the year doing Anaheim 2 Supercross Futures and then I unfortunately got hurt there. Broke my collarbone, so I had to take about a month off. Ever since then it’s been a good learning process. I’m out here in California with my team training, riding, and working out. I’ve been learning a lot with the bike and I’m finally getting used to it going from an 85 to a 250. It was a big step but it’s been a good few months. I’m excited for these next few races.

What are your next few races?
I’m going to do the Utah regional [for Loretta Lynn’s] here in about two weeks. Then the Pala regional as a backup.

So Mini Os was you first race on the bigger bike, how was that transition going from an 85 at Loretta’s to a 250 just a few months later?
It was a wild transition, honestly. Going from an 85 at Loretta Lynn’s and then straight to a 250 kind of blew everyone’s minds, even mine. I was a bit nervous at first but then I learned a little bit out here in California, I was out here for a month and a half before Mini Os. I went to Mini Os just wanting to have fun and do the best I could, get used to the bike. I had a pretty good week there, I would say. I won a few heat races in supercross. I got third in 450 B and fourth in 250 B in Supercross. Led a lot of laps. Unfortunately I went down a few times. I did a little better in motocross. I won a couple motos, pulled a bunch of holeshots. I think I ended up second in 450 B, sixth in 250 B, and second in Schoolboy 2. I had a fun week there. So can’t complain.

You also raced 450 B on the 250, how was that?
Racing the 250 in the 450 class with the big boys was tough, some of those guys being 4-5 years older, I knew that they didn’t wanna get beat by me since I am younger and coming from an 85, but at the end of the day I’m racing them like I would race anyone else and going for the win, no matter what size bike.

What was the deciding factor to skip 125s?
It was kind of just the deal that we had. Star approached me a few years back and we turned them down. They came up to us again at Loretta’s in 2019. I couldn’t turn it down. I was wanting to go to a 250 anyway. They gave me the option to ride a 125. My dad and I decided 125 isn’t really big anymore—250 is where it’s all at.

What kind of stuff have you done during the quarantine to keep busy without racing?
Schoolwork with On Track, training, indoors/outdoors, my fitness. Definitely doing quite a bit of riding. Definitely a lot of schoolwork.

How did you get into racing motocross?
My dad used to ride a little bit way back. Him and his friends used to just have fun. Then I got my first PW50 when I was three and kind of started from there.

Do you have plans for turning pro yet?
I’ve talked about it a little bit. I’m trying to go pro as young as I can, so maybe 16. Like I said, if everything goes smooth and I stay healthy possibly Hangtown 2021.

So you live with your team manager, Wil Hahn, how’s that been?
It’s definitely pretty fun staying with him. He’s a great guy. He’s funny. He takes his stuff serious during the day and then at night we have fun, play Xbox, and do all the basic things.

Watch Romano and his Monster Energy/Star Racing Yamaha teammates in the video below: