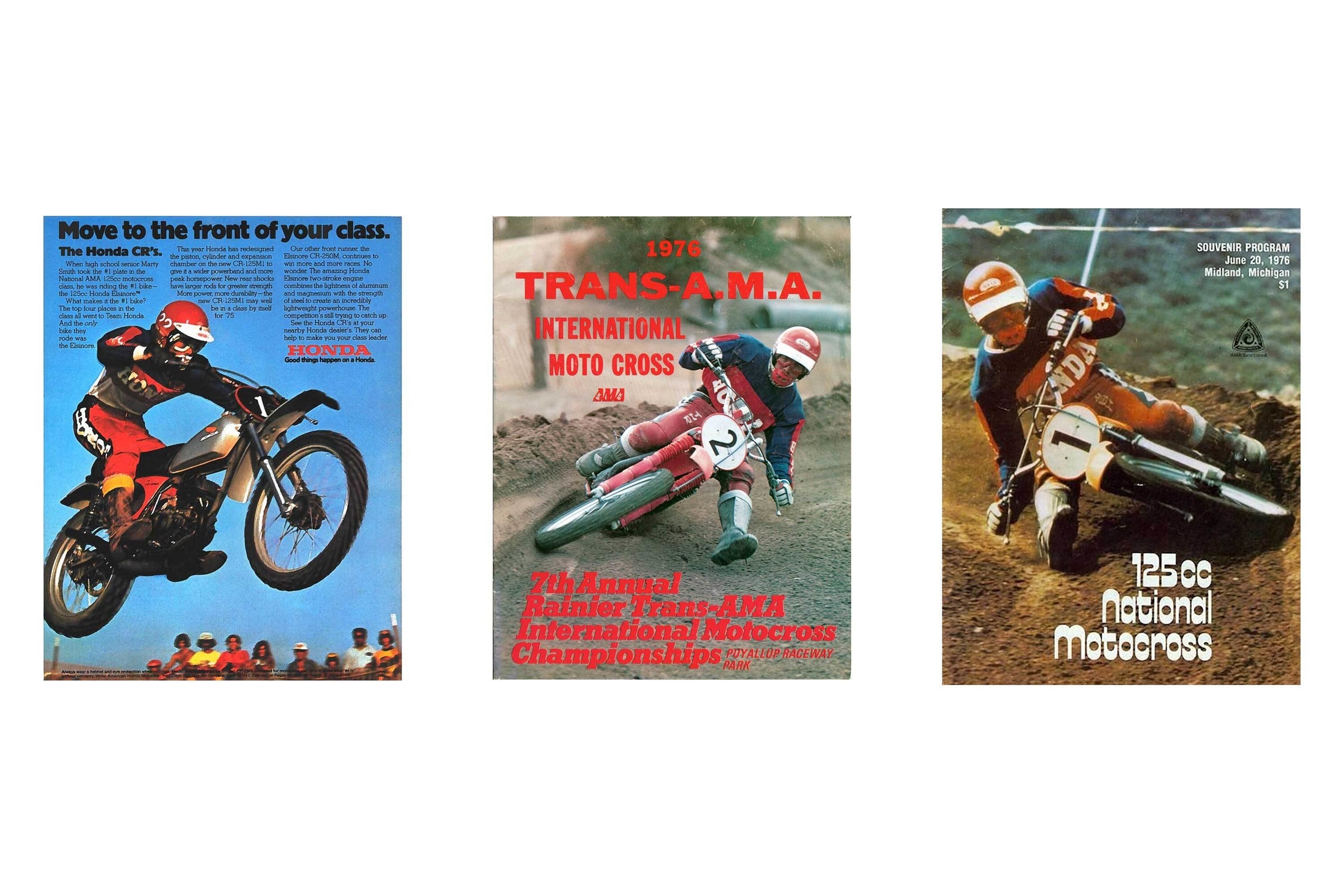 When the motocross world lost Marty Smith earlier this week, we lost one of the most remarkable and charismatic talents the sport has ever known. A teenaged hotshot from San Diego, he turned pro with Team Honda in 1974 and won the first-ever AMA 125 National at Hangtown, as well as the first AMA 125cc National Championship. He repeated the following year in even more dominant fashion. He also became the first American to win a 125cc Grand Prix. He would eventually add AMA Supercross wins, 250 National wins, Trans-AMA wins, and finally the 1977 AMA 500cc National Championship. All the while his stardom grew, and by the time he was at his zenith he was the most recognized American motocrosser of all.

With his laidback demeanor and matinee-idol looks, he became the poster boy of that early era of American motocross, helped along by the classic “Bionic Motocrosser” poster that Motocross Action created when they named him their 1975 MXA Rider of the Year. Even as injuries began to derail his career in 1978, he remained one of the best known and most marketable riders, right up until his relatively early retirement at the age of just 24.

For this week’s List, we wanted to document the career of Marty Smith, who perished on Monday, along with his wife Nancy, in a dune buggy accident in the southwestern desert, through some of his win ads and covers from back in the day, up until the end of his AMA Motorcycle Hall of Fame career.