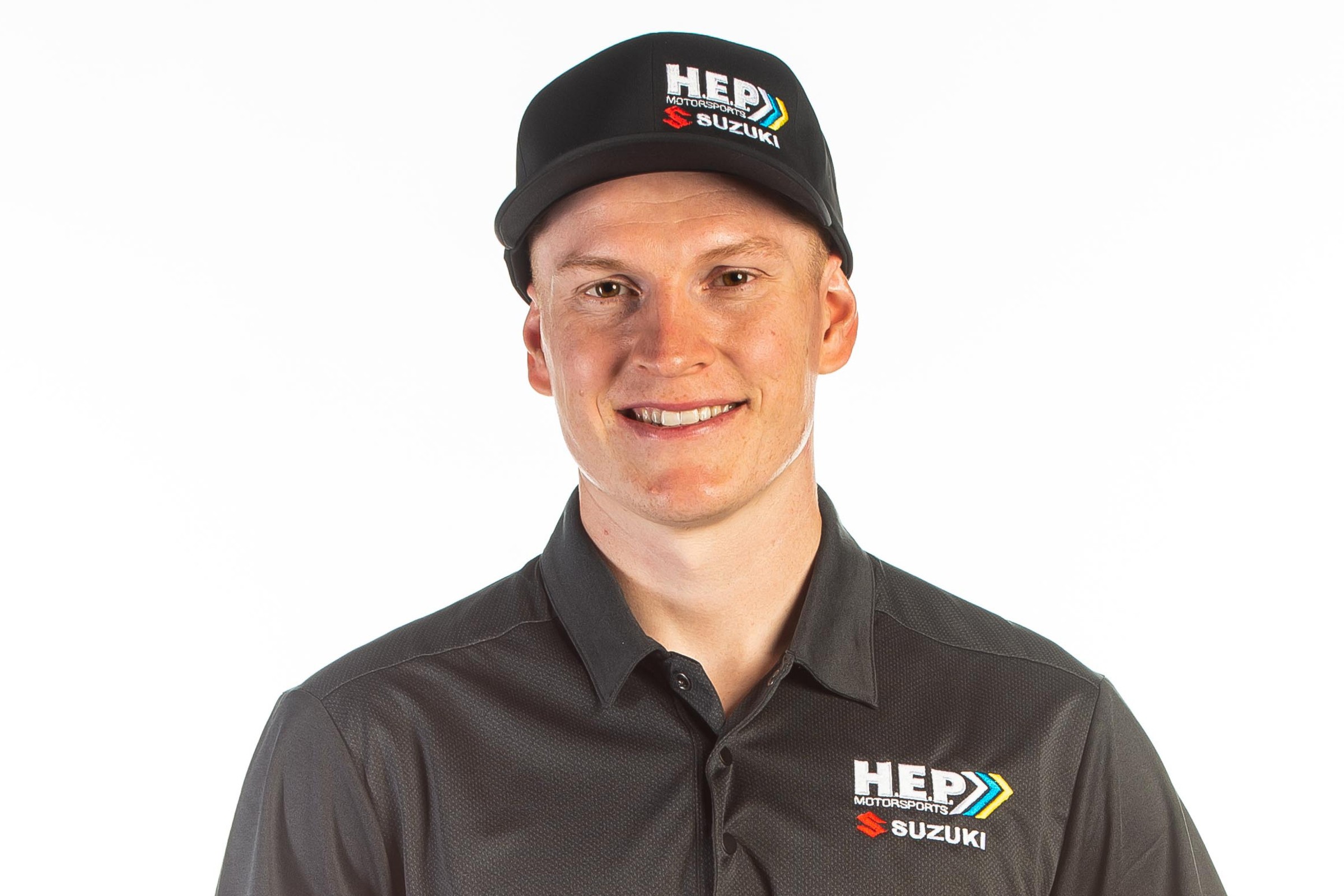 Max Anstie was set to make his return to racing here in America back in January, but a freak accident while practicing resulted in an injured Achilles tendon. Just like that, the Brit’s supercross season was over before it started. The good news is, Anstie’s recovery is ahead of schedule and he even recently started riding again with the goal of being ready for the upcoming season of the Lucas Oil AMA Pro Motocross Championship. We spoke with Anstie to learn more about his injury, and how he’s easing back into the grind.

Racer X: Max, how are you?
Max Anstie: Oh, I’m doing alright. Just got back after being out riding a bit today.

That has to feel good, riding again.
It is nice to be riding again. But in another way it’s frustrating because I’m not close to being 100 percent yet. I want to get on with it and keep pushing, but I’ve got to take it easy. It’s just the next step and I’ve got a long way to go to get back to 100 percent. But we’re making progress so I’m really happy.

My smile says it all ???? - so nice to be back on the bike after 4 and a half months off! Step by step we will get there @hepmotorsports

I bet! Is this the longest you’ve been off the bike?
Yeah, I’m at four-and-a-half months. It’s been weird. And since I’ve raced, it was August of last year so, it’ll be nearly ten or eleven months since I’ve raced. It’s strange but it’s the way it goes. At the end of the day people get injured and everyone goes through these kinds of things. I’ve just got to take my time and get back to 100 percent sooner than later.

You hurt your Achilles. What exactly happened?
Well I came over to California and was out riding and bottomed out on a jump and my heel hit the ground. It was a weird thing. It wasn’t normal. As I bottomed out I felt, it was like my calf muscle hurt. What happened was, I came from Europe and only had one set of boots and one set of gear with me. They aren’t the boots I’m wearing now, I just had one set of my old GP boots from last year. They were kind of shot already, but I was thinking it was just going to be a bit of testing. What could go wrong? I basically melted the side of them as I was going through a rhythm section, the hinge part broke, and I got stuck to the side of the bike. I was fine, I didn’t get sketchy, but I just bottomed out and my heel hit the ground. I couldn’t get my foot off the peg. I went to the doctor afterward and the doctor missed it. He did an ultrasound and an X-Ray and he said I’d strained my calf muscle. After getting cleared by a doctor I went back to riding. I remember talking to Kyle Cunningham about it, we were basically living together at the time, and we were talking about maybe it was scar tissue, or this, or that. I rode another three or four weeks of riding and I told the team I wanted to get it checked. It wasn’t feeling like it was getting any better. So I had a proper MRI and learned I’d torn my Achilles and needed surgery. Here we are four-and-a-half months later. Originally, they told me it was a six to nine-month injury, so I’m already ahead of schedule, but I do need to care for it and take my time. By the six-month mark I should be strong enough to where I’m able to ride hard. I think for the next few months I’ll be cautious. It is what it is and I’ve got to make the best of it.

Check out this video MX Vice did on Anstie recently:

That’s not a very common injury in this sport. What do you even do to stay in shape?
This is my first time with a tendon and for the first six weeks I literally couldn’t do anything, except maybe some upper body stuff. For the first few months I was just trying to keep the blood flow going and not be sitting at home doing nothing. You’re so used to being able to work out and push your body, and now you can’t. In the last three or four weeks, I’ve been able to train more properly. I’ve been able to cycle a little bit, but even stopping at stop lights it’s weird on that one side. But I’m at least able to go out and do things and train. I can’t train as hard as I’m used to, but I’m getting there.

It’s looking like there’s an outside chance there might be some supercross in May. If that actually happens will you be there, or are you focusing on the nationals?
I’m still two months out, so it’ll be the outdoors when I’ll be able to race competitively. At that point it’ll be six-and-a-half months. A lot of the guys are probably trying to pull their hair out trying to figure out what they can and can’t do, but for me, every week I get is better for my recovery. My whole focus is getting my body and myself back as strong as I can so I can be competitive to start with. It’s not going to be easy and I still have to do a lot of testing with the team. I’m riding, but I’m riding slowly. I’m not at a level where I can do things properly. I don’t want to set myself back any further with this injury.

So as far as the nationals go, do you have any goals set or are you planning on taking it as it comes?
I don’t know where I should expect to be. It depends a little on whether they do supercross first and then go to outdoors. If they do that maybe all the guys will be focused on supercross and not quite as much on outdoors. I need to get my foot right and then be competitive. I just want to be competitive, in there, and mixing it up. Obviously I’d like to do well, but at the moment it’s one thing at a time. Focus on my foot, then the bike. Then I’ll take my experience from the GPs, bring it over here, and see where we are. I’m sure there are a hell of a lot of things I’ll have to learn, but I feel like we’ve got potential to do well. I’m working on things as much as I can.